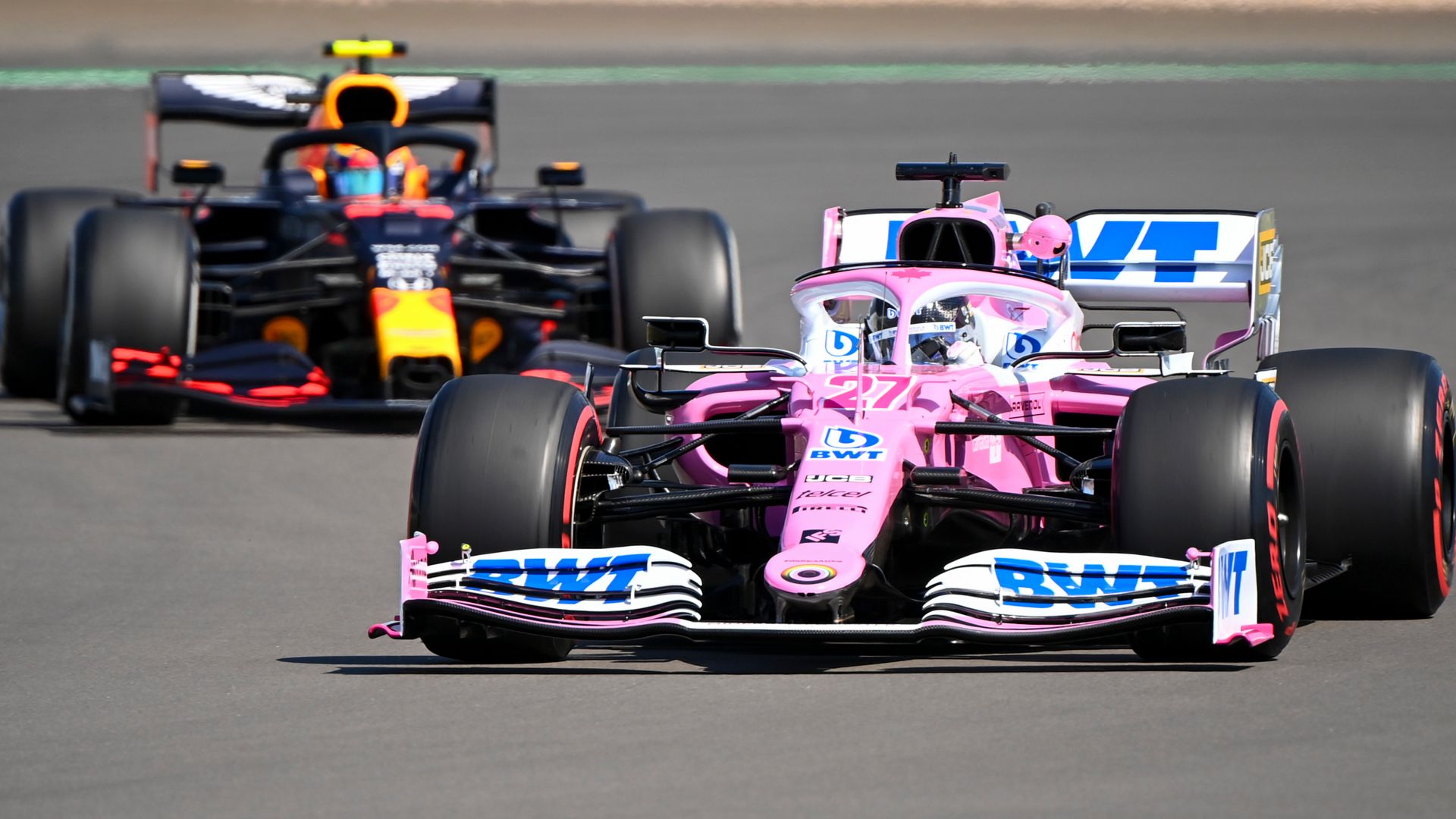 Hulkenberg delivers verdict on F1 call-up and first day in the Racing Point car, as he finishes ninth and seventh in practice; and how many races will Hulk be back for, with Perez self-isolating?

Nico Hulkenberg has lifted the lid on his “crazy” call-up for the British GP, and believes he can deliver for a fast Racing Point this weekend after a solid first day in the car at Silverstone.

The 32-year-old, who isn’t racing in a full-time series this year after losing his Renault seat at the end of 2019, was dramatically drafted in to replace Sergio Perez after his positive coronavirus test on Thursday afternoon.

On his first day back in Formula 1 and after a night of little sleep, Hulkenberg was just six 10ths of a second slower than team-mate Lance Stroll in both sessions – the second of which Stroll was fastest of all.

“The last 24 hours have been a bit special, crazy and wild,” Hulkenberg said after Friday practice.

“At 4.30pm yesterday afternoon I got a call, took a plane here, seat-fitted until 2am, then at 8am this morning [I was] into the simulator for an hour, a bit of prep work. So it was a short night – but all worthwhile.

“I want to thank the team, the night shift guys who did an amazing job to fit me in the car quite comfortably, and the FIA for turning it round so fast on the superlicense. It’s been very special.”

Hulkenberg has actually only missed three races since leaving F1 because of the delayed 2020 season – but his return was still a shock given the lateness of the call, and the fact Racing Point could have picked official reserve drivers.

He admitted he’d been thrown into the deep end because of the “unique and so special” physical challenge Silverstone represents, but still finished in the top-10 in P1 and P2.

“Even though I’m in pretty good shape, these kind of G-forces and especially around here, one of the fastest high-speed tracks, in 35 degrees… I got the best of everything,” he said.

“I think my body will feel it tomorrow and the day after. It’s obviously a huge challenge, but I’m not shy of that one.”

Hulkenberg drove for the team, who were formerly known as Force India, in 2011 and ’12 and from 2014-16 – but a lot has changed since the German was in their ranks.

One of those changes being they are now, on Friday’s evidence, genuine challengers at the front of the grid.

“You see the huge potential, the car is massively fast,” Hulkenberg added. “I think I got to grips pretty quickly with things

“I try to take it step by step today, get up to speed with the car, understand it, it is quite different to [the Renault] last year.

“Every car, it just takes time to inhale everything, understand it, know how you have to drive it and learn. It’s pretty quick around here nowadays.”

Jenson Button: “A night sleeping on it, running through all the data, looking at where Lance is quicker… he’ll come out the blocks tomorrow and be much more competitive.

“But Lance is on it, he’s properly on it. You’d like to see how Checo would be because I really feel that’s one of Lance’s best laps in an F1 car.

“Nico will be hoping for a lot more tomorrow. Racing drivers want to be as quick as they can immediately.”

Karun Chandhok: “Today was about dialling himself in. Tomorrow when we get to qualy, if he can get to within a 10th or two of Lance, that would have been a really good effort.”

How many races will Hulkenberg be driving for Racing Point?

Perez is currently asymptomatic and is self-isolating for at least seven days in an apartment after his positive retest for COVID-19. He would have to return a negative test before he returns to the paddock.

Given there is another race at Silverstone next weekend – the second of an F1 2020 triple header – it seems likely Hulkenberg will have more than one GP with the team.

“And if the government can answer that for us and it’s 10 days, for sure Nico will do two [races].

“The other thing is that Sergio has got to test negative for the virus, it’s got to be out of his system, before he can come into the paddock and that’s part of our COVID-19 code of conduct. That is hard to predict as that can happen in 10 days, seven days or it could take three weeks. That is an unknown right now but, as time goes on, we’ll know more.”