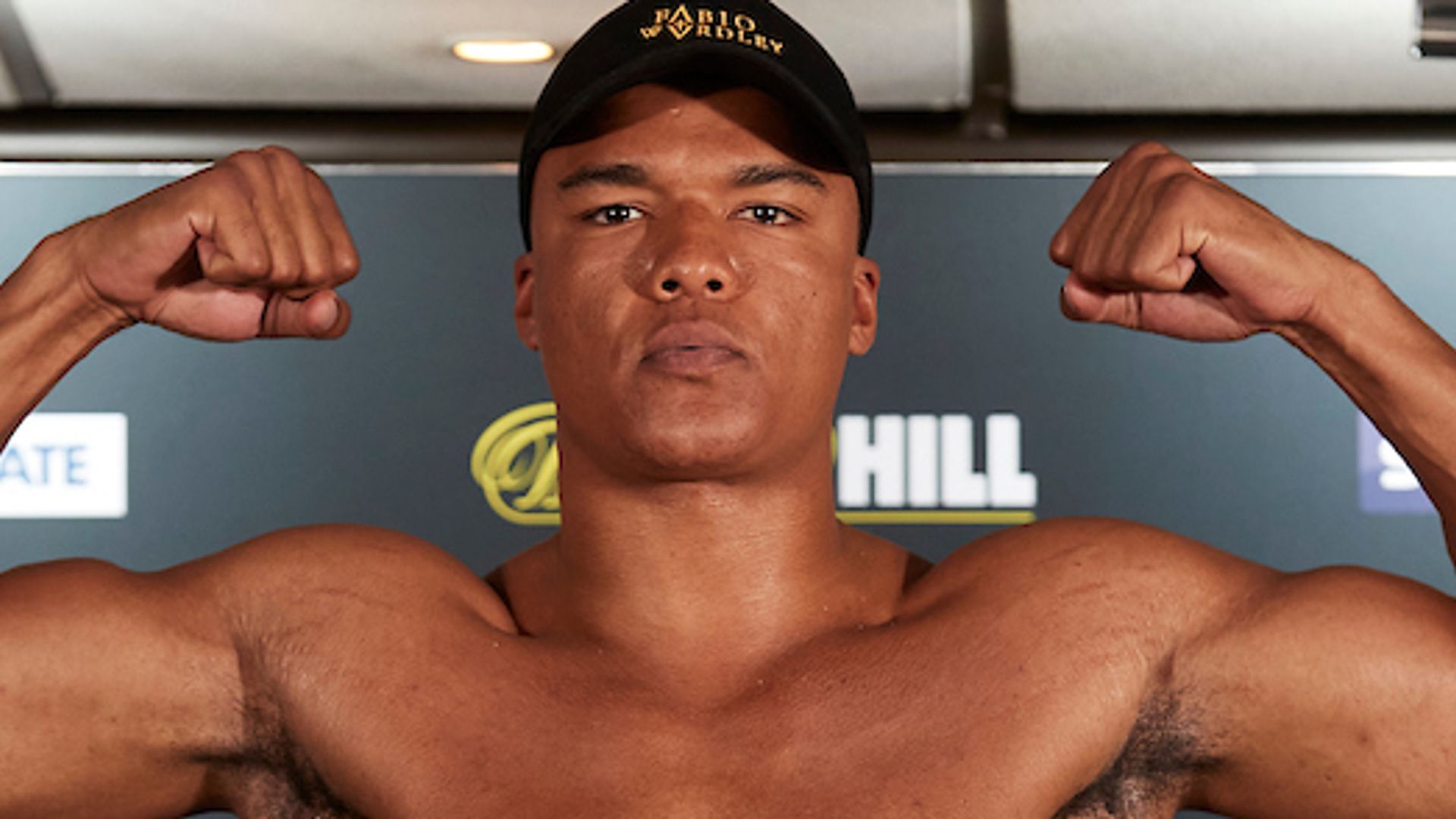 💥 Ready for the fireworks! 💥

The rival heavyweights remained silent when they met again after arguing at Thursday’s press conference.

They will collide to decide the vacant English title on Saturday from 7pm, live on Sky Sports, on the undercard to Sam Eggington vs Ted Cheeseman.

And when Wardley ended their eye contact at their final face-off, Vallily smirked and shook his head.

Wardley weighed in at 16st and Vallily was just one pound heavier.

Middlesbrough’s Vallily had enjoyed a new lease of life as a heavyweight, winning four in a row, after two defeats in the cruiserweight division.

Ipswich’s Wardley, a protégé of Dillian Whyte’s, is unbeaten in eight pro fights but has had his experience questioned by Vallily.

“There were a few standouts on the scales,” said promoter Eddie Hearn. “Vallily looked big and strong.

“He said: ‘I have never felt better’.

Sam Eggington and Ted Cheeseman were both comfortably within the 11st super-welterweight limit when they met on the scales.

Eggington’s IBF international title and his lofty ranking with the governing body are at stake in Saturday’s main event.

Nathan Bennett was 10st and Dalton Smith was marginally more before they meet at lightweight.

Jordan Gill was 8st 13lbs and Reece Bellotti was a pound heavier before a featherweight clash which both boxers have admitted is win-or-bust.