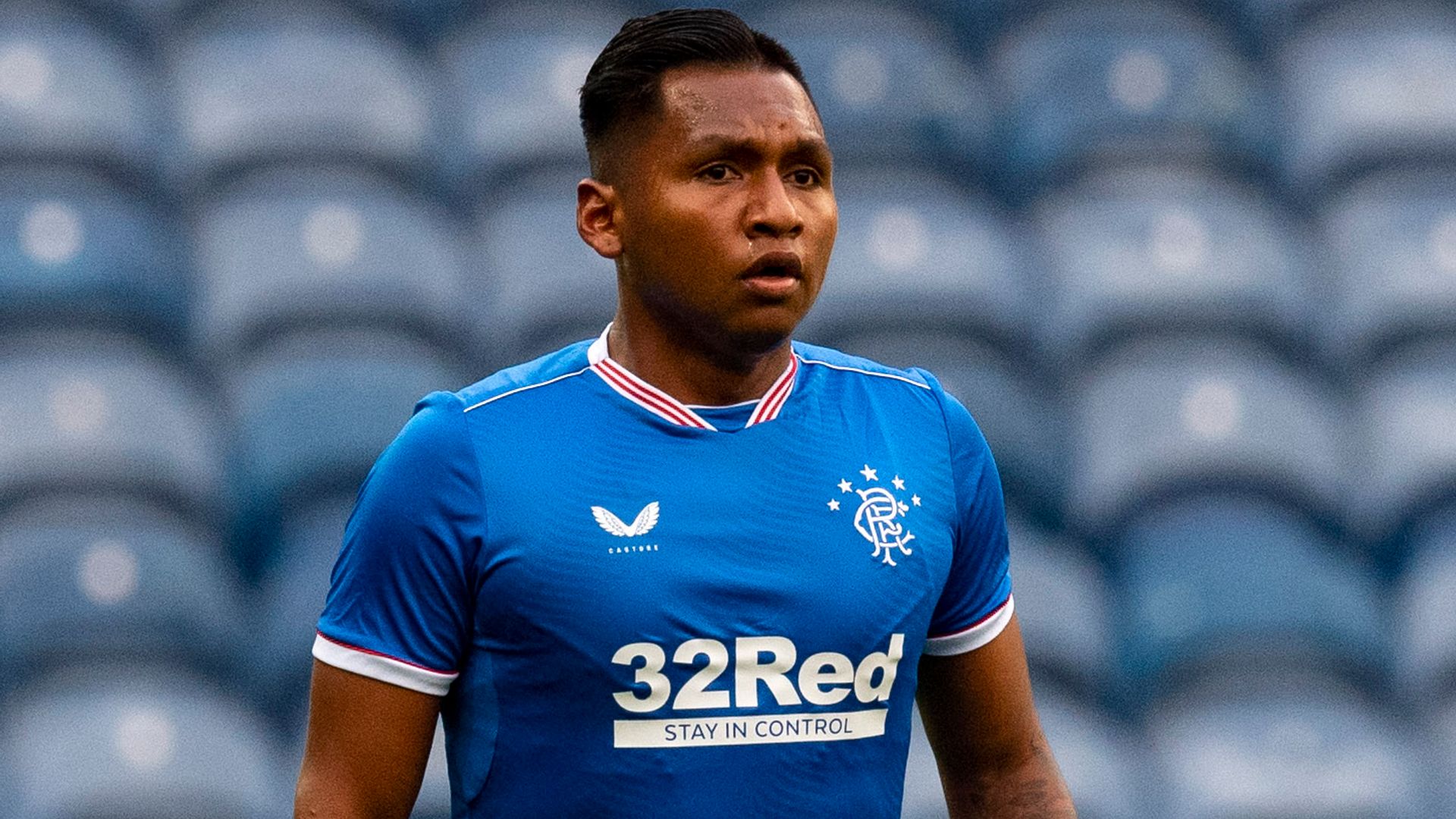 Watch Aberdeen vs Rangers live on Sky Sports Football from 11.30pm on Saturday; Kick-off is at 12:30pm

Steven Gerrard says Alfredo Morelos is available for Rangers’ trip to Aberdeen and that the decision over whether the player leaves the club is “in his hands”.

Much of Rangers’ preparations for the new campaign have been overshadowed by ongoing speculation linking Morelos with a move away from Ibrox.

Ligue 1 side Lille are believed to be the front-runners for the Colombian’s signature, but Gerrard insists players will only be allowed to leave the club if the move is right for all parties and they meet the club’s valuations.

“I think the big news is always Alfredo, I think it always has been for years,” Gerrard said.

“I remember looking in from afar and it was about Alfredo quite a lot of the time there as well.

“That’s something that we are all used to, that is something we’ll accept.

“There is nothing to report on him in terms of his situation, he’s focused, he’s training well and he’s available for tomorrow. In terms of whether he will start or not, you will find out tomorrow 75 minutes before the game.

“It is in my hands and it is in my control. But in terms of – for any of our players – at the end of going out the door, if a valuation is met and we decide collectively that it is the right thing for the football club, we will always be prepared (to sell) in any area.”

Gerrard says his Rangers side will need to control outside pressures as they look to mount a stronger title challenge this season.

Rangers travel to Aberdeen when they kick-off the 2019/20 Scottish Premiership season on Saturday, live on Sky Sports Football, and Gerrard acknowledged his players will need plenty of mental fortitude if they are to halt Celtic’s attempts to claim a 10th consecutive top-flight title.

“Yes I think it’s an area that we have to be extremely strong in terms of attitude and mentality over the course of the season,” Gerrard said.

“For me it is important to try and control the noise. We have to accept that there is going to be a lot of noise, we understand the importance of the season.

“But for me it is the next challenge, that’s always the vital one and that’s Aberdeen. That’s what everyone is focused on at the moment.

“We’re in good shape on the back of what you say is a successful pre-season, but I’m not sure you get much success from a pre-season if you like, but we are going in in good shape and people are looking ready.”