WBA “regular” junior middleweight champion Erislandy Lara is back to training hard, as he waits to receive word on his next ring return.

If a last minute change does not occur, Lara (26-3-3, 15 KO) should be returning to the ring in late August or early September as part of the series of cards to land on Fox Sports from Premier Boxing Champions.

Veteran Cuban coach Ismael Salas, who trains Lara, believes the 37-year-old boxer has the tools, and the personal discipline, to extend his career in a similar manner to Bernard Hopkins, who fought beyond 50. 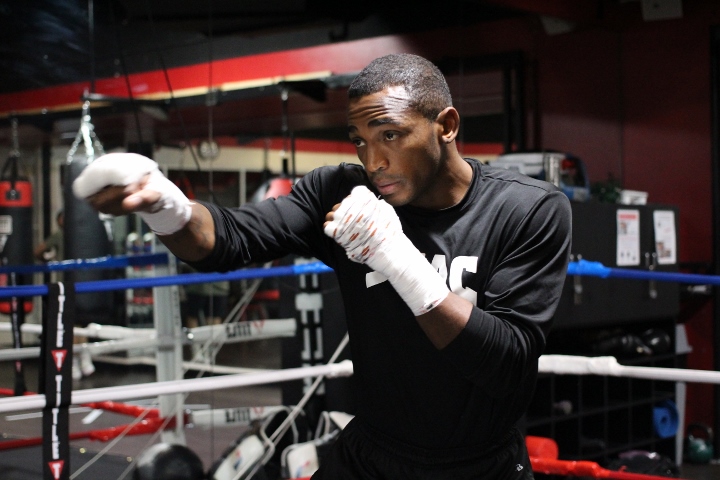 Lara is very unlikely to fight as long as Hopkins, but he might compete until he’s 40.

Outside of the ring, Hopkins always stayed in shape, never partied and always led a healthy lifestyle.

“I have spoken a lot with Lara and we have agreed that if he does what is necessary and takes care of himself as he should, there will be no problem for him to extend his sports life for a longer period of time. He is now 37-years-old, but he is not a beaten boxer nor has he led a complicated life. He can be like Hopkins,” Salas told George Ebro.

The man from Guantanamo has not fought since he demolished Ramón “Inocente ” Álvarez, Canelo’s older brother, in August of 2019. Lara lost a close points split decision to Canelo in 2014.

Until he receives some concrete information, Lara will continue staying in shape with Salas.

“We are preparing very well for whatever comes,” said Salas. “Lara has had an impressive camp. The first camp was good, but this second one has impressed me. Lara is a veteran, he’s almost a teacher.’

“You have to take great care of veteran boxers and regulate the intensity of the camps a lot. Lara has a lot to give in the ring, but he must be very smart. I think he understands that. The best thing for him would be to fight once a season, so we will have Lara around for a long time.”