Dalton Smith, Sheffield’s most successful amateur boxer of all time, only has eyes for the future as he prepares to take the biggest step up in his pro career to date when he fights Liverpool’s Nathan Bennett over eight rounds in Brentwood, Essex on Saturday August 1, live on Sky Sports in the UK and DAZN in the US.

In a glittering amateur career, Smith established himself as one of the very best fighters in the country, winning medals at the Junior European Championships and youth Commonwealth Games, as well as representing Team GB around the World and taking on the very best amateurs on the planet in the World Series of Boxing. 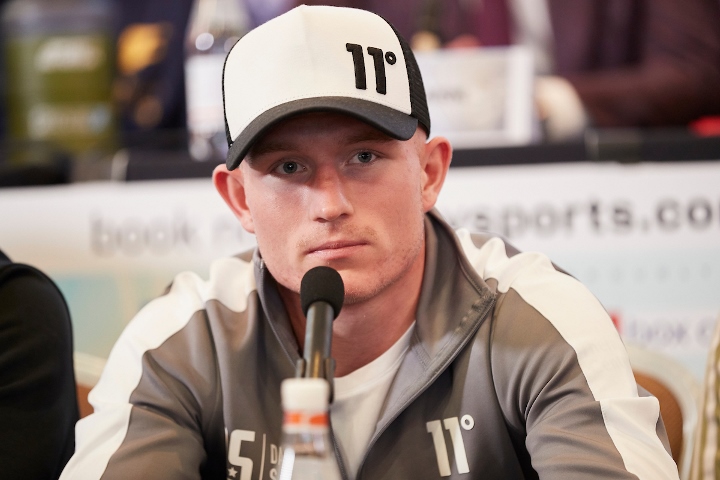 Since swapping his Team GB vest for the paid ranks with Eddie’s Hearn’s Matchroom Boxing in March 2019, Smith has emerged as one of the most exciting prospects in the UK, winning all five of his bouts in impressive fashion and stopping all but one opponent inside the distance.

‘Thunder’s’ successful switch from the amateurs is all the more compelling given he had four operations on his hands before even starting his professional adventure, and the gifted 23-year-old says his hands are feeling stronger than ever as he looks to move 6-0 this weekend.

“In the amateurs I had a lot of hand injuries towards the back of my career and I’ve got the scars to show for it.” said Smith. “I’ve had two operations on my right hand and I had to have a tendon repaired on my left hand. You can see why I say the gloves and the hand wraps have a big impact in the amateurs on fighter’s hands. I’d be going to tournaments, throwing punches but holding back.

“It was like a mental thing where I’d had all of that time off with injuries and operations, I just didn’t want to go through all of that again. You just have to overcome that and have trust in yourself. They’ve been fine ever since. Now I’ve turned professional I get the pro wrap, the gloves are shaped better and I’ve not had not any hand trouble whatsoever.”

Trained by his father Grant at the Steel City Gym in Sheffield alongside former WBC Flyweight World Champion Charlie Edwards and his brother Sunny, Smith has settled well into life as a professional fighter and hopes to replicate his outstanding amateur achievements in the pro game.

“My dad got a trophy cabinet for me to keep all of my medals and trophies together. I used to come back from a tournament and my dad would stack my medals in there. The trophies go back to when I was eleven when I first started competing. It’s nice to look back on my past achievements. It’s something to show your kids when you get older.

“I won National Titles all the way up to the Seniors. Just before I turned professional, I won the Senior ABA’s. I had a good amateur career so it’s nice to see all of my medals and look back on them but I’m in the professional game now and I’ve got new goals to achieve. I’ll have to get a new trophy cabinet now to stick the belts in. The amateurs are passed me now and success in professional game is my new goal.”