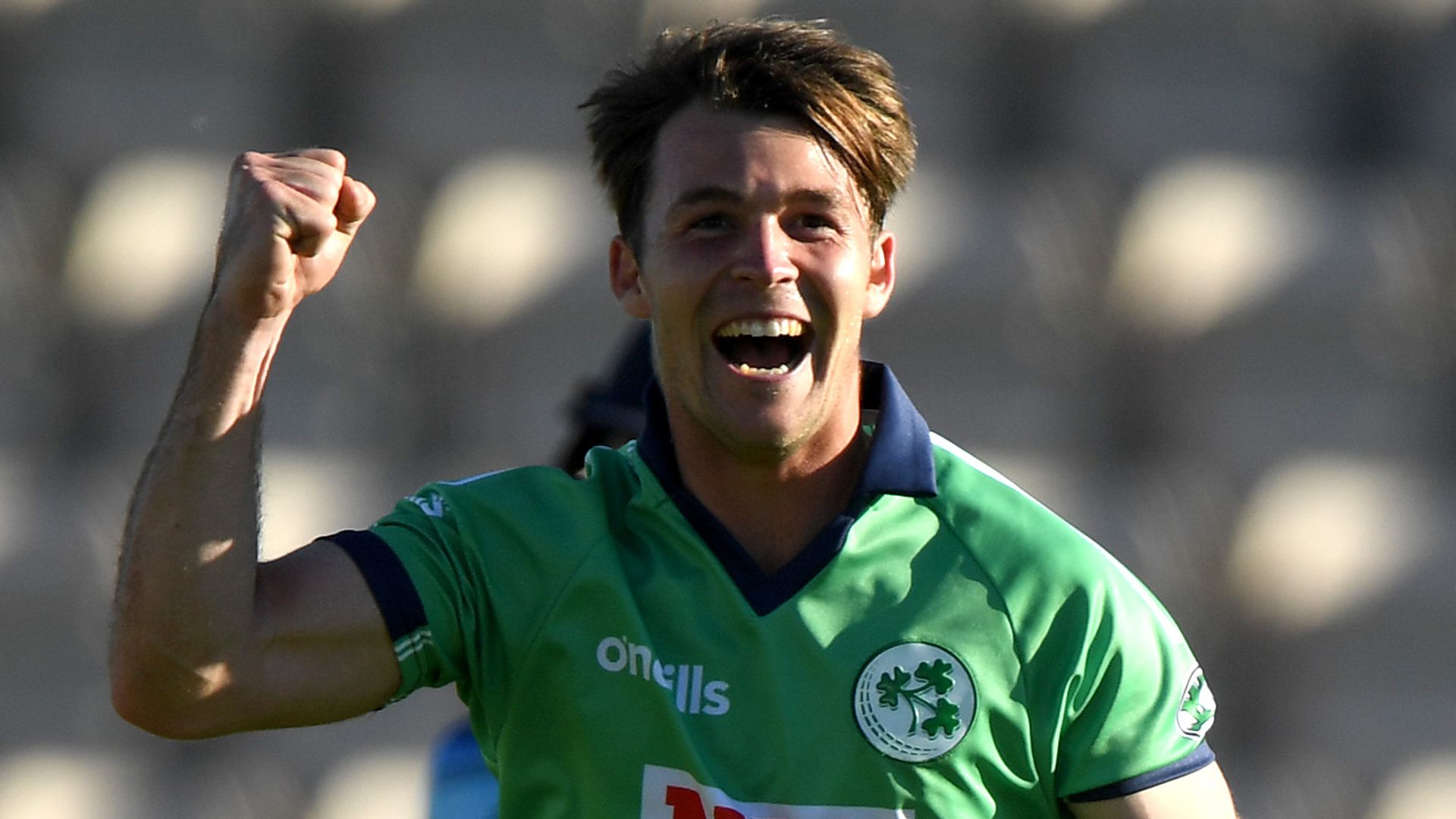 Ireland 1-0 down in three-match ODI series against England ahead of Saturday’s second game, live on Sky Sports Cricket from 1.30pm

Ireland’s Curtis Campher reflected on a “dream” debut after hitting an unbeaten half-century against England in the first ODI at The Ageas Bowl.

The South Africa-born star – who holds an Irish passport by dint of his grandmother being born in Northern Ireland – scored 59 not out from 118 balls, becoming only the third Ireland player to mark his ODI bow with fifty.

Campher, 21, propelled Ireland from 28-5 to 172 all out but England chased down their target inside 28 overs and will wrap up a series victory if they win the second ODI in Southampton on Saturday.

Former South Africa U19 international Campher – who has yet to play a game on Irish soil – told reporters: “This has all just taken me by storm in terms of playing for the national side.

“I didn’t want to make anything a blur because you only have an ODI debut once. To play against the world champions and play nicely was just the cherry on top.

“A couple of months ago I was watching [England] on TV during the World Cup highlights and then having to bat and bowl against them was a dream. It was a real ‘pinch me’ moment, it was an amazing thing for me.” 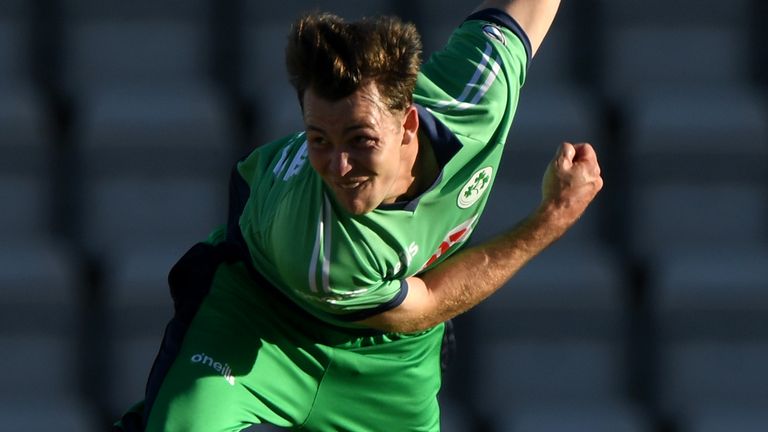 All the coaches back in South Africa and friends and family have been on to me to say congratulations. Everyone has been really supportive. You can’t really hop on the negative stuff, there might be some things out there but I haven’t had a look at it

Speaking to Sky Sports, Campher – who also took the wicket of Tom Banton – said: “I loved it. You can’t ask for a better debut in my eyes. One or two things could have gone differently but it was just taking in the moment.

“All the guys spoke to me and said, ‘just enjoy your debut and relish the challenge’ It’s been the easiest thing to walk into this environment. Everyone’s been welcoming and so good to me.

“Having the backing of all the players, the captain and all the support staff has just been a dream. It’s been an amazing journey so far and hopefully it’s the start of something good.”

Ireland captain Andrew Balbirnie was impressed by Campher and feels the youngster can get even better – though he lamented the fact that the side’s top order were unable to support their team-mate.

“It was as good a debut as I’ve seen in an Irish shirt in the last number of years, and it’s a huge positive to take,” Balbirnie said of Campher.

“I thought it was very impressive for a guy who’s not even played a game in Ireland yet to come in as a 21-year-old and put in a performance like that.

“It was a sort of old-school knock but exactly what we needed – someone to occupy the crease and adapt to conditions, which, as top-five batters, we weren’t able to do.”

Ireland seamer Barry McCarthy has been ruled out of the rest of the series after tearing a muscle in the back of his knee in Thursday’s match, while fellow fast bowler Boyd Rankin will miss Saturday’s clash with a back injury.

Paceman Peter Chase and left-arm spinner George Dockrell have been brought into the 14-man squad as replacements.