Jr. featherweight has been home to some of the best fights of the last twenty-five years. It’s hosted the consensus choice for Fight of the Year or a prominent runner-up more often than most. Since its emergence in the 1970s, the division has developed a legacy worth celebrating.

Two young, hungry contenders have the chance to add to that legacy this weekend. It’s just not the two we were expecting. Leo (19-0, 9 KO) and Williams (19-0, 6 KO) will go with Williams stepping in for the sports latest COVID scratch, Stephen Fulton. Leo and Williams are still proving themselves and they’ll face off with a chance to emerge as a new force in the first of the second half slate from Showtime that set the boxing world abuzz a week ago. Fulton now plays the role of waiting in the wings for the winner. The need for quality replacements in all shows going forward is in evidence right away for Showtime. Lucky for them, an undefeated Williams was positioned perfectly. 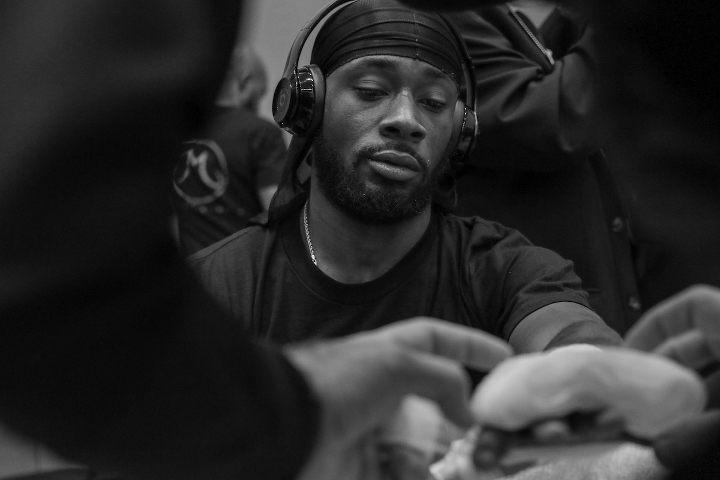 Additional Show to Watch For

Light heavyweight action streams from the UK. Undefeated Lyndon Arthur (16-0, 12 KO) is rated in the IBF top ten and WBO top fifteen at cruiserweight but his last four outings have been nearer the 175 lb. limit. He’ll face Dec Spelman (16-3, 8 KO) for a regional honor as he creeps closer to a title shot somewhere.

Former lineal Jr. bantamweight champion Srisaket Sor Rungvisai (47-5-1, 41 KO) is back in action for the first time since a rematch loss to Juan Franciso Estrada tied their rival at one apiece. One can only hope Sor Rungvisai remembers he’s better as a southpaw from bell to bell going forward. He faces fellow Thai Amnat Ruenroeng (20-3, 6 KO), the former IBF flyweight titlist and two-time Olympian in a fun national rivalry fight.

It’s a marquee that could also be a kitschy breakfast item menu. It’s also a clash with some stakes in the minefield that is the Jr. middleweight division. Sam Eggington (28-6, 17 KO) has won four in a row since a stoppage loss to Liam Smith and, based on their ratings, is scrambling closer to a shot at the IBF belt currently worn by unified titlist Jeison Rosario. Ted Cheeseman (15-2-1, 9 KO) is 0-2-1 in his last three outings but those results came against foes with a combined record of 53-1. We’ll have a good idea of just whether the streaking Eggington is a contender or pretender after this one.