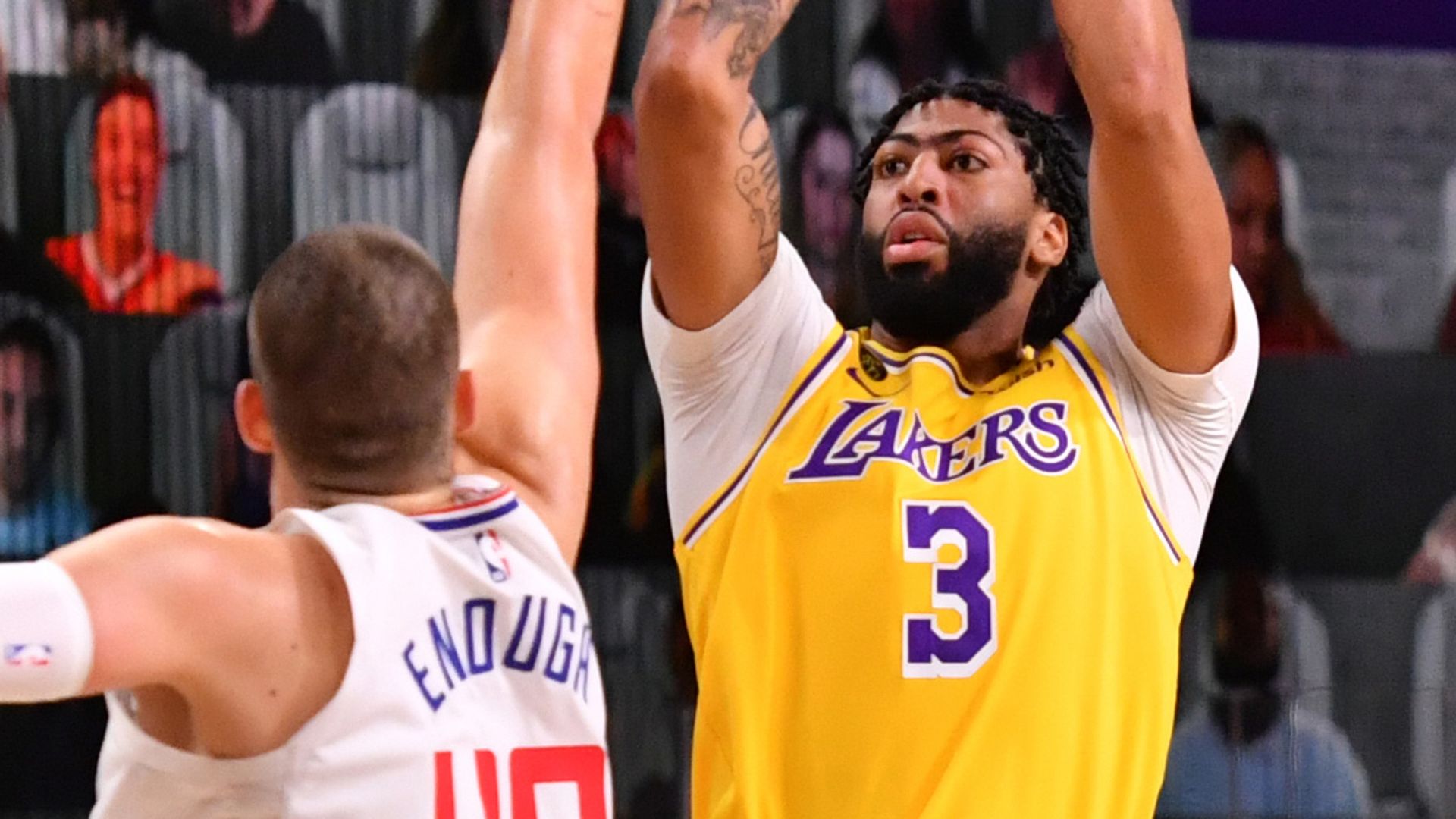 Anthony Davis is the ‘deciding factor’ in the rivalry between the Los Angeles Lakers and the LA Clippers, according to NBA analyst Charles Barkley.

Davis was in superb form in the Lakers’ opening restart game, a 103-101 victory over city rivals the Clippers. The seven-time All-Star scored a game-high 34 points on 8-of-19 shooting and made 16 of his 17 free throws.

Davis played for 35 minutes while LeBron James, whose put-back basket with 12.8 seconds remaining proved to be the game-winning play, saw 34 minutes of action in their first competitive start since March.

The Lakers and Clippers split their four regular season 2-2 and are favourites to meet again in the Western Conference Finals. If that happens, Barkley believes Davis will be the ‘deciding factor’ in a playoff series featuring the LA rivals.

Speaking on Inside the NBA following the Lakers’ win, he said: “Anthony Davis is the deciding factor. The Clippers have the two best wing defenders in the game. (Kawhi Leonard and Paul George) are probably the only guys big enough and strong enough to slow LeBron James down. (James) is only shooting 37 per cent against the Clippers in four games (this season).

“But this guy (Anthony Davis), he is the guy who is going to lead this Lakers team. The Clippers have got nobody who can match up with him. The best thing I saw was not the fact he had 34 points. He had 17 free throws and that was big.

“The Clippers were fouling him because they couldn’t guard him. Doing that is going to get the Lakers into the penalty situation – when a team exceeds four team fouls in a quarter, each subsequent foul results in free throws – a lot sooner in the game.

“As great as LeBron is, at 35 having to score 35 points a night and guard Paul George and Kawhi Leonard, that is not going to happen. That man Anthony Davis, it is time for him. I said a few years ago I thought he was the best player in the NBA. He is going to have to prove it if the Lakers are going to win (a championship).”

Barkley’s fellow analyst Shaquille O’Neal called on the Lakers, with whom he won three NBA titles, to raise their intensity in their remaining seven seeding games before the playoffs begin on August 17.

Inside analyst Kenny Smith said the Lakers’ victory would give them the opportunity to rest their best players prior to the playoffs.

“The Lakers realise in these eight games… they can separate themselves from the Clippers,” he said. “Then they will have time to rest guys because they can’t be caught (at the top of the Western Conference). That’s why they played (James and Davis) so many minutes (tonight).”

“The Lakers didn’t play this game like a scrimmage,” agreed Barkley. “They were trying to get a psychological advantage. I was really surprised by the level of basketball. Yes, the Clippers had 20 turnovers but that was a competitive game out of the gate.”