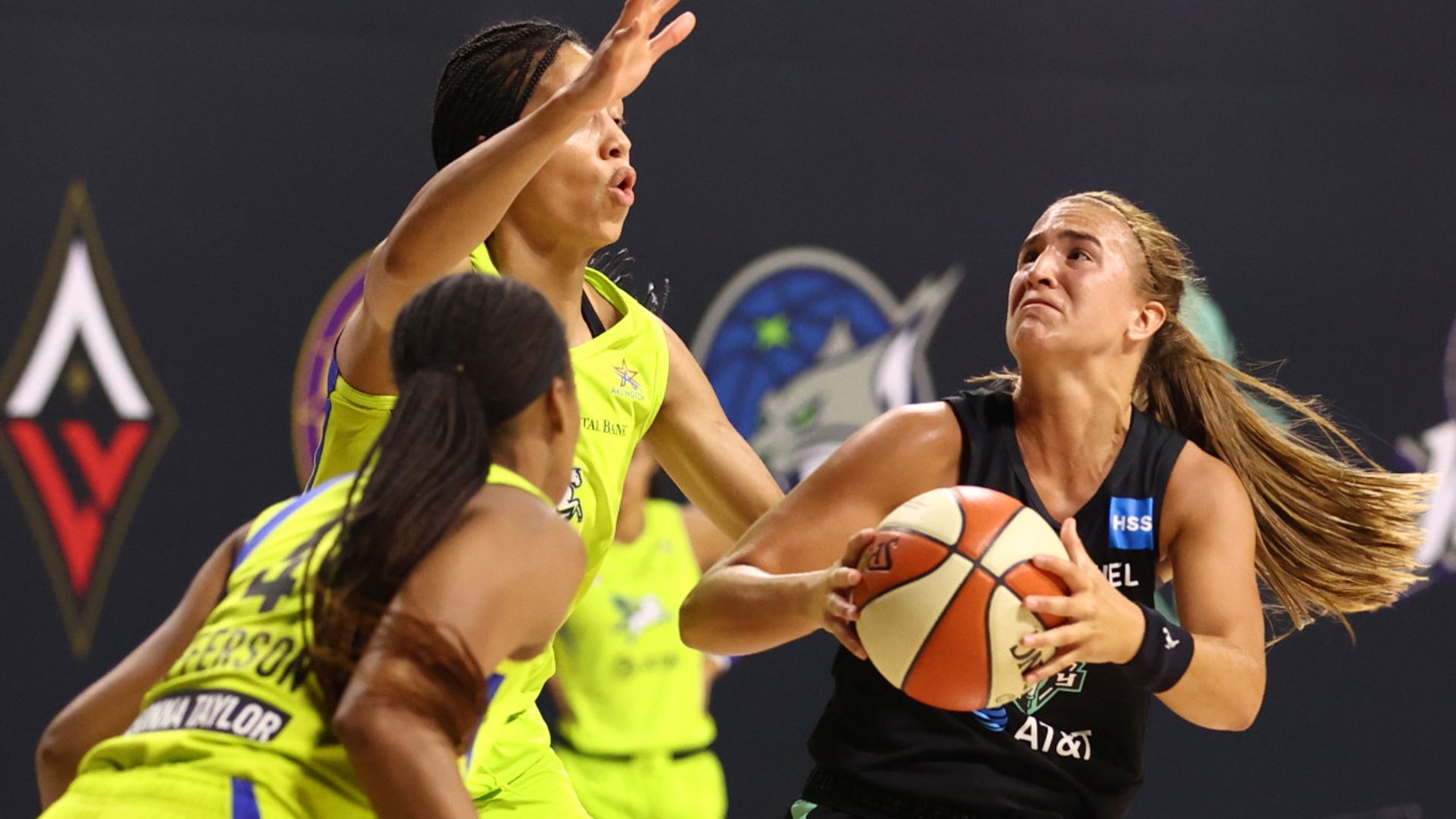 The Dallas Wings defeated the New York Liberty 93-80 on Wednesday night despite a game-high 33-point eruption from No 1 overall pick Sabrina Ionescu.

Arike Ogunbowale led five players in double figures with 20 points as the Dallas Wings earned a 93-80 win over the New York Liberty on Wednesday night.

Dallas’ balanced attack helped overcome a 33-point outburst from Liberty rookie Sabrina Ionescu, who was the league’s No 1 pick in April’s Draft. Ionescu finished 11-of-20 shooting, including 6-of-10 from three-point range, and added seven assists and seven rebounds. Layshia Clarendon was the only other Liberty player in double figures with 11 points.

Tiffany Mitchell scored 24 points, Teaira McCowan recorded a double-double and the Fever held off the Mercury.

Mitchell made all 10 of her free throws, McCowan scored 20 points with 13 rebounds. Candice Dupree added 23 points and nine rebounds in the win, the first for new coach Marianne Stanley.

Mitchell’s three-pointer broke an 86-all tie with 5:56 left and the Fever (1-1) led the rest of the way. McCowan scored seven points in a two-minute stretch to extend the lead to 101-93 with just under two minutes left. But Bria Hartley had a three-point play with 37 seconds left, a 3 with 17 seconds to go, and Skylar Diggins-Smith made 1 of 2 foul shots to bring Phoenix to within 102-100 with 13.6 seconds left. Mitchell sealed the win with a pair of free throws.

Alexis Jones’ three-pointer with seven minutes to go before half-time brought the Dream to 28-26. But Hamby countered with a lay-up, and her basket triggered a 12-1 run over the next three minutes from which Atlanta never recovered.

Lindsay Allen forced a turnover in the backcourt with a steal of Blake Dietrick and converted the lay-up at the buzzer for a 47-35 lead at intermission. A 30-point third quarter extended the lead to 77-54.

Elizabeth Williams led Atlanta (1-1) with 16 points. The Dream shot 5-of-28 from three-point range.