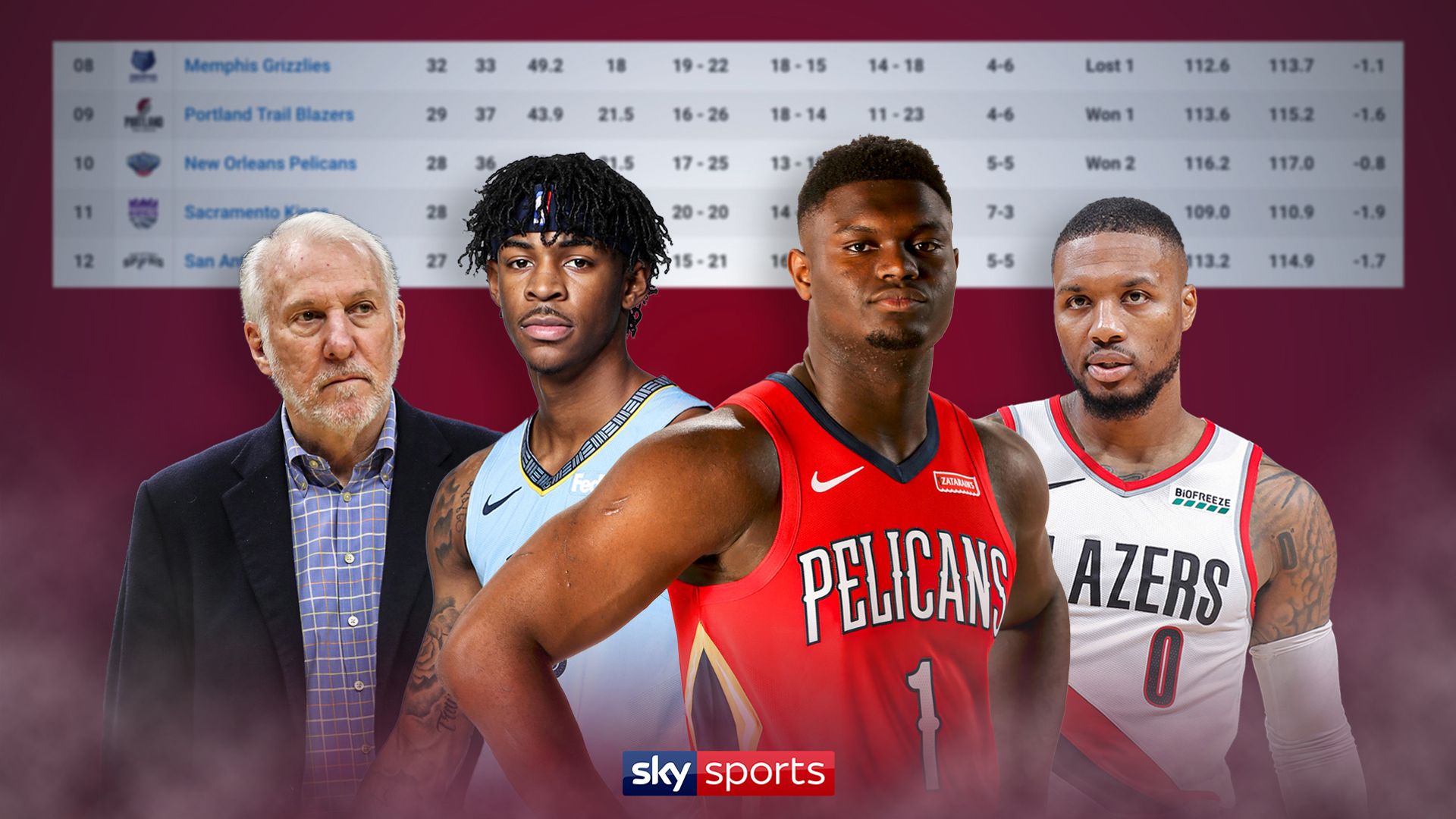 Add this plot twist to an unusual NBA season – to get the No 8 seed in the Western Conference, a whole bunch of teams will enter the final two weeks of the regular season trying to finish ninth. Yes, ninth.

All the drama in the West when the NBA season resumes at Walt Disney World on July 30 after a four-and-a-half-month break because of the coronavirus pandemic will come from the bottom of the standings and the race just to get into the playoffs.

The Memphis Grizzlies comfortably hold eighth place, which ordinarily would mean a playoff berth. But not this year, not with five teams with realistic chances of forcing a play-in series by finishing ninth and within four games of the team in eighth – which, barring a collapse, would be the Grizzlies.

“We obviously know our eight-game seeding schedule is going to be a challenge,” Memphis coach Taylor Jenkins said. “All teams playing for playoff positioning, getting into the playoffs… I mean, we are going to have high-competitive games.”

If the Grizzlies go 5-3 in their seeding games, they are assured of no worse than a spot in the play-in series – a best-of-two match-up between the No 8 and No 9 teams when the regular season ends, provided the No 9 team is within four games of eighth. The No 9 team would have to go 2-0 in that series to advance.

Each of the five challengers have a storyline.

New Orleans are trying to get in and extend JJ Redick’s streak of making the playoffs in every season since his freshman year of high school. Portland are seeking a seventh consecutive postseason spot.

Add it all up, and inside the bubble, there’s going to be a sprint to the finish in the West.

Will the Grizzlies secure eighth place? Will they be caught? Or will one of the five chasing teams force a play-in series?

With only eight games to be played and a three-and-a-half game cushion, the Grizzlies would realistically have to suffer a spectacular collapse to not finish the seeding game window in eighth place. Three wins from their eight games should be enough.

However, their schedule suggests extending their lead over the ninth-placed team beyond four games is unlikely. Memphis face rivals Portland, San Antonio and New Orleans in their first three bubble games. They finish their slate with match-ups against Eastern Conference heavyweights Toronto, Boston and Milwaukee.

The likeliest outcome for Memphis is ending up in a play-in series against the ninth-placed team. In that scenario, they would need one win to advance to the first round of the playoffs.

Long-term injuries to starters Jusuf Nurkic and Zach Collins is the main reason the Blazers find themselves outside the playoffs a year after reaching the Western Conference Finals.

But, thanks to the season hiatus, both players are back. The Blazers are not quite at full strength (Trevor Ariza opted out of playing in Orlando leaving Carmelo Anthony to switch to the small forward position) but they appear primed to make a charge.

They also have a schedule advantage in that they will not face the Bucks or Lakers in their seeding games. Their opening game against the Grizzlies could prove to be key. Should they win that game, the prospect of a confident Portland team reeling off, say, six wins in their seeding games is not unrealistic.

There is no team people are looking more forward to seeing back in action than the New Orleans Pelicans. That’s because of Zion Williamson, who needed just 19 games to captivate fans worldwide.

But the Pelicans are much more than a one-man team. After starting the season 6-22, they began to hit their straps well before Williamson made his debut in January thanks to the scoring of Brandon Ingram, the slick passing of Lonzo Ball and the veteran savvy of Jrue Holiday and Derrick Favors.

New Orleans open their seeding game campaign against the Utah Jazz (with Williamson a game-time decision), who are without clutch scorer Bojan Bogdanovic. Williamson meets rookie rival Ja Morant when the Pelicans take on the Grizzlies on August 3 – the Pels thumped Memphis twice earlier this season by a combined 38 points. Two games against Sacramento and one against Washington represent opportunities to rack up important wins.

A ninth-placed finish is achievable for the Pelicans. That would put them in a play-in scenario in which they would have to beat the eighth-placed team twice in a row to make the playoffs.

The Kings start on a level playing field with Portland and New Orleans but it is tough to see them with anything more than an outside chance of finishing ninth and forcing a play-in series.

Sacramento have just two wins against teams with winning records since January 1 and they have lost oft-injured big man Marvin Bagley to a season-ending foot injury. Star point guard De’Aaron Fox has also been dealing with injuries since the team arrived in Orlando.

One note of hope for the Kings? Their schedule is relatively favourable with games against the Pelicans (twice), Spurs, Magic, Pacers, Rockets, Mavericks and Nets offering an outside chance of making a push for ninth place.

The NBA restart might be the time to ignore the old adage, ‘never bet against the Spurs’. As 12th place in the West suggests, San Antonio are not the force of old. Their starters do not shoot many threes and their defense ranks among the leakiest in the league. Their All-Star forward, LaMarcus Aldridge, is not in Orlando after having shoulder surgery.

Positives for the Spurs? With head coach Gregg Popovich at the helm, there is no doubt the Spurs will be prepared for what awaits them and ready to make adjustments when required. However, it’s hard to give them more than a puncher’s chance of extending their record-equalling streak of reaching the playoffs in 22 consecutive seasons.

Trailing the ninth-placed Blazers by two-and-a-half games and with four teams to leapfrog, no one, not even coach Monty Williams, expects the Phoenix Suns to challenge for a playoff spot. But that does not mean their stint in the bubble will not be meaningful.

Williams preached team-building on and off the court as reasons he believes the Suns “one of the teams that has the most to gain” at Disney.

Their stay in Orlando may be short, but the opportunity for young stars DeAndre Ayton and Devin Booker to get valuable time on court together will benefit the Suns in the long run, even though their decade-long playoff drought extends, as expected, for one more year.