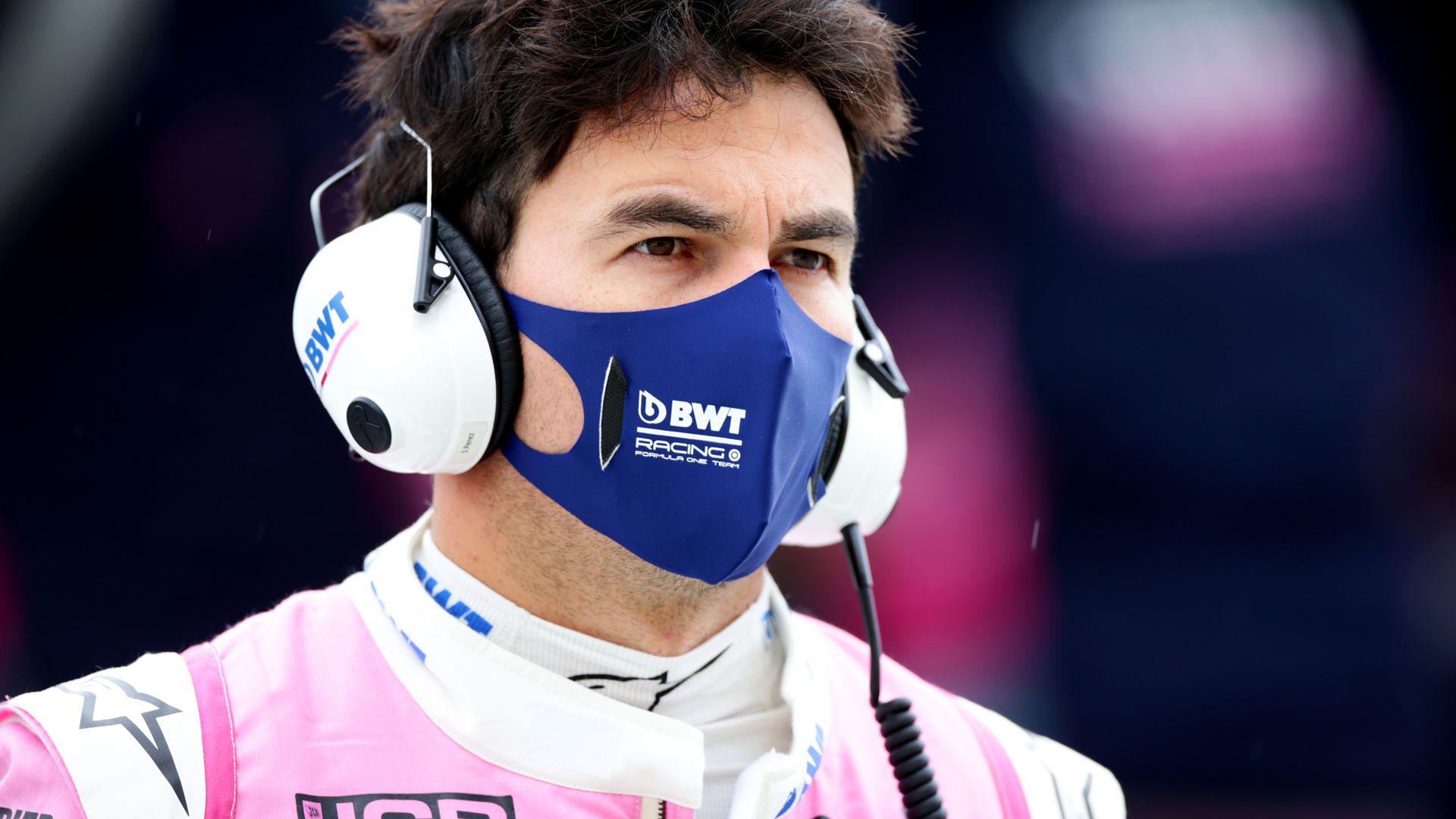 Racing Point’s Sergio Perez has tested positive for coronavirus and will not take part in this weekend’s British GP.

The Mexican was self-isolating and absent from the Silverstone paddock on Thursday after an ‘inconclusive’ result led to a retest.

That test has now returned a positive result.

Perez is the first driver and front-line member of an F1 team to test positive for COVID-19 since the delayed season began earlier this month. All close contacts with the driver have also been quarantined, with F1 expecting the incident to have “no wider impact” on the Silverstone weekend.

“Perez has entered self-quarantine in accordance with the instructions of the relevant public health authorities, and will continue to follow the procedure mandated by those authorities,” read an FIA statement.

“With assistance of the local organiser of the British Grand Prix, local health authorities and the FIA COVID-19 delegate, a full track and trace initiative has been undertaken and all close contacts have been quarantined.

“The procedures set out by the FIA and Formula 1 have provided for swift containment of an incident that will have no wider impact on this weekend’s event.”

Racing Point say Perez is in “physically well and in good spirits” and that he will continue to self-isolate as per the guidelines.

“The entire team wishes Sergio well and looks forward to welcoming him back into the cockpit of the RP20 soon,” said the team.

“Our intention is to race two cars on Sunday. We will communicate the next steps for our British Grand Prix weekend in due course.”

F1 have strict COVID-19 protocols in place and the sport’s extensive planning has included contingencies with the expectation that front-line personnel would test positive during the course of the delayed season.