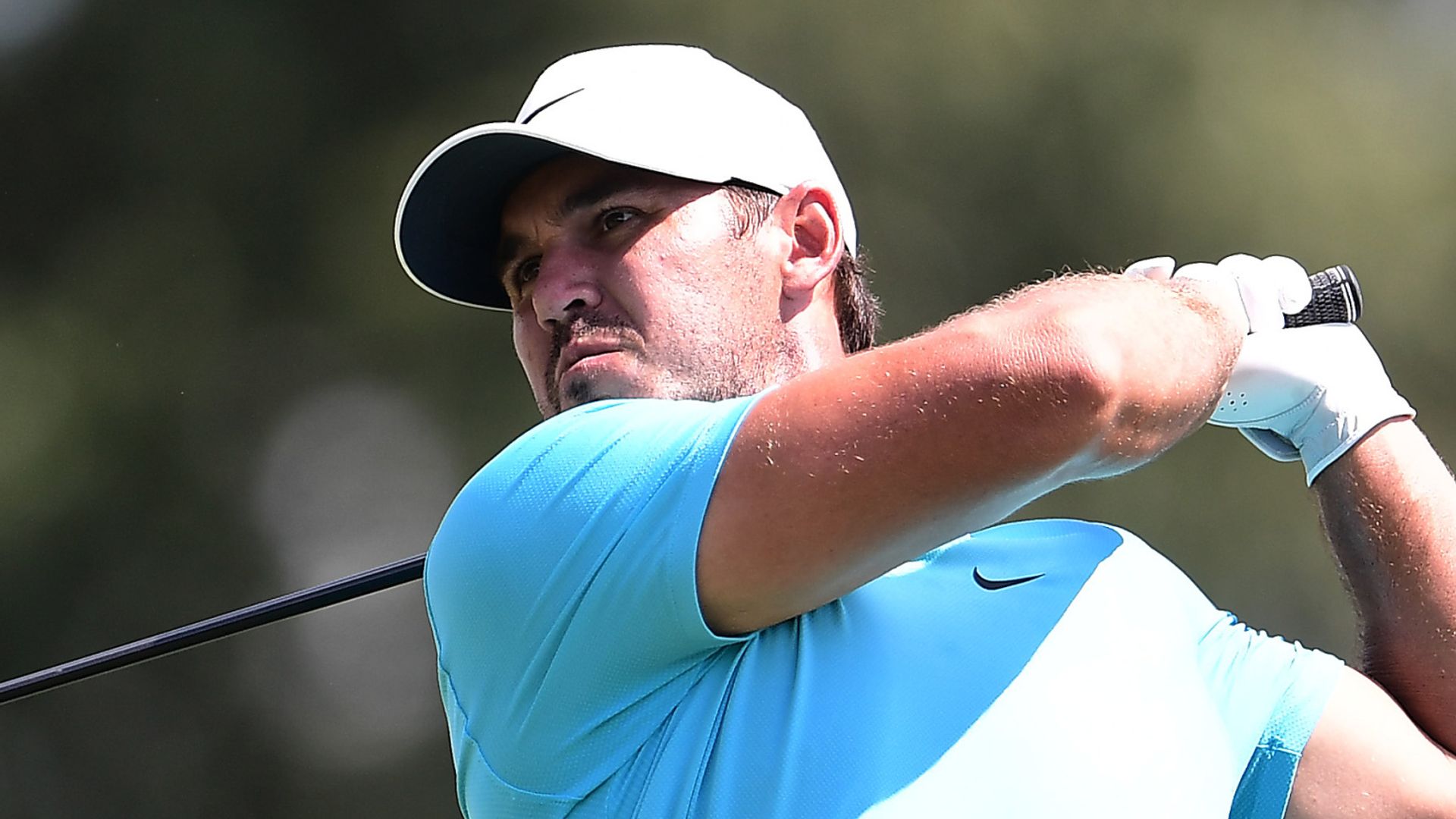 Tee times have been brought forward for the second round due to the threat of bad weather. Live coverage will now be from 3pm to 8pm on Sky Sports Golf.

Brooks Koepka roared back to form and matched his career-best round to open up a two-shot lead at the WGC-FedEx St Jude Invitational in Memphis.

Koepka has only had one top-10 finish in 10 starts either side of the coronavirus shutdown this year and has missed the cut in two of his last three appearances, but some hard graft with his coaching team a few days ago reaped rewards as he fired a nine-birdie 62.

Rickie Fowler, who has also struggled for form in recent weeks, was another to shine on day one at TPC Southwind, opening with a 64 that was matched by Brendon Todd, but Rory McIlroy is languishing close to the bottom of the leaderboard after a 73 that could have been worse had he not birdied two of his last three holes.

But while it took McIlroy 16 holes to make a birdie, there were no such problems for Koepka as he birdied the first four, capped by a 25-foot putt on the fourth green, and he hit back from his only error of the round at the seventh with three more birdies over the next four holes.

Further gains at 13 and 16 lifted the defending champion clear of Fowler and Todd and into the outright lead, and he credited his hard work with Pete Cowen and Claude Harmon as well as the input from renowned putting coach, Phil Kenyon, new addition to his backroom team.

DeChambeau and the anthill

“Pete is obviously one of the best coaches ever in my opinion,” said Koepka, who had not worked with Cowen face-to-face since The Players Championship back in March. “I think with Pete, it’s more psychological. He’ll beat me down, tell me I can’t do something, he’ll jump on me pretty good and I enjoy that when someone tells me I can’t do something.

“And it’s nice to finally figure some things out with Claude. And then this week starting working with Phil Kenyon on the putting, so it’s nice to see those results and all the changes we’ve made come through.”

Fowler put in some work on the mental aspect of his game with Jon Tiller over the weekend, and that also paid off as he carded an excellent 64 blighted only by a closing bogey.

The world No 32 holed two lengthy putts for early birdies on the 12th and 13th, and another from just inside 20 feet at the sixth was his sixth gain of the round before he added a seventh with a delightful chip-in for a three at the short eighth.

But a pulled drive at the last led to a bogey and dropped him into a share of second with Todd, with South Korea’s Sung Kang one further back on five under and Matt Kuchar and Justin Thomas getting off to nice starts with rounds of 66.

Bryson DeChambeau had a bizarre conversation with a rules official over what constituted being endangered by an anthill as he opened with a 67 along with the likes of Phil Mickelson, Sergio Garcia and rising Norwegian star Viktor Hovland.

Open champion Shane Lowry and former US Open champion Graeme McDowell both enjoyed late birdie runs to join a large group on two under, while new world No 1 Jon Rahm needed a birdie on his final hole to break even for the day.

But the man he dethroned at the top of the rankings looked short of confidence and energy in the early stages of his round, McIlroy coming up short and finding water at the short 11th – his second – although he did hole from just inside 25 feet to rescue a bogey.

McIlroy then turned a half-decent birdie chance into a three-putt bogey at the 14th, and three wayward tee shots led to three consecutive bogeys on the front nine before he at least finished the day on a positive note, making his first birdie at seven and finding another from outside 20 feet at the last, although that merely got him within 11 strokes of the leader.

Due to the threat of bad weather on Friday, second round tee times have been brought forward. Live coverage will now start four hours earlier than scheduled – 3pm on Sky Sports Golf.