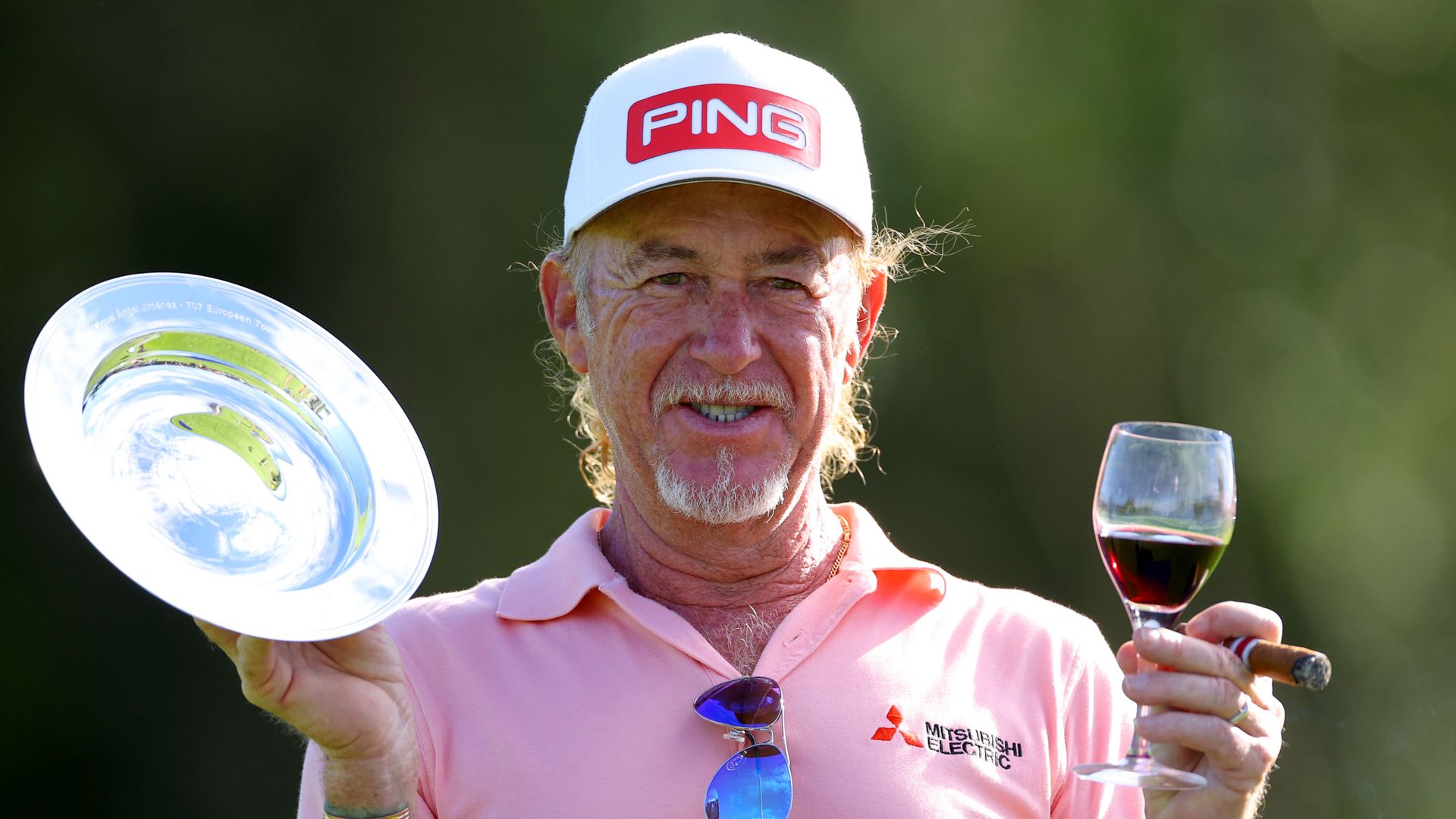 Miguel Angel Jimenez has treated us to a number of memorable moments in his illustrious professional career, and we’ve been reflecting on a few of the best.

Jimenez has now broken the record for most European Tour appearances, making his 707th start at the Hero Open to surpass the long-standing record of Sam Torrance, and the charismatic Spaniard celebrated with a superb 64 which left him just two shots off the first-round lead.

The 56-year-old made his Tour debut on home soil as a raw 19-year-old in 1983 and it took him five years to earn his full card, and he has entertained year after year while collecting 21 Tour titles and a host of records, including the most holes-in-one and being the oldest winner – three times!

Jimenez first tasted victory when he outshone the likes of the then-world No 1 Nick Faldo to win the Belgian Open in 1992, and his most recent win, his home Open de Espana six years ago, extended his own record as the oldest European Tour champion having first beaten Des Smyth’s record when he won his this Hong Kong Open title in 2012.

His 21 victories, including four in Hong Kong, five on home soil and one in the European Tour’s flagship BMW PGA Championship at Wentworth in 2008, is good enough to be tied for 10th in the list of overall winners.

Jimenez did not make his Ryder Cup debut until 1999, having been assistant captain to mentor Seve Ballesteros at Valderrama two years earlier, and he would go on to make three further appearances and played on the winning European teams in 2004 and 2010.

Watch the video above to see our tribute to the man who credited his admirable longevity to “good food, good wine, good cigars, and a little bit of exercise!” Miguel Angel Jimenez – record breaker and entertainer.