Dulorme and James were supposed to headline a “FOX PBC Fight Night” broadcast April 11 from The Armory in Minneapolis, but their 12-round, 147-pound title fight was postponed due to the COVID-19 pandemic. Fans cannot attend the August 8 card due to coronavirus restrictions. 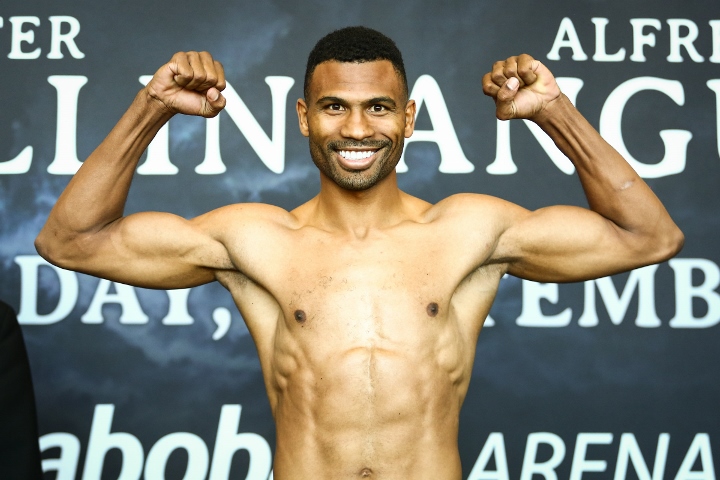 The Dulorme-James show was the only upcoming FOX telecast that was announced Thursday.

“We’re thrilled to have PBC back on FOX, FS1 and FOX Deportes, headlined by this great main event between Jamal James and Thomas Dulorme,” said Tom Brown, president of TGB Promotions. “James has proven that he is amongst the top welterweights in the world and he will again have a chance to show his credentials against a tough opponent in Dulorme. Combined with a stacked undercard of fights featuring rising stars and more, this lineup should deliver great action for fans all night long on August 8.”

PBC fights on FS1 usually air before coverage switches to FOX, but the order is reversed for FOX’s first boxing telecast since March 7.

James, 32, will look to extend his six-fight winning streak against Dulorme.

“I’m excited and ready to be getting back in the ring after everything happening these last [few] months,” James said. “Thomas Dulorme is a strong opponent, and I feel that we will be giving boxing fans a great night of action. Training has gone extremely well, and I am more than prepared to secure this victory.”

“I have been in training camp now for over four months for this fight, and I can’t wait to get in the ring and put on a spectacular performance,” Dulorme said. “The delay only makes me more motivated. James is a good fighter, but I am on a different level and it will show on August 8. I will put on the best performance of my career and win the WBA title.”

James is the WBA’s fifth-ranked welterweight contender. Dulorme is rated 11th by the WBA.

The entire schedule for the FOX and FS1 coverage of the James-Dulorme card is listed below.