Whyte and Povetkin have both been inactive since fighting on the Anthony Joshua-Andy Ruiz undercard last December in Saudi Arabia.

Povetkin fought to a close points draw with Michael Hunter, while Whyte won a tough decision over veteran Mariusz Wach. 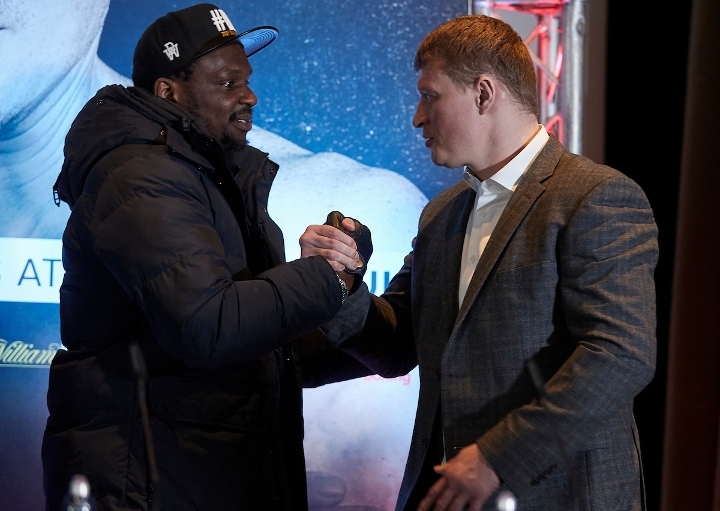 Whyte and Povetkin will collide on August 22 as part of Hearn’s Fight Camp series at the Matchroom headquarters in Brentwood.

Fury is slated to defend his belt in a trilogy fight with Deontay Wilder on December 19th.

As part of an order by the WBC, Whyte is due his mandatory crack at the Fury-Wilder winner by February of 2021.

When combining the closed doors environment and the possibility of losing a title shot, Hearn views the bout as being a very risky scenario for Whyte.

“He’s taking a huge risk. What people don’t realise is that this environment is different. You’ll get fighters over-performing and under-performing. The slogan is ‘no easy fights’. The days of easy fights should be gone. Let’s see these 50-50 match-ups. Whyte has been sat at No 1 with the WBC for 1000 days now – it is laughable now, comical. But we have our date at the end of February and we will be enforcing that,” Hearn told Sky Sports.

“Povetkin is someone who is extremely well-seasoned, an Olympic gold medalist, he had great fights with Anthony Joshua and Wladimir Klitschko, and good wins against David Price and Hughie Fury. He can really fight. The advert says it all – this is the two best left-hookers in the sport. It is such a dangerous fight.”