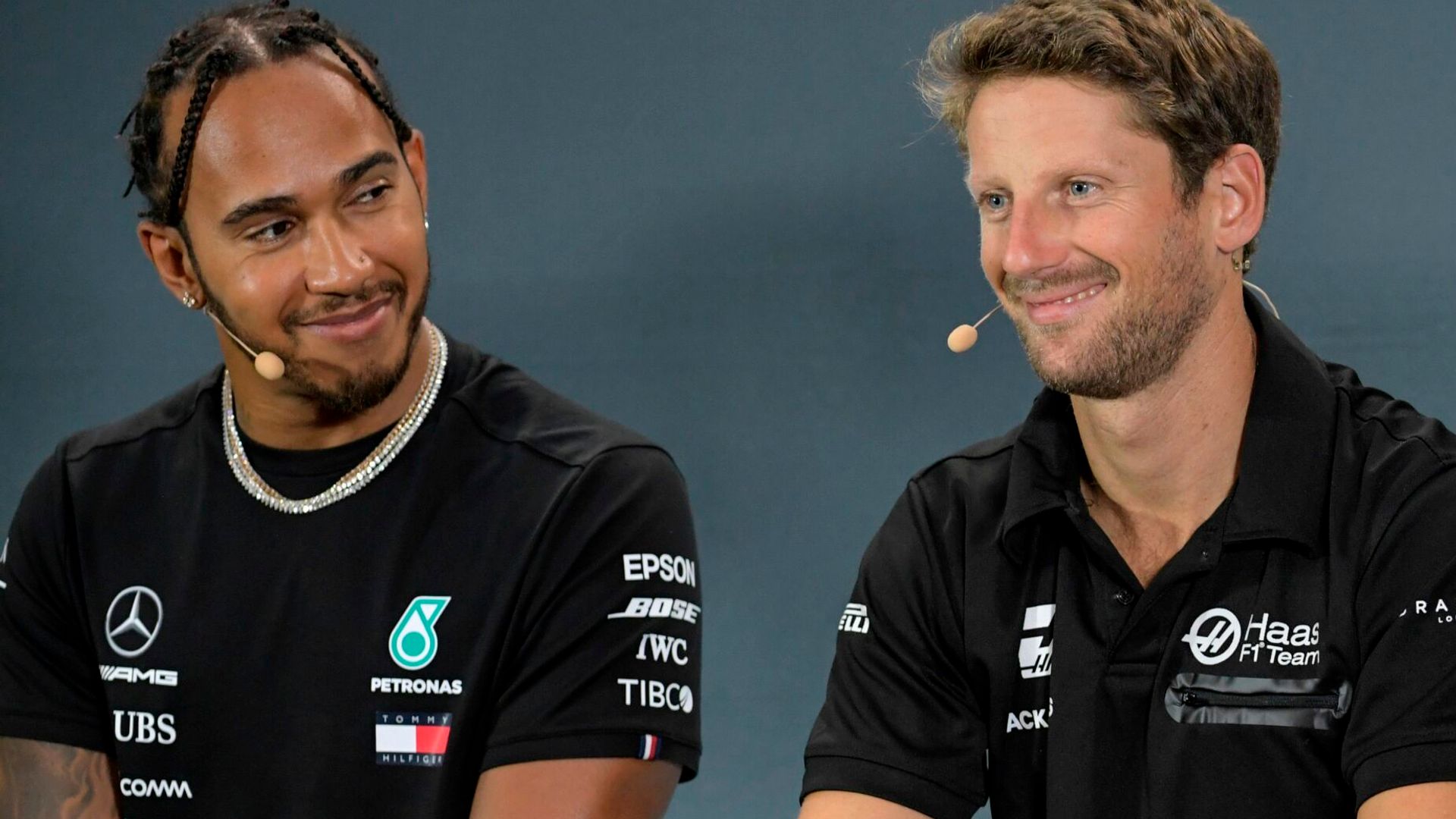 Romain Grosjean has revealed he has cleared the air with Lewis Hamilton and explained his point of view after being accused of not wanting to continue Formula 1’s anti-racism stand before races.

Grosjean, a director of the Grand Prix Drivers’ Association, is also pushing for a more organised display at the British GP.

A demonstration was organised at the front of the grid at the Austrian GP but at the subsequent two races, no time was allocated in the schedule. Hamilton criticised F1 for a “rushed” and “embarrassing” display in Hungary after drivers failed to all gather in time to show their opposition against racism, or all kneel, while he also pointed the finger at Grosjean.

“He doesn’t think it’s important to do it,” said Hamilton of the Frenchman who, along with Sebastian Vettel, is a GPDA director.

“He’s one of them that thinks that it was done once and that’s all we need to do.”

But Grosjean insists he only suggested that to offer an alternate view to Vettel on behalf of the drivers that didn’t want to carry on.

“I could have easily responded in the press at the time but I actually called Lewis and spent 45 minutes on the phone,” Grosjean told Sky Sports F1 at Silverstone. “We had a really good chat about a lot of things but I said you mentioned my name and I don’t think it was right and I explained why.

“Sebastian was pushing to keep the movement going, End Racism. Which is the right thing. But I also felt – maybe it was the wrong way, maybe I shouldn’t have acted that way – that as the second director, I had to listen to the seven or eight drivers that don’t want to carry on. I spoke for them.

“I explained to Lewis that I just brought the argument because I need to listen to every driver and I can’t just go in the direction of the other director. It’s just the way we’ve operated.”

F1 has yet to have all 20 drivers kneeling before a race, although an anti-racism protest is in the schedule ahead of this weekend’s British GP. Grosjean admitted he was probably “wrong” to have spoken up for other drivers, and says he hopes there can be a united front on Sunday.

“In hindsight maybe it was the wrong thing to do, and Lewis explained to me that you’ve been here for 10 years, drivers listen to you, they need to be educated and so on,” Grosjean added. “I cannot really disagree with that.

“So I will probably do things differently and I also said to Lewis ideally if we can get 20 drivers wearing the overalls, kneeling at the front of the grid, that’s where I’d like to go.

“I think there’s education needed, it’s going to take some time but I’m not a racist and I don’t think you’ll find anyone on earth that says I’m a racist. I just acted as a director, maybe with the wrong approach. And if so, sorry, and I’ll do it differently next time.

“But it was a good call and we both apologised for what we said and what we did which was probably not the right thing in both ways.”

Gilberto Ramirez: Canelo Fight Would Be a Classic, He Knows I’m Not Kovalev or Smith

Smith-Vlasov, Berchelt-Valdez Cards To Be Held At MGM Grand In Las Vegas