Eagerly waiting to return to the ring after more than a year without activity, former WBO super middleweight champion Gilberto “Zurdo” Ramírez has ambitious plans that he hopes will make him an idol in Mexico, but he also dreams of facing his compatriot Saúl “Canelo” Álvarez at Aztec Stadium.

In an interview at the World Boxing Council (WBC) “Tuesday Coffee”, the number one ranked boxer in the light heavyweight division eagerly awaits the opportunity to return to the ring and challenge WBC, IBF world champion Artur Beterbiev, because one of his objectives is to hold the green and gold title. 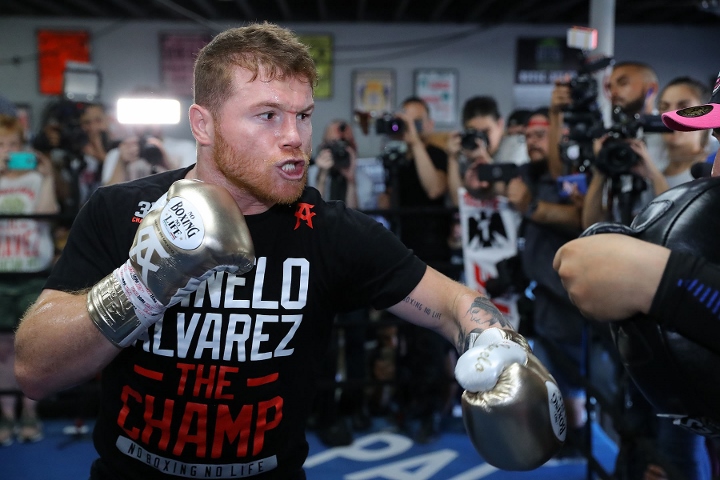 Ramírez, who made five successful defenses of the WBO belt at 168, is motivated to look for a new title in a different division and also wants to fight with the best in the world.

“I want to give people the fights they deserve, I want to be a Mexican idol and taking part in good fights. I will do it,” said Ramirez, who acknowledged that those big battles have been lacking on his unbeaten career (40-0, 26 KOs).

“I have missed the opportunities to have fights with champions, with other name fighters, but they will happen.”

And the one name which he dreams about, is Canelo.

Canelo moved up to 175-pounds last November, and knocked out Sergey Kovalev for the WBO title. He dropped the title not long after and plans to fight at super middleweight in the coming months.

More problematic, is that Canelo stated in several interviews that he no longer wants to face other Mexican boxers.

“All the fans want to see that fight with Canelo. He is a fighter who has had a good career, has had good fights. I think it would be good for me to face Canelo… why not, and it could be at the Azteca Stadium. I see myself winning that fight… since I have the reach, the height, I am younger too and I have a hunger for success,” Ramirez said.

“Let’s hope that he wants to make that fight, to give the fans a good fight, fill up the Azteca…. because fights between Mexicans are wars inside the ring. What he says is absurd [about refusing to fight other Mexicans], because the fights between Mexicans are always wars inside the ring, people want to see them…. and as a fighter you have to fight the best to be the best.”

Ramirez recently parted ways with his promoter of the last few years, Top Rank. He may return to the ring on a date in November, in Mexico, as part of a card that he plans to promote with his own team.