Premier Boxing Champions also will announce its full slate of fights for the remainder of the summer and fall during that broadcast. At least four more “FOX PBC Fight Night” cards, one FOX Pay-Per-View event and 12 FS1 telecasts are likely to be revealed as part of a telecast that’ll feature welterweights Jamal James and Thomas Dulorme in the 12-round main event for the WBA interim 147-pound championship. 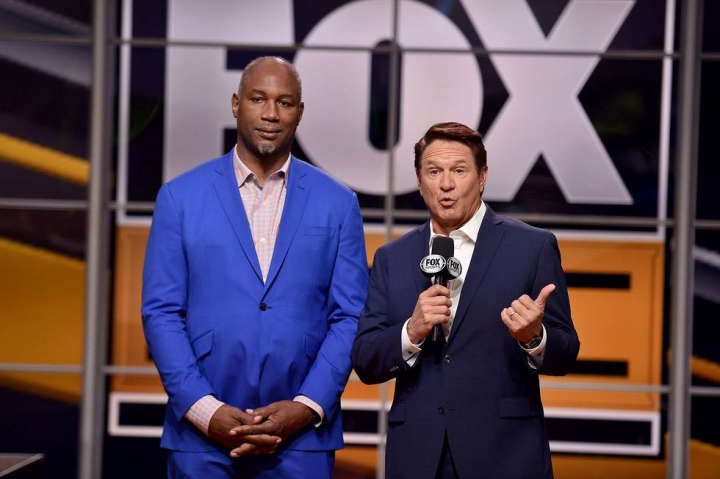 FOX officially announced its August 8 tripleheader Thursday, as well as a three-fight FS1 show that’ll immediately follow live coverage of the James-Dulorme match. In its announcement, FOX noted that the rest of its 2020 schedule will be unveiled during its show on free TV.

FOX initially intended to publicize its full slate of PBC cards Thursday along with its official announcement of its August 8 event. Al Haymon, PBC’s founder, and FOX executives instead decided to reveal those shows during that broadcast a week from Saturday night.

“FOX Sports is thrilled to welcome PBC back into the ring August 8 with a fantastic matchup,” Bill Wanger, FOX Sports’ executive vice president, head of programming and scheduling, said in FOX’s press release. “This outing is the first in a long line of great fight nights coming for the remainder of the year on FOX, FS1, FOX Deportes and PPV.”

Spence-Garcia is the most noteworthy fight FOX is expected to announce August 8.

Their 12-round fight for Spence’s two welterweight titles likely will take place sometime in November. It’ll mark Spence’s first fight since suffering lacerations to his face and body and dental damage in a one-car accident October 10 in downtown Dallas.

The 30-year-old Spence (26-0, 21 KOs), of DeSoto, Texas, has fully recovered from injuries incurred when his Ferrari flipped multiple times while traveling at a high rate of speed. Dallas policed charged Spence on October 16 with a misdemeanor count of driving while intoxicated once he was released from Methodist Dallas Medical Center.

Before Spence’s car crash, Philadelphia’s Garcia (36-2, 21 KOs) was supposed to challenge the powerful southpaw in a FOX Pay-Per-View main event January 25. Garcia, 32, instead beat Ukraine’s Ivan Redkach (23-5-1, 18 KOs, 1 NC) by unanimous decision that night in a 12-round fight Showtime televised from Barclays Center in Brooklyn.

Spence hasn’t boxed since September 28, when he dropped Porter in the 11th round and won their 12-round, 147-pound title unification bout by split decision at Staples Center in Los Angeles.

Las Vegas’ Porter (30-3-1, 17 KOs) will be heavily favored to beat Germany’s Formella (22-0, 10 KOs). The IBF strangely ranked Formella one spot ahead of Porter in its 147-pound ratings, but the 33-year-old contender will take a huge step up in class when he opposes Porter at Microsoft Theater.