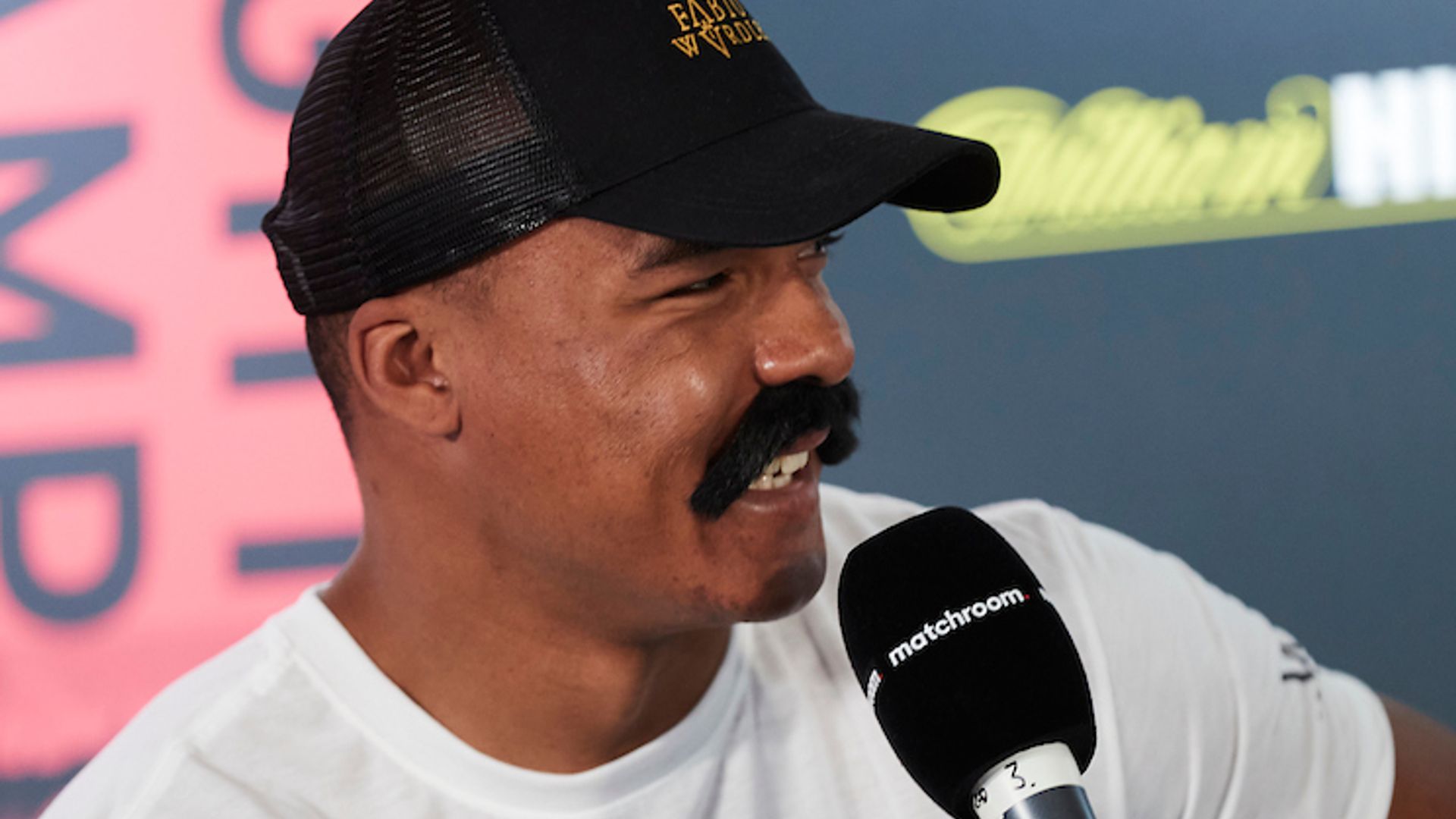 Fabio Wardley bit back at Simon Vallily’s accusations that he is overhyped as their heavyweight build-up spilled over into a nasty exchange at Thursday’s press conference.

Wardley and Vallily will contest the English title on Saturday at 7pm, live on Sky Sports from Fight Camp, on the undercard to Sam Eggington vs Ted Cheeseman.

Wardley wore a fake moustache to mock Vallily’s new look which sparked a foul-mouthed row then an intense face-off.

An angry Vallily said: “He’s had a few white-collar fights, banged out a few journeymen and is managed by Dillian Whyte. Wow. I haven’t lost any sleep over him. When I’m on my game, this fella doesn’t stand a chance.

“He doesn’t know, nobody knows, if he’s ready for a dog-fight.”

Whyte’s protégé Wardley is unbeaten in eight fights and is nine years junior to 34-year-old Vallily, who has won 17 out of 20.

Wardley said: “This is the real test to get rid of doubts about me. Maybe I’m not everything that I’m made out to be? I’ll prove that I am.”

Vallily became incensed and the heavyweights never lost eye contact as they posed for a face-off.

Vallily then added: “People are blowing smoke up him. He might be the best thing since sliced bread. But this is my time.

“I’ll stand and trade all day if he wants. But where has he got it from that I have to turn it into a dog-fight.

“I can spot talent and he does have some. He’s fast, athletic, twitchy in the first couple of rounds. I might be wrong but I can’t see anything special.”

Wardley hit back: “The reason I’m hyped is because people have seen me. Dillian Whyte has been side by side, camp after camp. He wouldn’t have signed me if he didn’t think I had the talent and skill to deal with someone like Vallily.”

Promoter Eddie Hearn said: “Vallily is technically really good. In terms of history and pedigree Vallily is the big favourite.

“We know Wardley can punch, but how hard?

“We are all guilty of hyping young fighters but we don’t know. We don’t know about Wardley. But we are going to find out!”

Sam Eggington, who defends his IBF international super-welterweight title against Ted Cheeseman in the main-event, said: “You can lose then come back, history tells you that. I’ve had big nights and bad nights. It all stands for a good book!

“It doesn’t define me. I’m still learning, getting bigger and stronger.”

To Hearn, Eggington said: “I’d fight in my back garden. Yours is just posher!”

Cheeseman said: “His knockouts and dominant performances were at welterweight. At super-welterweight you don’t see that.

“It’s the right time for me. Sam is a good fighter but I believe that I’m better.

“There will be points when we collide and it will be a war. But on my terms.

“Punishment, punishment, a lot of shots will land. The ref will have to jump in.”

Hearn said: “This is such a big opportunity for Ted – he wins and he’s back in the top 10 with the IBF. Sam is trying to protect that.

“Sam is fearless because he doesn’t feel like he has anything to lose because he started with nothing. He came into this game to make a few quid as a journeyman and he can’t believe where he’s got to.

“Ted expected to be at these levels so the pressure is on him.”

Nathan Bennett, who meets Dalton Smith at lightweight, said: “I believe in myself against anybody. I’d give anybody a fight at 140lbs, trust me on that.

“After the first round you will know which way the fight is going.”

Reece Bellotti said before his featherweight fight with Jordan Gill: “I carry the power but I wouldn’t say Jordan doesn’t punch hard. He looks technically better than me.”

Gill replied: “Everything is on the line for us both. He has world class power, 12 knockouts from 14 wins. He will look for big shots I have to avoid them.

“The truth is that both of our careers are on the line, and we both need the win.”