Dillian Whyte is to seek a government exemption so he can return from his training camp a few days before his fight with Alexander Povetkin.

The fight was originally scheduled for May before the coronavirus lockdown happened and Whyte decided to remain in his Portugal training base. 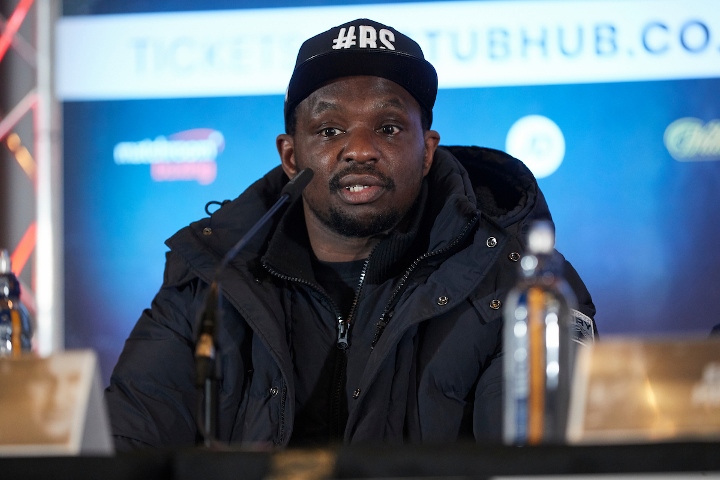 The issue also affects Katie Taylor, as she is training in the United States at present, ahead of her rematch with Delfine Persoon, and Povetkin, who is expected to arrive in the UK from Russia two weeks before regardless. Persoon, from Belgium, would not presently have to self-isolate, although there has been a rise in cases in that country.

“We are in discussions about an exemption,” Hearn said. “I believe there will be a number of exemptions for events published this week and we’re on the list of requests.

“If not, there’s nothing he can do and he’ll have to come back two weeks early. It affects him, Katie Taylor because she’s training in America, and Alexander Povetkin. He’s already booked to come, he’s up for it.

“It’s not just a case of not coming back until fight week. It is more of a ballache to not come back because you have to be tested before you fly, tested when you land, tested five days after that then on fight week.

“He’s in such a good place, he’s been in Portugal since February, he’s in unbelievable shape. When you come back into quarantine you’ve got to lock down, it’s not as if you can go to the gym. He’d have to go to the hotel down the road and stay for 14 days. I’ve to do it for four and I’m not looking forward to that.

“We’ve built a nice gym at the hotel and fighters have scheduled their workouts, because it has to be cleaned between every workout.”