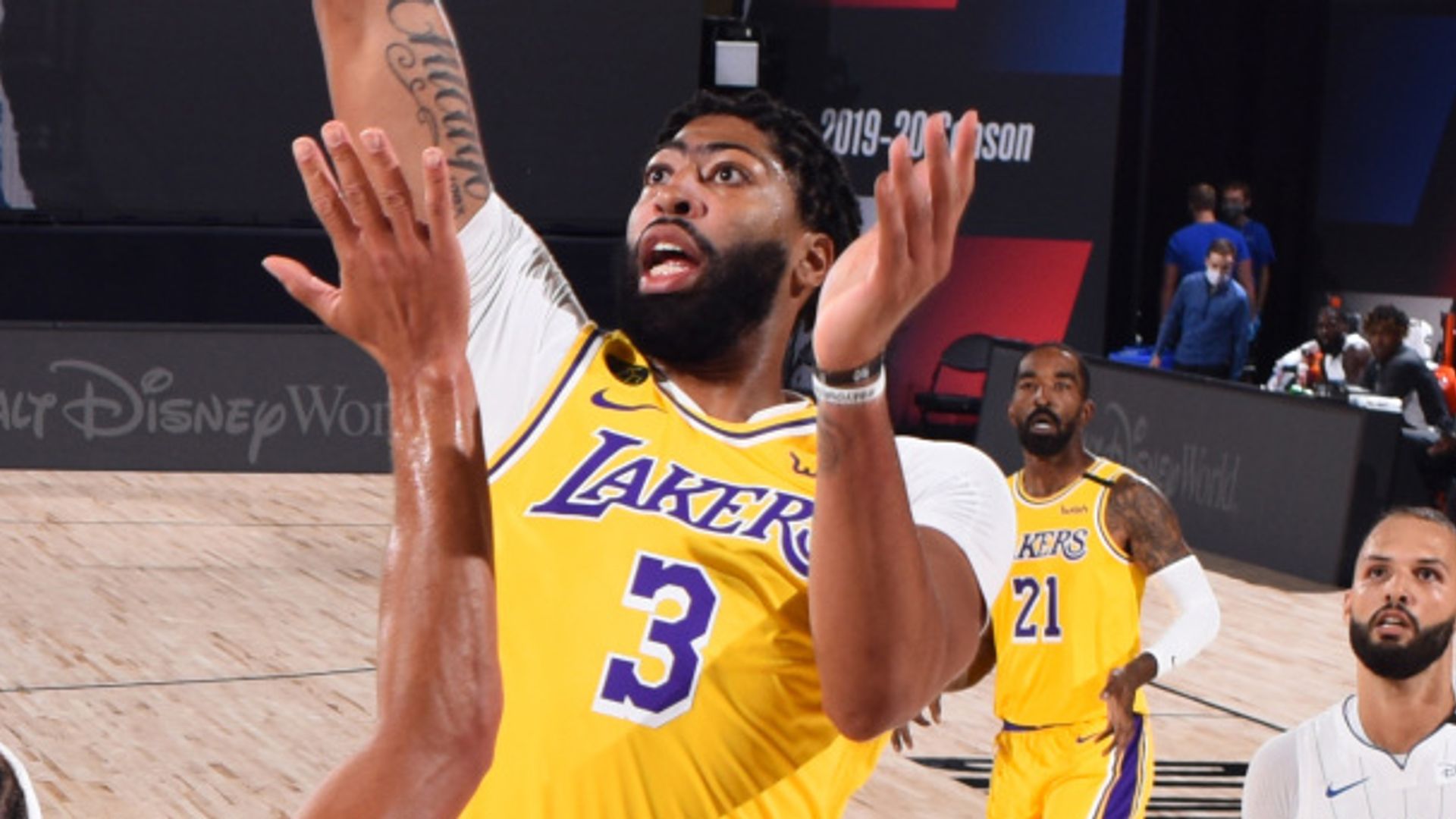 Los Angeles Lakers forward Anthony Davis was a full participant at practice on Wednesday and said he expects to play as the NBA season restarts.

Davis was inadvertently poked in the eye by Orlando’s Michael Carter-Williams during a scrimmage on Saturday.

He didn’t play in the team’s exhibition finale at Walt Disney World on Monday then missed practice on Tuesday, casting doubt about his availability to be ready for the Lakers’ game against the LA Clippers.

However, Davis returned to practice on Wednesday wearing prorective eyewear. He told reporters he would meet once more with team doctors but indicated he is expecting to be in the line-up against the Clippers, a game you can watch live on Sky Sports Arena in the early hours of Friday morning (2am).

“That’s the plan,” Davis said after Wednesday’s practice. “I’ll get evaluated again tonight by one of the doctors here and kind of get an update from them. That’s the plan, for me to play.

“Eye’s been getting better, way better than when I initially got hit. Moving in the right direction,” he said.

The Lakers are in first place in the Western Conference, five-and-a-half games ahead of the Clippers.