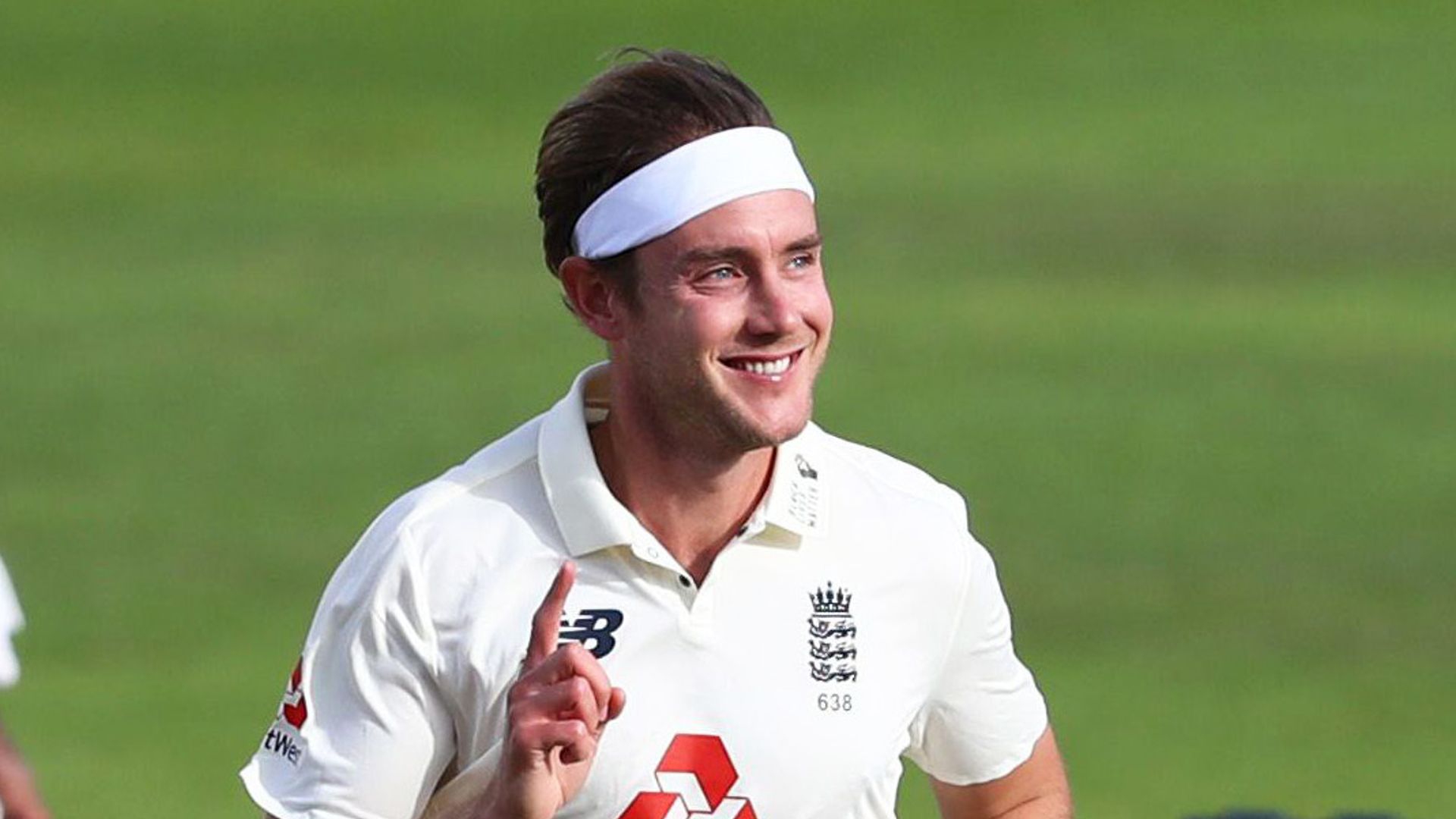 Cook: “It must be a great feeling for him that he can lie in bed at night and know that when it gets tough, he delivers for England – and in pressure situations”

Former England captain Sir Alastair Cook says Stuart Broad should be proud of having repeatedly delivered in “pressure situations” throughout his Test career.

Broad became just the seventh bowler – and second Englishman after Jimmy Anderson – to go past 500 Test wickets as he claimed 10 dismissals to help England complete a 2-1 series victory over the West Indies on Tuesday.

The 34-year-old said he was “frustrated, angry, and gutted” after being left out for the first match of the series, but bounced back to continue a rich vein of form which has seen him rise to third in the Test bowling rankings.

Cook, who stood down as England Test captain in 2017 after a record 59 matches as skipper, offered high praise after watching Broad achieve his latest feat.

“We’ve always been lucky to have Stuart and Jimmy, but Stuart the last couple of years has just shown his character,” Cook told Sky Sports News.

“People have been writing him off actually. You think a couple of years ago, ‘when’s he finishing, when’s he finishing?’ And he’s gone away from the spotlight, changes his run up, worked on his game and as a 34-year-old you can’t ask for any more than that.

“He’s just delivering goods time after time. This year I think he’s taken 80 odd wickets since the Ashes at 20, and that’s a huge credit to Stuart.

“And the one thing I’ll say about Stuart, it must be a great feeling for him that he can lie in bed at night and know that when it gets tough, he delivers for England – and in pressure situations.

“Look how many times he’s bowled a match-winning spell in an Ashes series, or a big series or when the game’s in the balance. You can’t say anything better than that as a player, that he delivers when it’s most important.”

With a condensed summer schedule in place following the delay caused by the coronavirus pandemic, England begin a three-match one-day-international series against Ireland on Thursday, live on Sky Sports, without their Test players, who are preparing to play Pakistan in the longer format.

The absence of 50-over regulars Joe Root, Ben Stokes, Jos Buttler, Chris Woakes and Jofra Archer has opened up an opportunity for fringe players to stake their claim for a place in Eoin Morgan’s side.

“What an opportunity for them,” said Cook, who captained England’s one-day side before being replaced by Morgan in 2014. “Whenever your time comes to play for England, whatever the side is picked, even if there are guys rested or injured, you’ve got to take this opportunity.

“People like Tom Banton, Reece Topley back into that side, what an opportunity for these guys to push their name forward.

“I think Jason Roy said it yesterday, the strength in depth in English one-day cricket is scary, and I think you’re seeing it.

“You’ve got four or five first-team regulars who are in this (Test) side, who would come back in the side, but the strength in depth is such that England are still putting out a very, very, very strong side.”

Despite having ended his decorated international career, Cook has continued to play country cricket and is preparing to represent Essex as a condensed domestic season begins on Saturday.

The long-form competition has been revamped for the season, with 18 counties to compete in a first-class red-ball tournament named after former England fast bowler and Sky Sports analyst Bob Willis, who passed away in December at the age of 70.

The competition will see clubs split into three regional groups of six, with counties playing the other sides in their group once and the top two points scorers across the groups advancing to the final at Lord’s.

“I just think it’s brilliant. What a legend of a guy and to play for his name is brilliant,” Cook said.

“I’m glad the ECB has made that decision this year because the county championship in my eyes has always been the year-long slog, at the end of the year you know you’re the best side in the country.

“This is a different format and if it was just called the county championship, then there’d always be a star next to the county’s name who won it, and if you win a tournament you don’t want that to be there, you want it be authentic.

“I think this is the best way to do it. An England legend, a bloke who we all miss, and to play a cup in his name, I think every member of those 18 counties – with a chance to win it – will be delighted.”