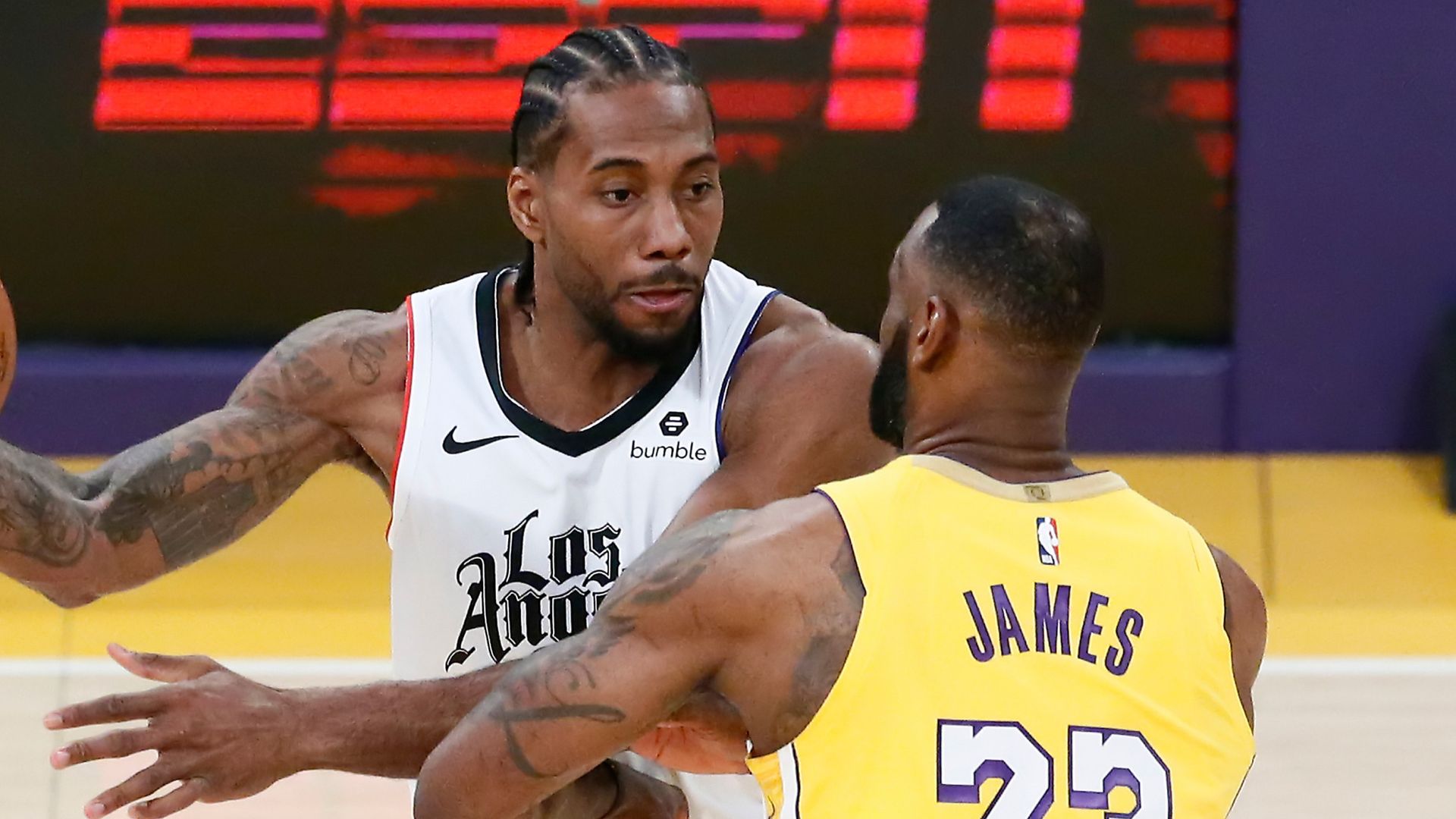 A loss to city rivals the Clippers in their opening restart game would be damaging for the Los Angeles Lakers, says three-time NBA champion BJ Armstrong.

The headliners of NBA’s second opening night of the season are the same as the first: the Los Angeles Lakers and the LA Clippers.

But Staples Center will not be venue for the fourth chapter in the Battle of LA. The latest clash between the two Western Conference heavyweights will play out inside the NBA’s bubble at Disney’s Wide World of Sports complex in central Florida with no fans present.

On this week’s edition of Heatcheck, BJ Armstrong joined regulars Ovie Soko, Mo Mooncey and Jaydee Dyer to debate how the latest Clippers-Lakers tussle will play out.

Armstrong, who won three NBA titles alongside Michael Jordan as a member of the Chicago Bulls, believes the Lakers cannot afford to lose to a depleted Clippers team who will be without star reserves Lou Williams and Montrezl Harrell.

“I don’t think the LA Clippers are not going to show their hand. They have the perfect excuse not to because they don’t have their full roster available. The one thing I know about Doc Rivers, he won’t want to give the Lakers any confidence,” he said.

“The big thing Rivers wants is to not give the Lakers any confidence. Mentally, this is a gamesmanship [edge] he is looking to get. If the Lakers lose to the Clippers, I think that could be very damaging to the Lakers right now and Rivers understands that.”

While the game marks the first step on what is likely to be an long run that extends to the latter stages of the playoffs for both teams, Soko and Mooncey agreed neither squad will be lacking intensity in the showpiece opener.

“I think it is going to start off with some sparring. If it gets close late, you are going to see the key guys come in and try to win the game. It’s going to be competitive and really fun for the fans.”

Said Mooncey: “When LeBron James steps on the court and sees Kawhi Leonard, it isn’t going to be about sparring. These guys are going to be swinging heavyweight blows. We are going to see both of these teams trying to win it because you want to get this restart off on the winning foot. No one wants to start taking the ‘L’.

“We are going to see these two teams battling it out. These guys are not going to be holding anything back. They’ll both be out there looking for the ‘W’. The players will play hard and everyone is going to get a run out there.”

While the Clippers are missing key players, the Lakers are in the process of embedding a pair of new recruits into their ranks. With Avery Bradley opting out of participating in the restart and Rajon Rondo out for 6-8 weeks with a broken thumb, the Lakers signed veterans JR Smith and Dion Waiters to bolster their backcourt.

“This game is important for the Lakers because they have brought in two new players who are going to part of their rotation,” said Armstrong. “The Lakers have to play well and, most importantly, they have to win to try and get the momentum and confidence they are going to need as they head towards the playoffs.”