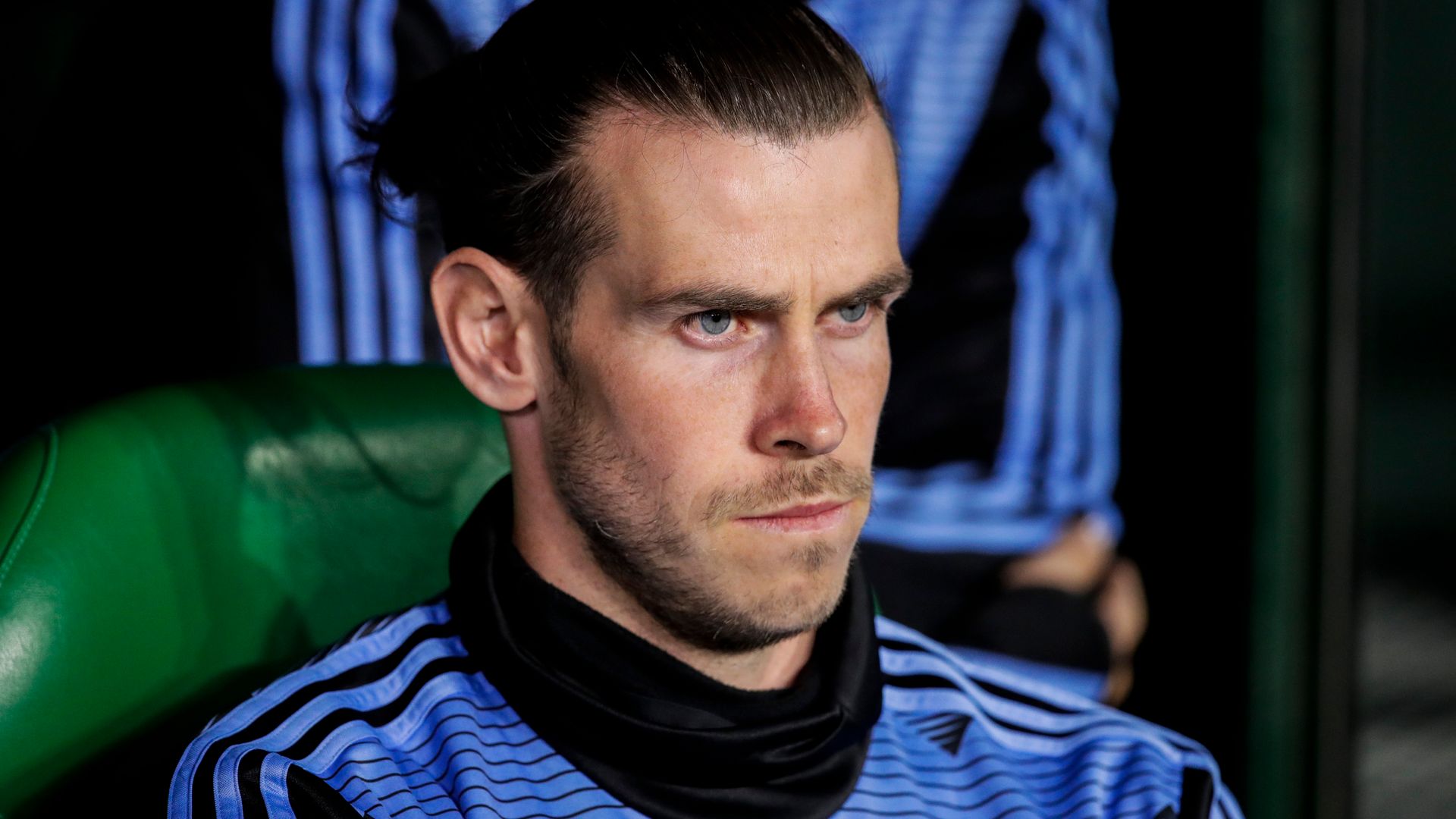 It has been a year of turmoil for Gareth Bale, voted Real Madrid’s worst player of the 2019/20 season by the club’s own supporters

“I need to be playing week in, week out, and that’s not happened this season. I had an injury five, six weeks into the season but I’ve been fit ever since. I have to sit down with my agent in the summer and discuss it.”

When Gareth Bale scored twice in the Champions League final against Liverpool two years ago, he used his moment in the spotlight to express his frustration, after months of being left out of the team.

Madrid are celebrating a 34th La Liga title this month, but very little has gone right for Bale since that public statement beneath the falling tickertape and confetti in Kiev. 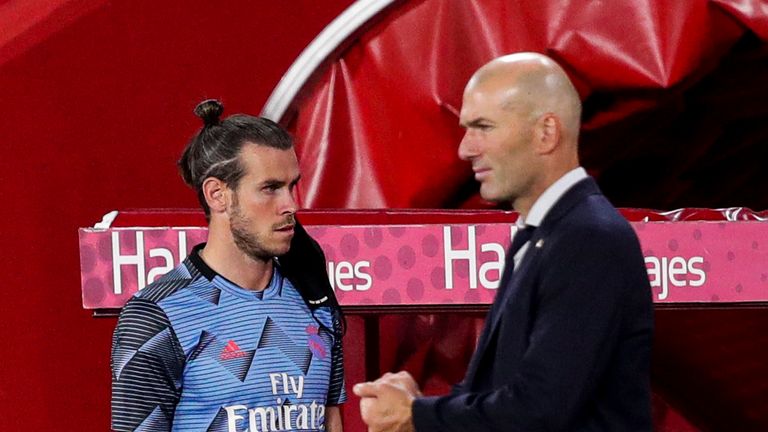 Zinedine Zidane departed days later, but Julen Lopetegui’s ill-fated five-month spell and subsequent sacking was blamed on Bale by Madrid legend Jorge Valdano. To compound matters, Real turned to their former manager to avert a growing crisis in March 2019, and their relationship has been as expected.

“Their relationship is broken,” Spanish football expert Alvaro Montero tells Sky Sports. “They don’t even talk and they don’t have a good relationship. It’s purely professional. It’s not like the relationship he has with Sergio Ramos, Casemiro or with Luka Modric.

“He’s the most expensive player in Madrid’s history, but Zidane has counted on Karim Benzema, Marco Asensio has come back into the fold after nine months out injured, Eden Hazard will get better while even Rodrygo, Vinicius and sometimes Lucas Vazquez are ahead of him.

“Bale was a superstar four or five years ago, and when Cristiano Ronaldo left for Juventus, he was counted on to be the one who would replace his goals, but now he’s perhaps the sixth option.

An unhappy and expensive marriage

There has been a perceived lack of commitment in the Spanish media with Marca describing him in one recent article as acting like a “clown” in the stands during the final few games of the season.

As Real won 10 straight games since the restart to win a first La Liga title in three years, Bale played just 99 minutes – and this had little to do with the poor injury record that has plagued him in recent seasons.

It is a year this week that Bale’s move to China was called off after Real Madrid cancelled the deal. He was set to earn a reported £1m a week at Jiangsu Suning – and Zidane had made it known that he wanted the Welshman off his books during a pre-season tour in Washington.

“We hope he leaves soon,” the Madrid boss said. “It would be best for everyone. We are working on his transfer to a new team. I have nothing personal against him, but there comes a time where things are done because they must be done.”

The sooner he leaves, the better was the general feeling, but the player was not keen on effectively choosing semi-retirement in an inferior competition.

“There was a huge offer from China, but he didn’t want to go there,” Montero adds. “James Rodriguez has an even worse relationship with Zidane so they are both in similar situations. The Spanish media see James as a forgotten item, whereas they expect more from Bale.

“We don’t even ask for James as we know he wasn’t as expensive as Bale, nor was he ever as important as Bale in the club’s history with the goals he has scored in the past. Bale is always in the headlines, he’s always breaking news.”

For all his current travails, no one can discount those magic moments: goals in two Champions League finals, and a penalty in the shootout in a third. That overhead kick over Karius.

There was also the extraordinary goal to defeat Barcelona in the 2014 Copa del Rey final, running off the pitch and back on again. Bale is now struggling to just get on in the first place.

This season he has scored just three goals and made 14 starts across all competitions. When those figures are placed up against his reported earnings, the numbers simply do not stack up. The Welshman, who has scored more than 100 goals for the club, is on £350,000 per-week after tax.

It is not surprising that during a recent fan poll in Spanish publication Marca, Bale was voted the club’s worst player of the season out of 4,000 votes and 24 other options.

In May, Bale was a special guest on the US golf podcast The Eric Anders Lang Show and even hinted he would be keen to play in Major League Soccer in the future. He questioned why Madrid supporters whistled him when he entered the field at the Bernabeu.

Montero admits the player has not helped pacify his relationship with his manager, the supporters and the media.

“If you want to resolve these issues, you would call the press one day and say that your relationship with Zidane is fantastic and say publicly that you want to stay at Madrid for the next two years.

“He would state how much he wants to win trophies at the club and also put on record his willingness to fight for his place in the side.

“But he hasn’t shown the courage to do this. In the training sessions, he’s not very involved and he’s not forcing Zidane into changing his opinion on him. He has more of a natural goalscoring ability than Benzema and Asensio, but Zidane doesn’t count on him.”

His portrayal in the local media has not been helped by the player himself, seen holding a ‘Wales, Golf, Madrid – in that order’ flag after his nation qualified for Euro 2020 last November.

While his side faced Tottenham in a friendly in July 2019 in Munich, Bale was pictured playing golf in a country club on the outskirts of Madrid.

He infuriated Real fans recently as he joked about falling asleep with a protective face mask over his eyes while watching the team’s recent 2-0 win over Alaves in Madrid from the stands.

Days later, Bale risked further wrath from Real Madrid fans after appearing to make a ‘binoculars’ gesture on the bench during his side’s 2-1 win at Granada – to spy on those that filmed him from the stands.

The most startling aspect of the image, not picked up by the widespread media, was that he still had his watch on despite being named among the substitutes.

There is a Roman proverb often quoted in Spain that can be applied to Bale in these difficult times: “La mujer del César no solo debe ser honrada, sino además parecerlo”, meaning it is not enough to be honest and respectable without showing it through actions.

“If you play for this club, you need to know immediately about Alfredo Di Stefano, Raul Gonzalez and La Cibeles – the fountain in the city where Madrid celebrate their titles. It seems that Bale has been a little bit disrespectful, and this is what the fans feel.”

Even though he has not been featuring regularly for the La Liga champions in recent weeks, the player’s agent Jonathan Barnett has vowed that he will not be leaving the Santiago Bernabeu.

“Gareth’s fine. He has two years left on his contract. He likes living in Madrid and he’s going nowhere,” Barnett told the BBC this week.

“He is still as good as anyone else in the team,” Barnett said, adding that Bale’s place in the team was up to Zidane.

“Of course, there’s been interest but there’s hardly a club in the world which can afford him. It’s a great loss that he’s not in the Real Madrid team at the moment but he’ll not leave.

“Gareth is not looking to outlast Zidane. Zidane has been very successful. There’s no hatred. Zidane just does not want to play him. Gareth trains every day and he trains well.”

Barnett said that Bale was keen to represent Wales at next year’s European Championship but ruled out a loan switch to another club for regular game time to remain match fit.

Moreover, the player is happy in Madrid and fully intends to remain in the Spanish capital for the remaining two years of his contract. It means the chances of him returning to Tottenham, even in a loan capacity, appear as unlikely as ever.

The pandemic has narrowed that possibility even further; recouping even £45m for the 31-year-old would appear optimistic.

“Bale loves Madrid, loves Spain and loves his bank account,” Montero ends. “He wants to stay here and in case the side were to play awful next season and Zidane was to be sacked, maybe he will get another opportunity.

“My feeling, however, is that Zidane is now going to stay and there won’t be the same surprise as there was two years ago. It doesn’t make much sense to me for Bale to stay, but he will because there’s no club who’s going to make a satisfactory offer for Madrid.

“It’s a marriage still, but they sleep in different bedrooms.”

Sorenstam: Why I received medal from Trump

Chan 2021: Zambia can fulfill their goal by working together – Sikombe