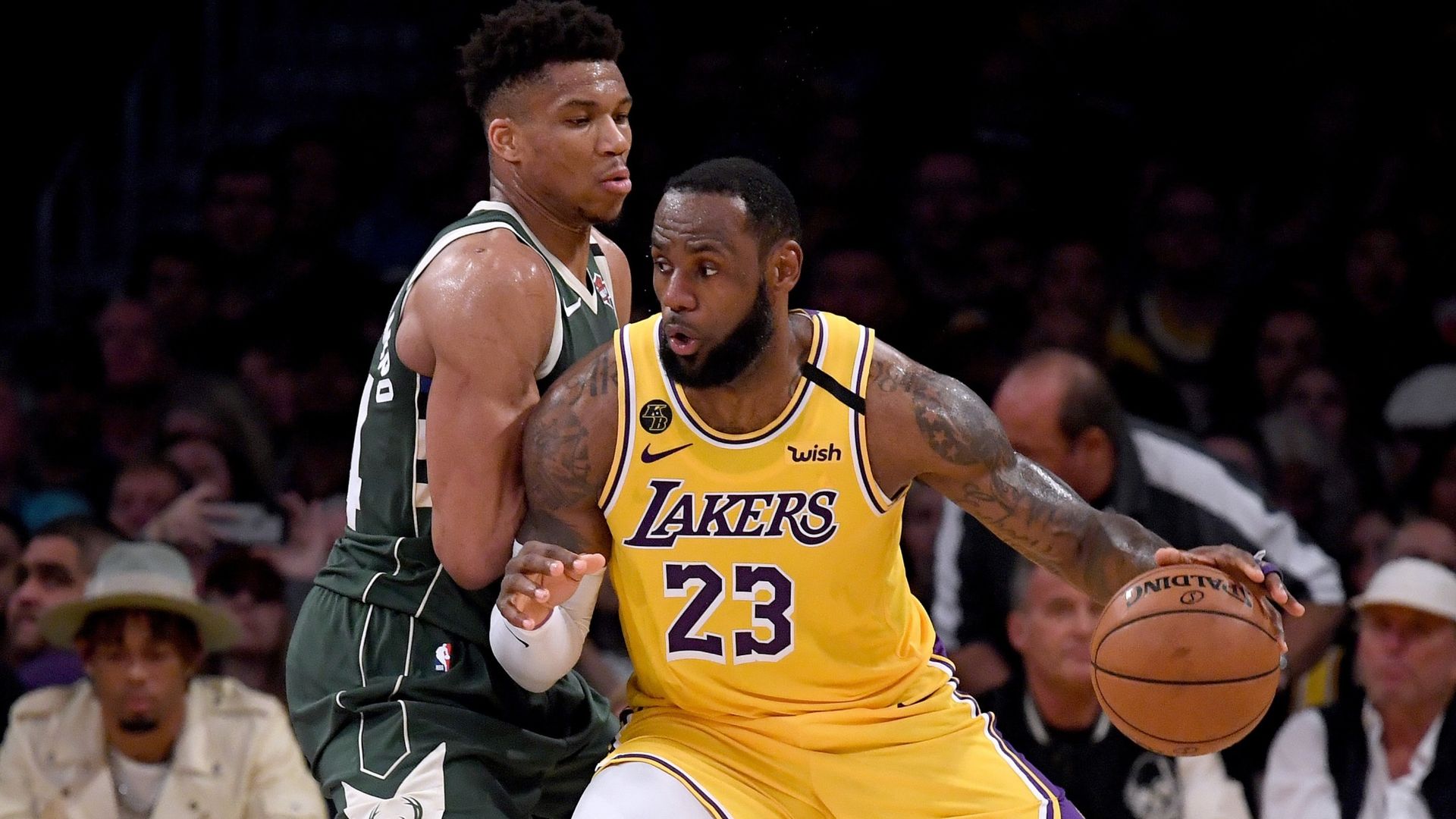 The Milwaukee Bucks talisman was averaging a tied-third 29.6 points per game prior to the league’s suspension back in March, was tied-third with 13.7 rebounds per game and led the NBA with 10.9 field goals made per game to help his side to the top of the Eastern Conference.

James meanwhile played a starring role in taking the Lakers to the top of the Western Conference with 25.7 points per game, a league-high 10.6 assists per game and a second-most 13 triple-doubles.

“Based on the new criteria that somebody somehow made up, I don’t know how, because there was a guy that beat me out twice and they said he beat me out because his record was better than mine,” said O’Neal.

“Based on that BS criteria, Giannis is 53-13, LeBron is the best player in the world, he is 49-14. So based on this new criteria, you’ve got to give it to Giannis. Based on the new criteria that was made up when I lost twice.

“Listen, LeBron can win every year. What I respect about Giannis is, he said ‘okay LeBron, I respect you and all that, but I don’t want to join no super team, I want to do it my myself’.

“He lives in Milwaukee and you put him with coach Bud (Mike Budenholzer), the kid plays hard, he’s very exciting to watch and he’s doing it the right way, I’m giving him super respect for that so he gets my nod.

Dwayne Wade also backed Antetokounmpo for the accolade, while paying tribute to James’ continued dominance at the age of 35.

“For me, Giannis came back this season as MVP, he didn’t do anything to lose that,” he explained.

“LeBron was catching him, LeBron was really picking up steam before the season ended and I felt the last 20 games was going to really determine who would be MVP, we did not have that. Giannis did not lose MVP.

“LeBron is the best player in the game right now and what he’s doing in the 17th year, if there was an award for that he would get that. Overall, Giannis has been MVP all season and I think he’ll probably win it back-to-back.”