There was a brief point in the early stages of the ongoing coronavirus pandemic where Ra’eese Aleem wondered if he would have to start all over whenever action resumed.

Even in a healthy market, the unbeaten junior featherweight still had to go the extra mile in order to command attention. As the spring schedule was decimated and threatening to creep into the summer, the realization came that he had to be willing to make a statement in order to push his way higher on the priority list.

“I’m not gonna lie, it was definitely tough in the beginning,” Aleem confessed to BoxingScene.com. “A few weeks in, I started to get semi-depressed, I was taking step up fights just to get to where I am, and I started to wonder if I was going to have to start all over whenever we were able to get back in the ring.” 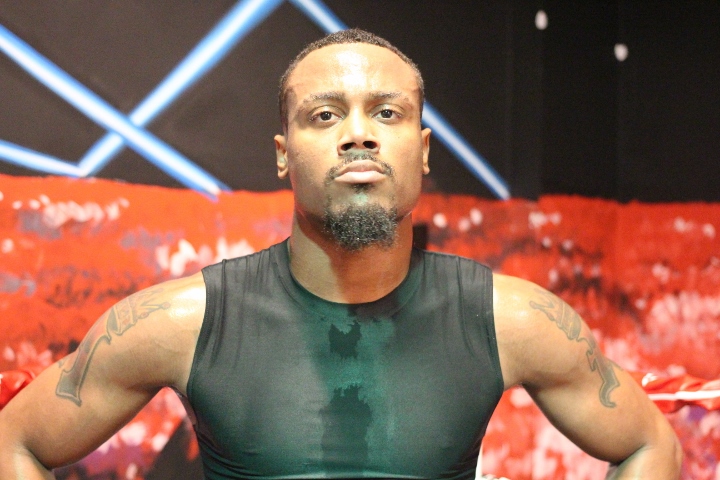 His worst fears were alleviated when the phone call came for an opportunity to enter the biggest fight of his young career. Aleem will take on fellow unbeaten 122-pound prospect Tramaine Williams (19-0, 6KOs) as part of a Showtime-televised tripleheader which will take place August 1 at Mohegan Sun Casino in Uncasville, Connecticut.

The bout comes in supporting capacity to a vacant title fight in Aleem’s division, with undefeated contenders Stephen Fulton (18-0, 8KOs) and Angelo Leo (19-0, 9KOs) colliding for the WBO 122-pound title in the main event. A win by Aleem will put him on the radar of contenders in waiting for that belt along with the WBC strap held by Rey Vargas (34-0, 22KOs) and the WBA/IBF titles held by Murodjon Akhamdaliev (8-0, 6KOs).

Finding a way to stay ready during those months when many others were choosing paths other than boxing to live their day-to-day helped maintain Aleem’s place in line. The little things in life helped provide an epiphany that led to his putting in the type of work befitting a hungry title challenger.

“I couldn’t let a lack of gym access slow down my progress,” Aleem notes. “Things like going to the park, jogging, even shadowboxing—all that helped me stay focused. Whatever rut I got myself into, doing stuff like that helped me get back into my routine. By then, gyms started opening back up.

“At that point, I was already taking the advice from my team—Marshall Kauffman, Prince Ranch Boxing, even my publicist Mario (Serrano) telling me to act like there’s a big fight coming up. So when that conversation came up to fight a guy like (Williams), they knew I was ready. That’s what it takes to get from where I am to the next level. Real fighters can’t sit around and do absolutely nothing.”