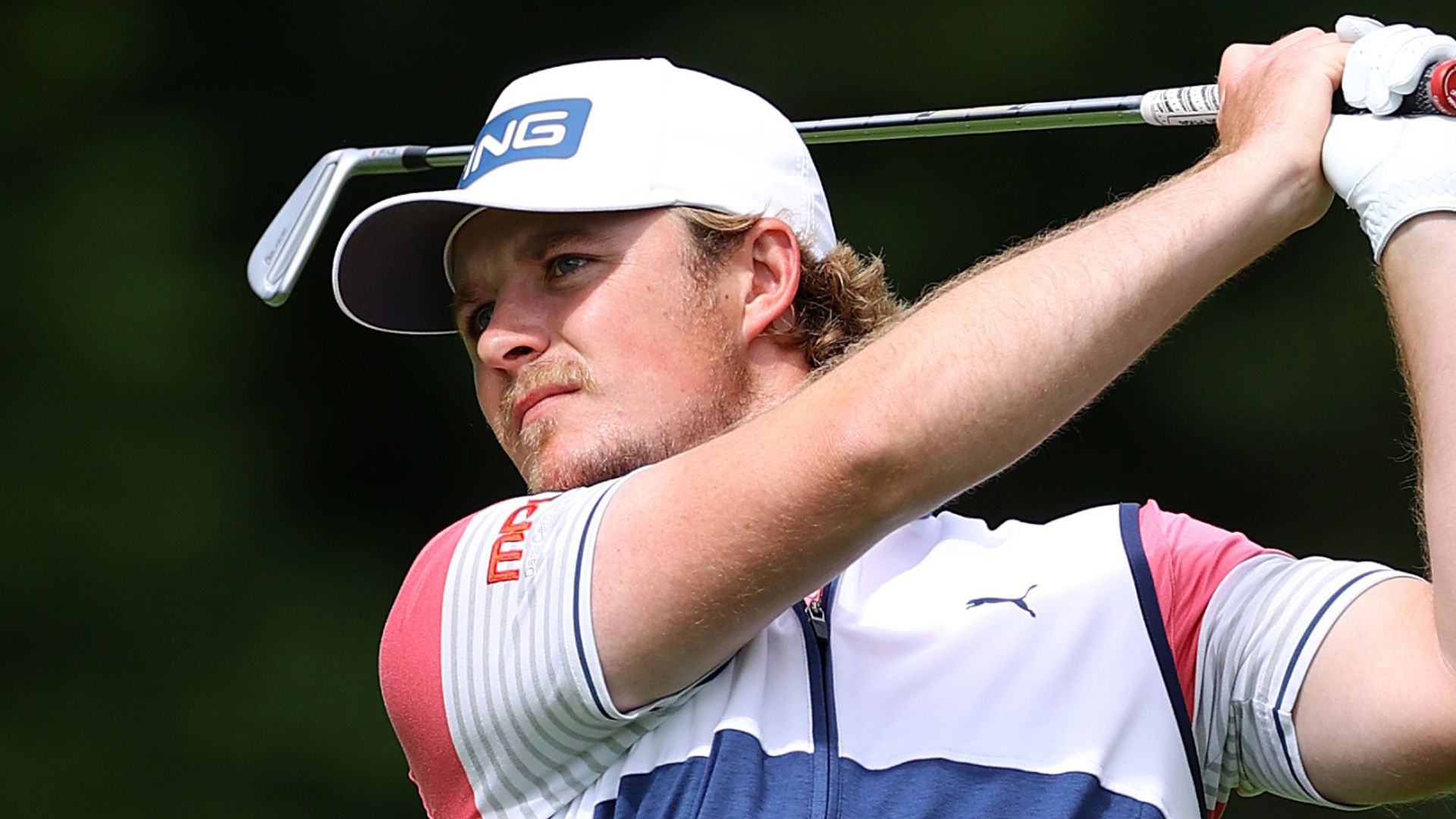 Watch the Hero Open live on Sky Sports Golf. Live first round coverage from Forest of Arden begins on Thursday at midday

Eddie Pepperell will have a new putter in the bag at the Hero Open this week after revealing the one he bought from his brother ended up at the bottom of a lake at Close House.

Pepperell endured a torrid finish to the British Masters when he double-bogeyed three of the last eight holes to card a 77 and slip to two under for the tournament, and he joked that he would not be taking up his brother’s offer to trade the putter back in as it was “very wet”.

The 29-year-old paid his brother, Joe, £100 for the putter ahead of the first of six events on the European Tour’s new UK Swing, but his performance on the greens was blighted by inconsistency throughout the event which prompted Pepperell to dispose of the offending flatstick as he left the final green.

“The putter is very wet and has been since I walked off the 18th green on Saturday evening,” said Pepperell. “I haven’t taken him up on that offer, a waste of £100 that one. I think a ball also went in, but I wasn’t going to jump in. Bit soon for that, only the first week back.

“I’ve brought my putter back that I used at the start of the year. I don’t know why I changed, I putted quite well with it. I did, but it’s back in the bag. I’ll hopefully have some more luck with it this week than I did last week.”

Last week’s tournament host, Lee Westwood, pulled out of the Hero Open after admitting he was struggling for motivation playing behind closed doors at Close House, but Pepperell insisted his focus remained positive, despite the eerie atmosphere, until he ran up a double-bogey at the short 12th.

He added: “I think with me, historically even in the biggest events with crowds, when I have been in 30th position I really struggled. When you look at my results, they tend to be a lot of missed cuts or 50th positions, or top fives and 10s, there doesn’t seem to be much in the middle with me.

“I do have a hard time really getting motivated when I am not in contention to win or at least finish high up, and last week didn’t feel hugely different. But for most of the week I felt like there was an opportunity for me to finish in that top five.

“But once I made double bogey on the 12th hole on the final day, that is probably what you saw manifest in terms of the way I finished the rest of that round, my head was nowhere to be seen and that is typical of me and it always really has been in my career.

“It was interesting to hear Lee say he struggled, I just wanted to play well because I thought if you don’t play well early you could find that happening early on in the week, and I think Lee did struggle.

“Obviously he only just made the cut, so it wasn’t his best and he probably struggled for motivation there but fortunately for me I thought like I was playing pretty well most of the week and I was pretty motivated.”

Pepperell also compared British Masters champion Renato Paratore to all-time great Lee Trevino when referring to the young Italian’s rapid pace of play, which he found refreshing to watch and a reflection on an overall improvement on the European Tour since stricter measures were brought in to speed up the players.

“It’s natural to Renato, he just seems to play at that pace,” Pepperell said. “The only time we have a problem is when you get the occasional player – and they are very occasional – who is naturally very slow. It’s great to have someone like Renato because he tips the balance back in favour of fast play, which we all prefer.

“In terms of trying to emulate something like this, it would be strange for someone like me because I find when I’m playing at home with friends, I often don’t go through my routines and play pretty awful. Some guys need a routine, Renato is just one of those guys who steps in and hits it, a bit like the clips of Lee Trevino we see floating around.

“It’s nice because it’s natural, and a nice talking point. Generally, the pace of play has been great, not just last week but in general. The Tour seem to have clamped down the last year or two. I think it’s been noticeable how much faster it has felt out there.”