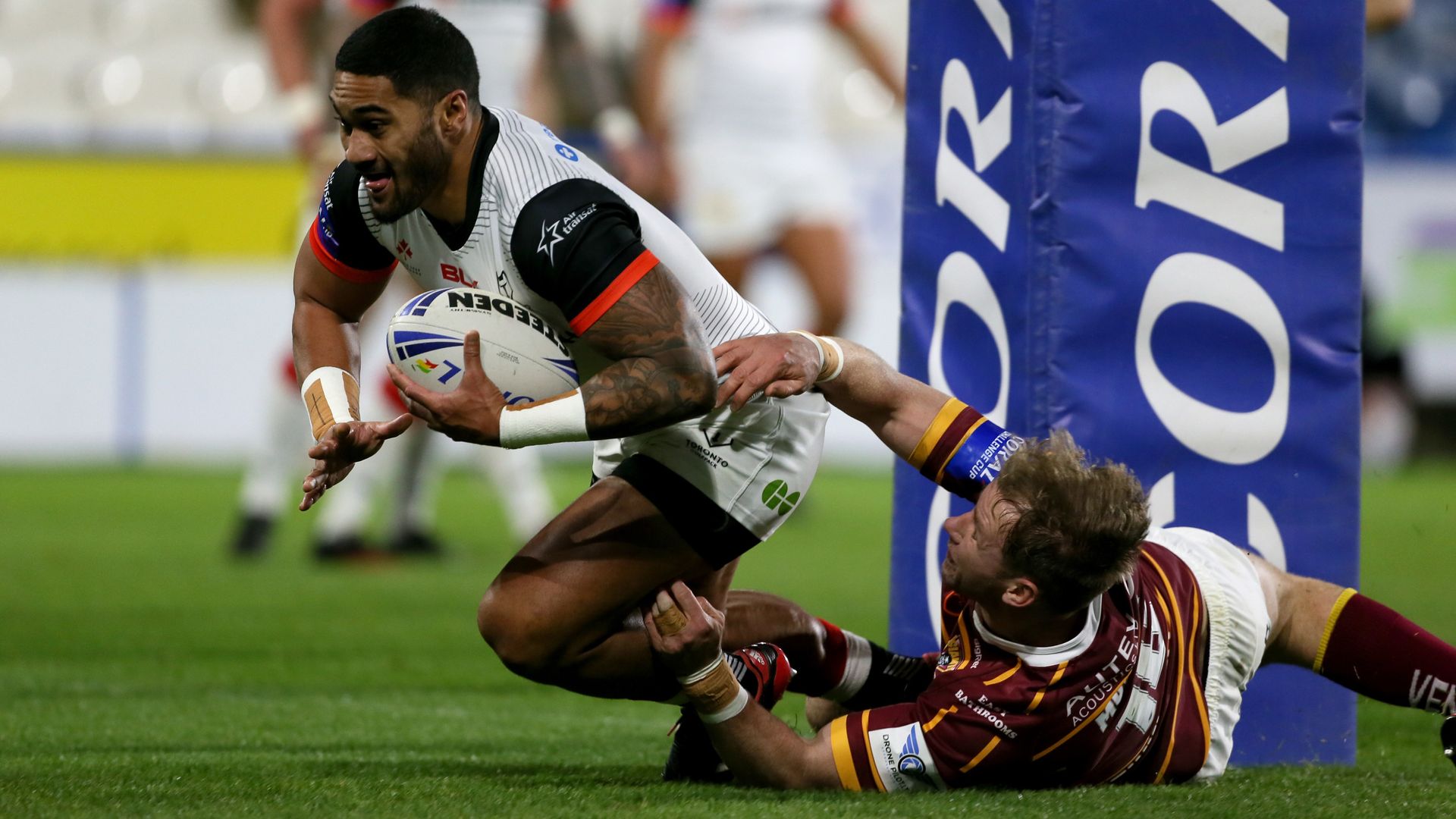 Jenna Brooks looks at all the latest news from the NRL including the latest on Ricky Leutele and will the NRL bend the rules for teen star Joseph Suaalii?

We now know Sonny Bill Williams will play out the rest of 2020 season in the NRL with the reigning premiers the Sydney Roosters, but what’s the latest with Toronto’s other marquee player Ricky Leutele?

The New Zealand Warriors are in talks to sign the former Cronulla outside back on a short-term deal.

The game recently altered the rules allowing Williams to have two contracts, one with the Wolfpack and the other, a short-term deal with the Roosters, and the Warriors interim coach Todd Payten is hoping the same exemption goes for Leutele.

“We’ve made some enquires, but he’s not going to leave a really healthy contract, if things aren’t sorted properly, in terms of rulings from the NRL,” Payten said.

“I don’t know where that stands at the moment, it could be sorted, it might not be.

“But he’s on a rich contract over there and for him to come over to us, get five games for not a great deal amount of money, I can understand where he’s coming from.

“So, we’re just seeking some clarity around that.”

The NRL are considering bending the rules again, to allow a 17-year-old to play first grade rugby league.

Joseph Suaalii is expected to sign a four-year deal reportedly worth $2m (£1.1m) with South Sydney on Saturday, the day he turns 17.

The teenager, who signed a three-year underage contract with the Rabbitohs in February, has caught the attention of Rugby Australia, and the governing body of rugby union is trying to secure the youngsters services.

Suaalii has represented the Australian Schools and U18 rugby union team last year and has been compared to Catalans Dragons and dual code international Israel Folau, as well as incoming Warrington star player Greg Inglis.

The South Sydney junior would be eligible to play the 15-man code immediately, however, NRL rules state a player cannot make his first-grade debut before he turns 18.

Australian Rugby League Commission chairman Peter V’landys said he would consider changing the current rule to hold onto such a talent.

“Absolutely. We will look at anything that is to the benefit of the game,” V’landys said.

“That is what the Commission is there for; to look at the benefit of the game, the promotion of the game and the outcomes of the game.

“We should look at every case on its merits. We should not have blanket rules that stop you from doing things that are for the benefit of the game.”

NRL guru Phil Gould has advised the game against making an exemption to its age eligibility rules.

“I wouldn’t like them to make an exception here,” Gould told Channel Nine.

“I don’t think it’s a good rule to change. I really don’t.

“I think that’s contrary to what we’re trying to do in managing the expectations, the money for our development players and just where they go to.

“You’ve just got to be careful you’re not setting a precedent that’s going to come back and bite us down the track.”

There were concerns that the game could once again be forced to a standstill after Queensland Premier Annastacia Palaszczuk declared that from 1am on Saturday, Sydney residents won’t be permitted to enter the state.

However, the NRL will be permitted to fly in and out of Queensland despite the strict lockdown laws being enforced and V’landys has confirmed the competition will continue unchanged for the foreseeable future.

“It won’t affect us because we applied to the Queensland government when the border was closed for an exemption, and we were granted an exemption,” V’landys told Fox Sports.

“We had rigorous protocols in place at that time. I think the risk is less now than what it was when we were granted the original exemption.

“We’ve had confirmation from the Queensland government that the exemption continues.”

Round 12 marks the NRL’s annual Indigenous round, which aims at appreciating and educating fans on social issues affecting Aboriginal and Torres Strait Islander people.

Each of the 16 clubs will wear a unique jersey designed by Indigenous artists, with each stadium acknowledging and teaching supporters about the traditional custodians of the land in Australia.

Melbourne Storm winger Josh Addo-Carr, who is of Aboriginal descent, spoke of the importance of the round.

“It’s a special round for our people. It’s a round that I look forward to every year.

“It’s just a little acknowledgement to the First Nations people and …. Indigenous players that have contributed to rugby league.