He also represented his country at the 2016 Olympics in Rio, and looks destined for an extremely bright future.

Bachkov said: “It was time for me to box in the professional ranks, and MTK Global is the best management company with many champions.

“I have a lot of memories of fights in the amateurs, but I have not yet reached my goal in boxing. As a professional athlete, I want to become world champion and be the best fighter in my weight class.

“I was pleased to be an amateur and compete in all the competitions and win all the fights that I did, but now I’m very excited to turn professional.”

MTK Global Vice-President Jamie Conlan said: “We are delighted to announce the signing of Hovhannes Bachkov to MTK Global. Hovhannes is widely regarded as one of the best amateur boxers in the world, and his all-action fan friendly style has seen him medal at World and European Championships, as well as become an Olympian at Rio 2016.

“At MTK we have always prided ourselves in being the only management company that is truly global in both fighters and gyms located throughout the world.

“To acquire his services is a huge a statement of our intent, and going forward these elite level fighters are the calibre of signing that we are looking to acquire.” 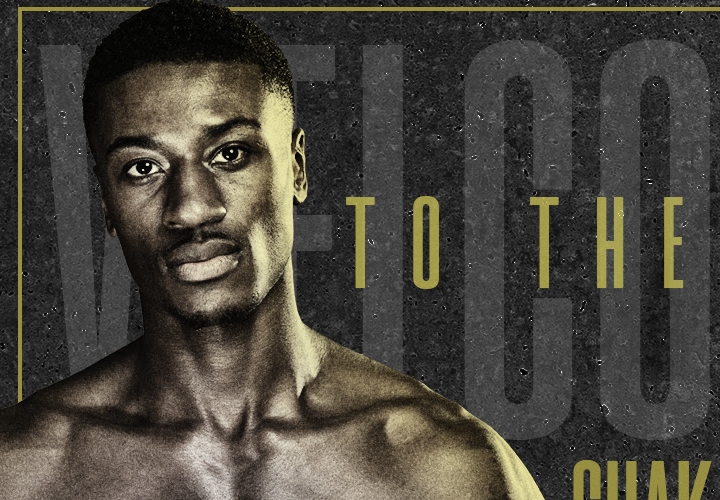 Undefeated British Light-Heavyweight title contender Shakan Pitters has signed a long-term promotional agreement with renowned promoter Mick Hennessy as he advances to the next level of his career.

The Birmingham hot shot has won all 13 of his fights since turning professional in March 2017 and first came to public attention when he breezed through the Ultimate Boxxer 2 tournament in November 2018, winning three fights in one night to claim the top prize.

He captured his first professional title when he defeated Dec Spelman in a thrilling 10-round war to lift the English crown and close a successful 2019.  All set for a big 2020 with a challenge for the British title against Chad Sugden scheduled for March 28, Pitters then saw the fight cancelled just a week prior due to the lockdown caused by the COVID-19 pandemic.

However, Hennessy this week delivered the exciting and long-awaited news that boxing’s big return to free-to-air TV screens will be the Pitters versus Sugden British title showdown which headlines a thrilling five-fight card, exclusively live and free on Channel 5.

LIGHT-HEAVYWEIGHT CONTENDER Dec Spelman today arrived at the fighter hotel ahead of a headline clash against British and Commonwealth Champion ‘King’ Lyndon Arthur, vowing to dethrone his highly-favoured opponent.

The pair will clash on Friday night, live on BT Sport 1 at 7pm, and a confident Spelman is clear on what he intends to do: “I want to bash up Lyndon, I want his British and Commonwealth titles… and then I want to fight Anthony Yarde.”

Much has been made of Hall-Of-Fame promoter Frank Warren’s plans to manoeuvre Arthur into position to face Yarde later in the year, but Spelman believes he’s being overlooked and it’ll come back to bite Arthur come Friday night.

“All i’ve heard about since the fight was made is how Lyndon’s going to beat me and then get his big night against Anthony Yarde.

The Scunthorpe scrapper believes that he can take Arthur to levels he’s not yet seen and then go and give a good account for himself against ‘The Beast’ later in 2020.

“I’ve already beaten fighters that would beat Lyndon Arthur. The one time he stepped up he went to war with an unknown Ghanaian.

“Anthony Yarde has nothing that worries me. None of the light heavies do. That’s how good I feel.

“I feel great, I’ve just been grinding through lockdown and I’m ready to take Lyndon’s head off.”

The last time Dec Spelman fought on BT Sport he suffered a razor-thin, close decision loss to Shakan Pitters but Dec reckons viewers shouldn’t read too much into what he considers a sub-par performance.

“BT Sport viewers didn’t see the best of me last time out, but I know come Friday it’ll be the best version of Dec Spelman that knocks out Lyndon Arthur.”