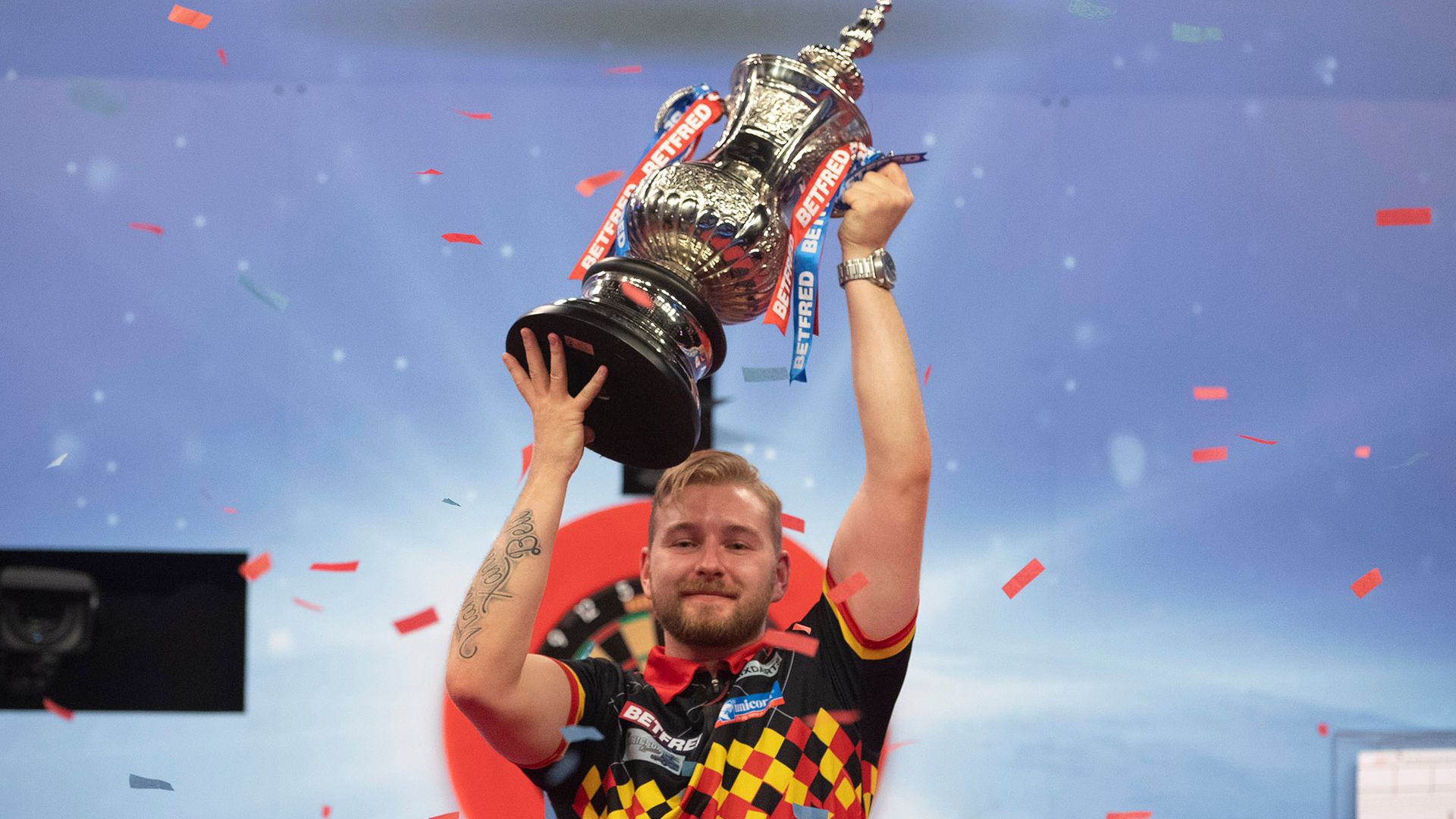 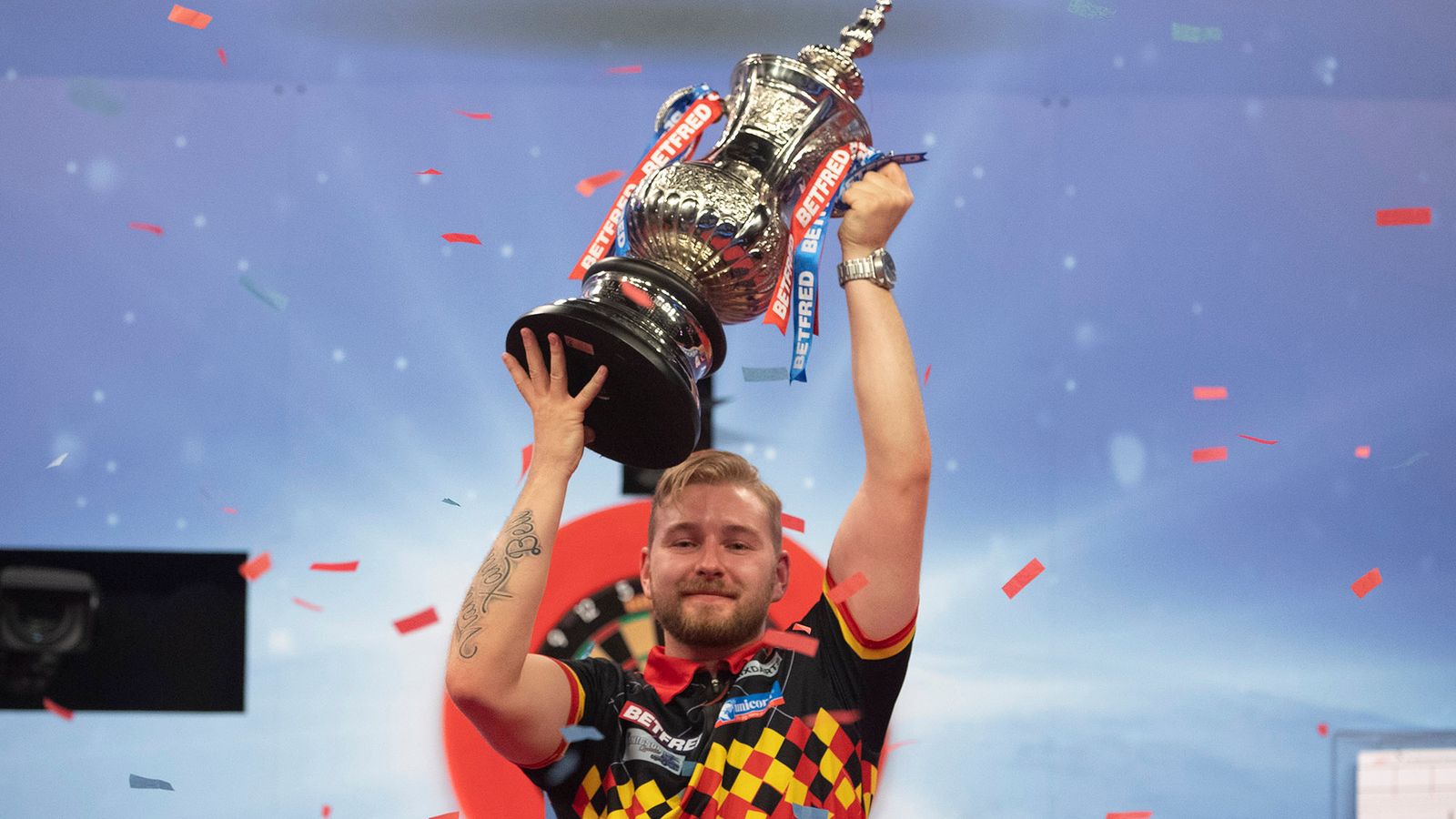 It’s a special episode of the podcast as we are joined for an extended interview by the World Matchplay champion Dimitri Van den Bergh – how he won, how he celebrated and when he first picked up a dart.

After nine days in Milton Keynes, it’s time to reflect on the talking points from a tournament that provided shocks and classics and much more too.

Colin Lloyd, Michael Bridge and Paul Prenderville are reunited on Skype to go through the headlines, before the champion – back home in Belgium – is on the phone to talk about it all.

The Dreammaker, whose dreams came true in the sport’s second biggest tournament, is our special guest as we review the action in Milton Keynes……

Dimitri Van den Bergh – from picking up a dart at 18 months to lifting the Phil Taylor trophy just a few days ago and planning for the future, darts has been quite a journey for Dimitri. He takes us through it all – including a recent spell in lockdown with world champion Peter Wright.

Colin Lloyd’s talking points – as a former champion our man is quick to pass on his congratulations, but there’s plenty more that took Lloydy’s eye. He takes us through some of the stand-outs and what we might have learned ahead of the rest of the season.

John Part – the three-time champion of the world was part of the team at the Marshall Arena, but had to follow some strict protocols having been given permission to fly from Canada. He’s also determined to get a Tour card back and brings us up to speed.

Premier League update – arrows is back in Milton Keynes in August after the PDC’s latest announcement, we will update you with where, when and how the Premier League will be looking to get back on track

Darts is back on Sky Sports next month, as the Premier League returns with six consecutive nights of action getting underway on Tuesday, August 25.