Julio César Chávez applauded his friend, former heavyweight champion Mike Tyson, for announcing his return to the ring to offer an exhibition fight.

However, he does not fully approve of Tyson, 54-years-old, having chosen September 12 to do so, because there are many who view it as a Mexican date.

Chavez Sr. even rejected an invitation to be a part of the event – which will see Tyson in the main event against former four division champion Roy Jones Jr. at a venue in Los Angeles, California.

“Look, as long as they are fit and in good health, everyone is welcome… if it is for a noble cause, that’s good, and if not, it’s all the same,” said Chavez Sr. to ESPN Deportes.

“Everyone knows what they are doing, but the truth is Tyson looks great. He had spoken to me to fight on this card, in an exhibition, but I did not want to accept.” 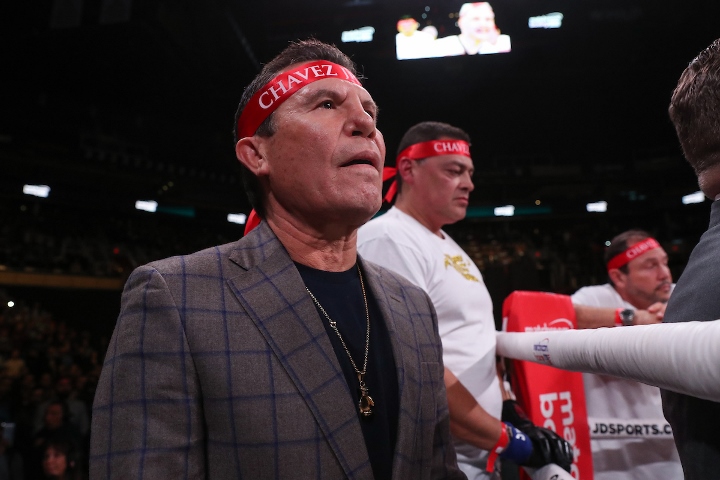 The detail that Chavez Sr. did not like was the date, which falls on Mexican Independence Day weekend.

Traditionally, a Mexican boxer would compete on the date in a high profile fight.

Last year, Canelo Alvarez was going to fight on that high profile weekend – but pushed back his return to November in order to finalize the bout with Sergey Kovalev.

And this year, it appears Canelo will once again push back his September return due to the coronavirus pandemic.

But, Canelo has yet to make an official decision regarding his scheduled return for September 12.

Chavez Sr. was not willing to take a chance where he would take part on a card that directly competes against Canelo.

“The truth is what I didn’t like [was the date], [and I turned it down] out of respect, because our [bout] would be an exhibition and Canelo is in a serious fight,” said Chavez Sr.

“It is grabbing the date for all Mexicans and the truth is I did not want to take it. I think that date belongs to Mexico, it belongs to Canelo right now, it would make me very upset to fight in a supporting role for Tyson and compete with Canelo, it is not worth it.”