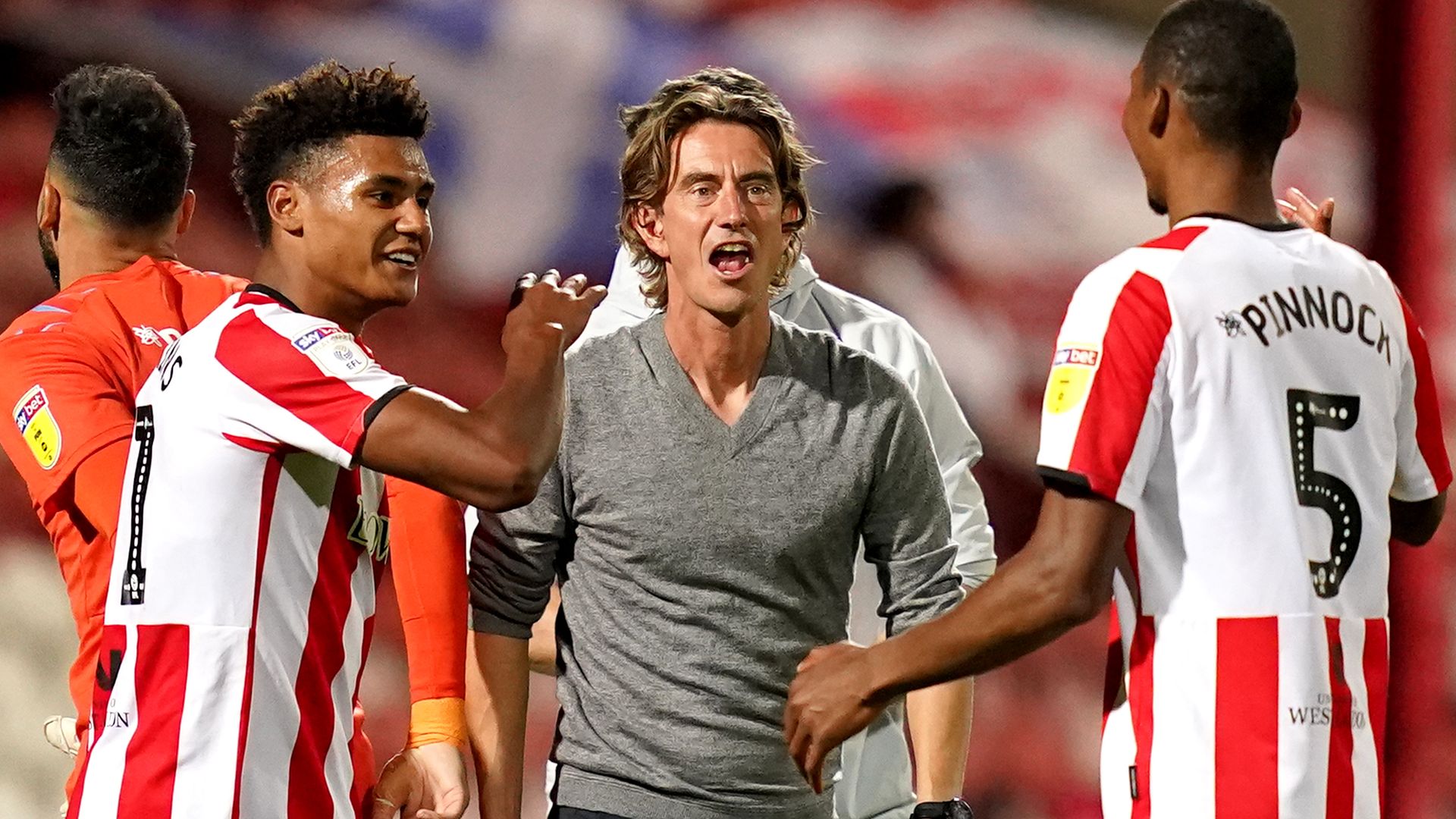 Brentford gave Griffin Park a fitting farewell as they came back from a first-leg deficit to beat Swansea and reach the Championship play-off final with a 3-2 aggregate win.

Playing their final home game at the 116-year-old stadium, the Bees were trailing 1-0 against the Swans, but two quick goals from Ollie Watkins and Emiliano Marcondes quickly turned the tie on its head. Bryan Mbeumo then sealed their passage shortly after half-time and a 3-1 victory on the night.

Swansea had snuck into the play-offs and were excellent in the first leg but, Rhian Brewster’s late goal aside, struggled to cause Brentford too many problems.

Thomas Frank’s side will face Fulham or Cardiff in the final at Wembley in a 7.45pm kick-off Tuesday, August 4 as they target a first play-off triumph in their history at the ninth attempt.

It could well be their west London rivals who they vie with for a spot in the Premier League, too. Fulham lead 2-0 on aggregate ahead of their second leg on Thursday night.

Brentford say goodbye to Griffin Park as they head to Wembley

Brentford had lost their last three games on the spin before Wednesday night, but any question marks about how they would go about trying to overturn the deficit were answered quickly and emphatically as they struck twice in four minutes early on.

A quick counter-attack in the 11th minute levelled the tie as goalkeeper David Raya found Mathias Jensen, and he threaded through Watkins to charge in on goal and finish low past Erwin Mulder.

After 15 minutes Brentford had turned the tie. Said Benrahma’s ball into the box found Marcondes, and he managed to guide a header just inside the near post.

Swansea boss Steve Cooper made two changes at the break, but Brentford put the tie beyond them almost immediately after the restart. Rico Henry – who saw his red card rescinded from the first leg – raced down the left in the 46th minute and crossed for Mbeumo, who fired a fine left-footed volley past the helpless Mulder.

Brentford were cruising and seemed as comfortable as you can in a game of this magnitude. But in the 78th minute Pontus Jansson’s inexplicable error allowed Brewster the opportunity to lob David Raya from the edge of the box and give Swansea some hope of a recovery.

But they couldn’t get another and Brentford saw the tie through. The fans were sorely missed, but they still said goodbye to their famous old stadium in the style they would have hoped.

Man of the Match – Ollie Watkins

Has this lad seriously only been a No 9 for a year? Watkins took his goal brilliantly early on to really get Brentford going and then led the line sublimely for the rest of the game. Swansea simply couldn’t handle him.

26 goals now this season for the 24-year-old. Even if Brentford don’t win at Wembley next Tuesday he will surely be a Premier League footballer next season.

Brentford will head to the Sky Bet Championship play-off final at Wembley on Tuesday, August 4. Coverage starts at 7pm on Sky Sports Football, ahead of a 7.45pm kick-off. They will face Cardiff or Fulham.