Travis Kauffman could hear Naazim Richardson’s raspy voice in his head when he became emotional while training Friday in Houston.

Kauffman couldn’t help but break down at times the day he learned his longtime trainer had died. The veteran heavyweight knew, though, that Richardson would’ve told him to quit crying, pull himself together and re-focus on training for his fight against Otto Wallin on August 15.

Richardson remained hospitalized throughout this year after suffering another stroke late last year.

The respected trainer from Philadelphia died Friday from complications caused by his most recent stroke. Richardson was just 55. 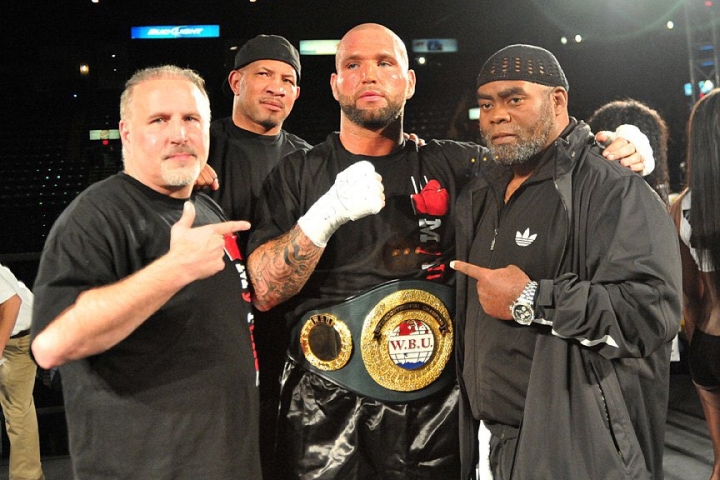 Kauffman credits Richardson for turning around his career once he agreed to work with Kauffman’s father, Marshall Kauffman, as an assistant trainer in 2013. Richardson, most known for training Bernard Hopkins and Shane Mosley, became the younger Kauffman’s head trainer in 2015 and worked his corner for each of his past nine fights.

Richardson was very demanding, something Kauffman despised during camp yet respected.

“I must’ve fired Naaz in every, single camp we worked together,” a laughing Kauffman said. “You would get so frustrated with the dude because he pushes you balls to the wall. Every camp I’d say, ‘I can’t work with Naaz no more. I’m done.’ But sure enough, the next fight I would work with him. It was always love. He was always so positive. I’m very talented, but I never truly believed in myself. What Naaz truly taught me was to believe in myself. That was the number one thing I got from Naaz, to truly believe in myself.

The last time Kauffman saw Richardson was when his father visited his trainer in the hospital three months ago. Marshall Kauffman connected Richardson and his son through FaceTime.

“This truly hurts,” said Travis Kauffman, who knew Richardson for 20 years, since his amateur days. “I knew I wasn’t gonna have him there for this fight because of his health, but I didn’t think he would die while I was getting ready for this fight. He was such a good guy. That’s why it hurts so bad.”

“The only thing Naaz ever asked for was a first-class flight [to my fights] and he’d say, ‘Give me whatever you think I deserve,’ ” Kauffman said. “There was never any set fee on what I gave Naaz. Let’s be real – most trainers get 10 percent. Naaz was like, ‘Look, all I want is a first-class flight,’ and whatever I felt he deserved. And it was never an issue – never. He was just always so positive and calm. He meant a lot to me.”