Showtime announced its return to boxing with a strong nine-card slate last week that will be spread out through the rest of the year.

Two of the events will be available exclusively on Showtime pay per view.

The first is the day-night, PPV twin billing between Jermall Charlo and Sergiy Derevyanchenko as well as twin brother Jermell Charlo versus Jeison Rosario. It will take place Sept. 26 and feature a total of six fights throughout the day for one price and purchase. The other PPV will pit Gervonta Davis against Leo Santa Cruz on Oct. 24. 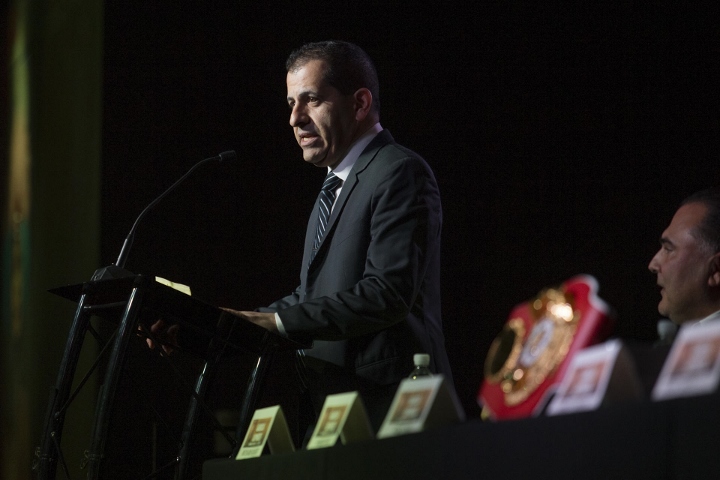 All of the fighters will be making their PPV debut as headliners and be tasked with promoting and selling the fight to interested observers.

Stephen Espinoza, president of sports and event programming for Showtime, told BoxingScene.com that he feels comfortable tapping PPV newbies to main event status, just as they reinsert themselves back into the boxing picture in the middle of a global pandemic.

“It would be silly not to take into account the economic situation across the country. There are certain realities of that. There are a lot of people who have been squeezed financially,” said Espinoza. “That was one of the main reasons why we structured [the pay per views] the way that we did. We tried to provide a value proposition, but even more value than we have seen in any recent pay per view. In reality, pay per view is a tool to help make fights happen that they otherwise would not have happened. We understand that there are economic and financial pressures here. We think the market will respond. When you have this kind of quality on one card, it is a special, one-of-a-kind event. We think the audience will show up for it.”

Espinoza said the PPV pricing for both programs will be in line with what previous Showtime PPV’s have been over the last couple of years. An official announcement regarding the exact figure is still forthcoming.

The last time Showtime staged a pay per view, it was January 19, 2019 when Manny Pacquiao unanimously decisioned Adrien Broner at the MGM Grand in Las Vegas. The asking price for that event was $74.99 (HD viewing).

“If you look at the quality and caliber of the matchups, these are fights that would really have to go to pay per view in order to finance,” said Espinoza of his upcoming cards. “If we rely on it sparingly for the true, top-tier events, I think we can do some good business and a great event.”

Espinoza explained that he explored the possibility of staging the same-day Charlo show over the course of two nights, similar to what WWE has done in the past, most recently as this year’s Wrestlemania.

“It turned out to be too difficult and ultimately not feasible to implement technologically with the distributors, so we turned it into a [same-day] doubleheader,” said Espinoza.

Showtime’s slate of shows is set to take place at the Mohegan Sun in Uncasville, Connecticut, but Espinoza is not ruling out other locations if the threat of Covid-19 clears away.

Prior to the pandemic, the Davis-Santa Cruz fight was tabled to take place at the Staples Center in Los Angeles in June.

“We are definitely going to keep our eye on the market and public health situation. Every fighter on these cards has realized we have to adjust,” said Espinoza. “We can’t just put everything on pause because of the situation we’re dealing with. We have figured out a way to pull these events off with minimum risk. If it proves that we can do that in other states in front of limited crowds, or ultimately full crowds, we’ll make that move when we can.”