Jonathan Oquendo (31-6, 19KOs) remains patient and confident that he will become a world champion by the end of 2020.

The bold declaration comes ahead of the 36-year old from Vega Alta, Puerto Rico making his second bid for a major title. The latest opportunity will come versus reigning WBO 130-pound titlist Jamel Herring (21-2, 10KOs), who will attempt the second defense of his belt.

Their fight was postponed twice – previously being scheduled for July 2 and July 14 – and both times pushed back due to Herring testing positive for COVID-19.

Top Rank’s CEO, Bob Arum, is now targeting the date of September 5 at the MGM Grand Conference Center in Las Vegas, according to ESPN. 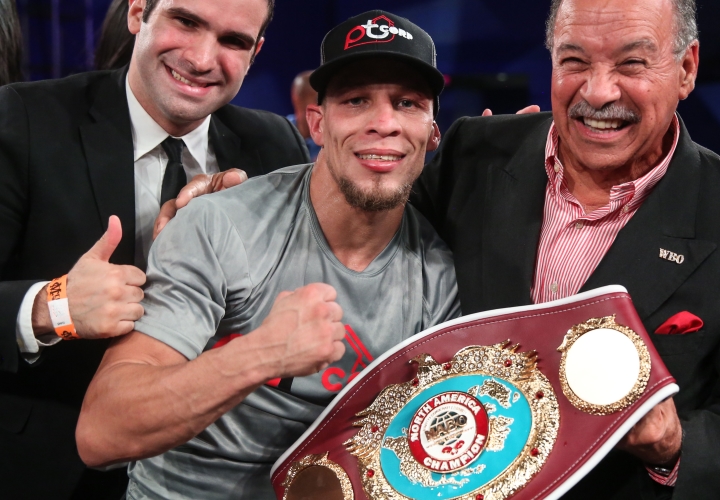 The long delay in their fight at no point dampened the challenger’s enthusiasm any less than the idea of performing in front of a live audience.

“It is what it is,” Oquendo laments to BoxingScene.com. “Everyone is in the same situation with the coronavirus (pandemic), and credit to Top Rank and all of the promoters for having the courage to put on these events during this time. I know at some point we will have fans back in the crowd and everything will feel normal again.

“Until then, we have to do what’s necessary to continue with the sport.”

Oquendo was last seen picking up a 10-round win over Charles Huerta last November, as part of a stretch where he was won five of his last six starts since a December 2015 loss to Jesus Cuellar in a bid to claim a featherweight title. He will enter as a longshot underdog but will have months to prepare to shock the world.

“[Being the underdog] motivates me,” Oquendo admits. “I’m sure Herring and his team chose me for a reason, but they will regret it. I have dreamed of this moment for so long. The only weird feeling will be to not have my fans—or any fans—there to celebrate as I win the world title. I will have to save it for the trip home. I can’t wait to present my new world to all of my people in Puerto Rico who continue to uplift me.”