Omar Juarez will be among the PBC prospects FOX will feature during its first boxing broadcast in five months.

BoxingScene.com has been informed that the 21-year-old Juarez (7-0, 4 KOs), of Brownsville, Texas, will battle Willie Shaw (12-1, 8 KOs), of Vallejo, California, in an eight-round fight FOX will air August 8 from Microsoft Theater in Los Angeles. The 140-pound prospect’s bout will be one of three fights FOX will televise that night as part of its first boxing telecast since March 7.

As previously reported by BoxingScene.com and other outlets, Thomas Dulorme and Jamal James will square off in FOX’s main event August 8. 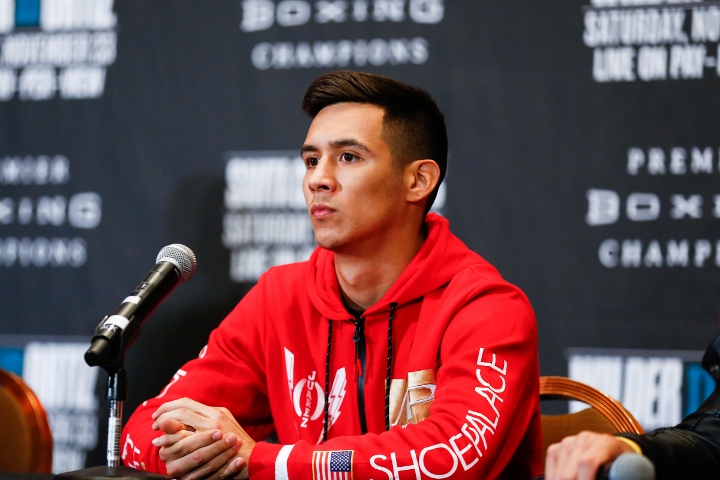 Las Vegas’ Dulorme (25-3-1, 16 KOs) and Minneapolis’ James (26-1, 12 KOs) will fight for the vacant WBA interim welterweight title. Dulorme, a native of Puerto Rico, and James were supposed to meet April 11 in a FOX main event from The Armory in Minneapolis, but that show was postponed due to the COVID-19 pandemic.

The August 8 card will include seven fights altogether, three of which will be televised by FS1, FOX’s sports cable channel, before FOX’s coverage begins at 8 p.m. ET/5 p.m. PT.

FOX is expected to officially announce its August 8 show and numerous additional telecasts later this week.