Former five division world champion Floyd Mayweather Jr. believes he made the right decision to retire from the sport of boxing in August of 2017, after stopping UFC superstar Conor McGregor in the tenth round of a cross-sport boxing match at the T-Mobile Arena in Las Vegas.

Pacquiao last fought in July of 2019, when he picked up a twelve round decision win over Keith Thurman to capture the WBA title.

Mayweather believes that Pacquiao, due to financial reasons, has to continue fighting.

“My faculties and everything that I got come first. We just talked about, your health is your wealth. And that’s why I got this towel on, I was working out today. Now, Pacquiao fights because he has to. Once again, I fight if I want to. So there’s a difference,” Mayweather told rapper Fat Joe during their interview. 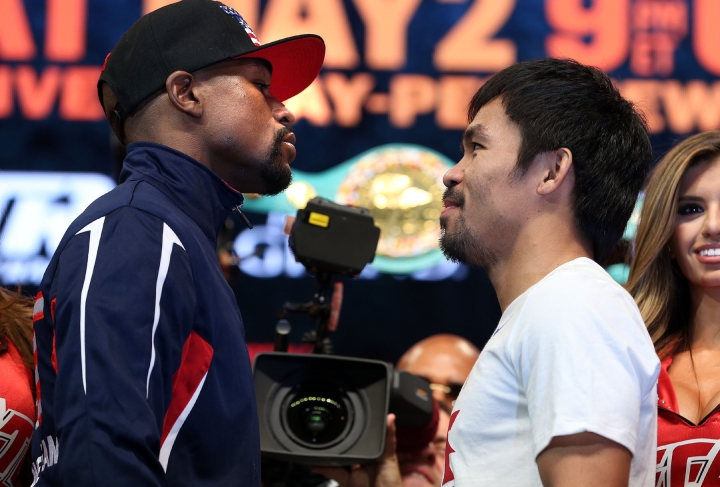 Mayweather won a twelve round unanimous decision over Pacquiao in May of 2015.

Their contest was the most financially lucrative fight in the history of pay-per-view, with 4.6 million purchases.

There are fans who believe the fight took place a few years too late – with both boxers past their best – especially Pacquiao.

But Mayweather, who is two years older than the Filipino superstar, says the critics are trying to play down one of his biggest wins.

“You keep saying in our prime. I’m older than Pacquiao by two years. We keep saying ‘in your prime.’ When I beat Pacquiao, they said he wasn’t in his prime and I’m older than [him]. And then when I fought Oscar De La Hoya, they said he’s old and we’re both in our 30’s [for that fight].  No matter what happens it’s never good enough for anyone. As long as I’m happy that’s what’s important,” Mayweather said.