Last week, it was announced that Tyson and Jones would collide in the ring on September 12 in California.

Maccarinelli brutally knocked Jones out in four rounds in their 2015 encounter. Jones was 46-years-old at the time. 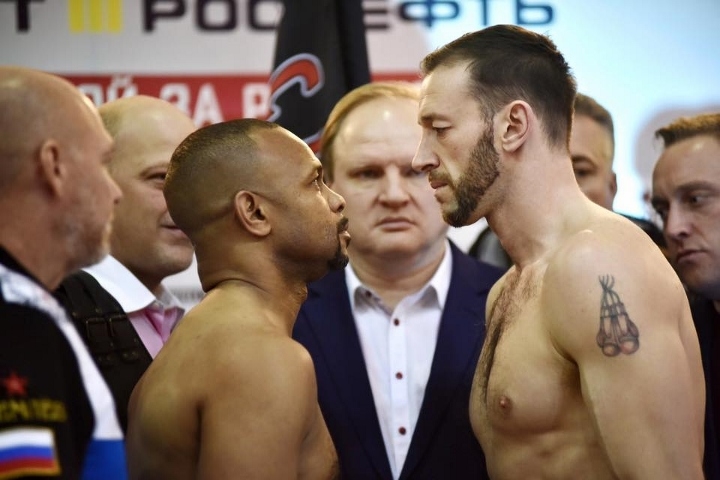 The fight will be fought over the eight round distance.

The California State Athletic Commission is assuring everyone that Tyson and Jones will not get overly aggressive and should not be looking for a knockout in an exhibition.

But Maccarinelli is not expecting a fight filled with big smiles.

“I see this turning into a bit more than an exhibition! It will be competitive. No way they are training so hard for a ‘friendly’ fight. They are both big punchers, they can both crack, how do they not go for a KO? You could pull back 50 percent of your punch – which is not going to happen.

“Tyson looks as good as ever, hitting the bag for 30 or 40 seconds. What’s he like sparring? What’s he like taking a shot himself? Tyson looks ferocious. But 15 years older [than when] we saw him slumped down against Kevin McBride. His head looks in a better mind-frame now than it was then.”

Tyson, 54-years-old, has been out of the ring since 2005 – when he suffered a stoppage loss at the hands of McBride.

Jones, 51-years-old, has been out of action since early 2018. He’s fought 23 times since Tyson decided to retire.