On Yuriorkis Gamboa’s part – everything is ready. The ball is in Devin Haney’s court to make a deal.

Gamboa’s manager, Jesse Rodriguez, is hoping that a deal can be reached to challenge the WBC lightweight champion – potentially on September 26 on DAZN.

“Yuri is very excited about this fight, now that he is healthy and feels rejuvenated,” commented Rodriguez to George Ebro. “We’re waiting for the contract to be sent to us, but the main issues are resolved. We hope that this effort will become a reality.” 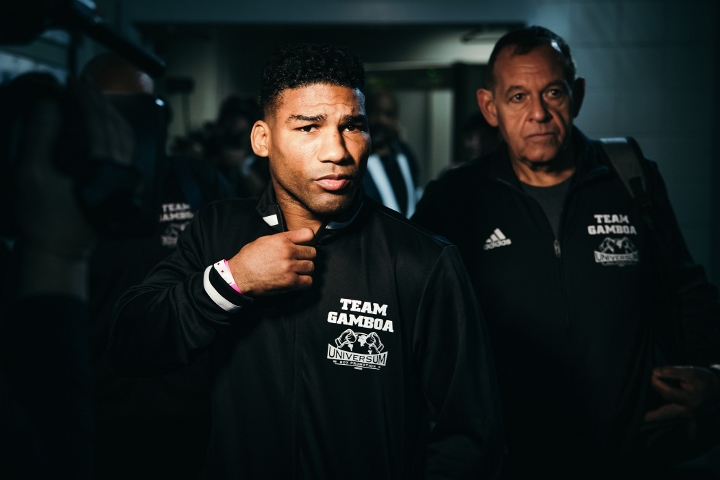 If the contest were to take place, it would be the second consecutive time that Gamboa fought a 135-pounder, after suffering a knockout loss in the twelfth round in the Showtime televised clash with Gervonta Davis, when they fought for the WBA title on December 28 in Atlanta.

It was Haney himself who revealed that he was negotiating a potential fight with Gamboa, a former world champion and an Olympic gold medal winner.

This would be, as with Davis, a classic battle between youth and experience – between a 21-year-old Haney and a 38-year-old Gamboa, who also comes back from a long period of recovery after suffering a tear in the Achilles Heel that required a visit to the operating room.

“He is fully recovered, everyone will be able to see a Gamboa who is in great physical and mental condition,” Rodriguez added. “His desire to return to the ring is tremendous, his intention to fight Haney is undeniable. Yuri wants this fight. Fans know that with him a good show is guaranteed.

“It’s amazing how Gamboa’s name arouses interest every time it’s mentioned. Davis knew how important it was to deal with him, and now with Haney, history repeats itself. When you leave a valuable legacy, that’s what happens. Gamboa is only waiting for the green light to fight.”