There are some offers that one can’t refuse.

Undefeated Sebastian Formella, after years of hard work, will travel to the United States to face former WBC, IBF world champion Shawn Porter on August 22 in the main fight in Los Angeles as part of a “PBC on Fox” televised event.

Formella’s promoter, Erol Ceylan from EC Boxing, got a deal done with Premier Boxing Champions. The exact details will be announced shortly.

“When my promoter Erol Ceylan called me, I said yes immediately – without even knowing the details. Porter is one of the best in the world and I have great respect for him, but I’m not flying to the United States to lose,” Formella explains. 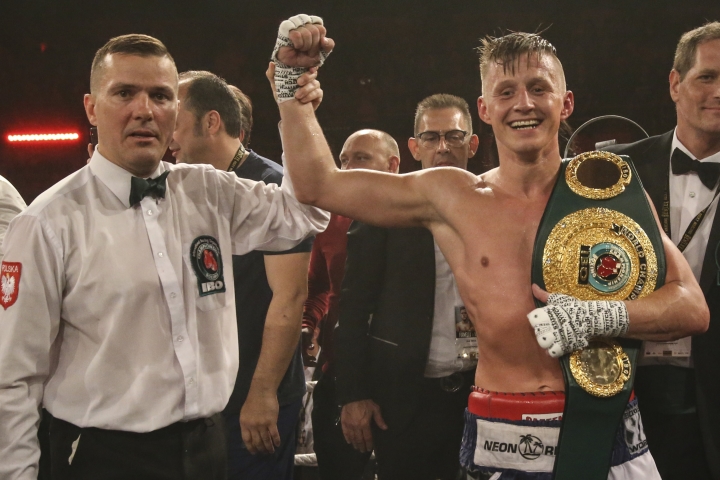 The 33-year-old Formella is currently in Istanbul, where he is gradually getting closer to his top physical shape.

“This is the champions league of boxing. Since Sebastian has been under contract with us, we have worked towards this goal. Winning the IBO world championship last year was a big highlight, but this is the next level,” Ceylan said.

In July 2019, Formella dethroned world champion Tulani Mbenge in his hometown of Hamburg and had gold strapped around his waist. This victory suddenly catapulted him upwards and made him a sought-after name internationally. His successful title defense against Roberto Arriaza in January manifested his position in the welterweight ranks.

He won’t have to defend his title on August 22, but the strongest opponent of his entire career is now waiting for him.

Porter has, by far, the edge in experience with fights against Kell Brook, Keith Thurman, Adrien Broner, Danny Garcia and more recently Errol Spence. The 32-year-old suffered three losses, all by way of close twelve round decisions.