Last week, it was announced that Tyson, 54-years-old, and Jones, 51-years-old, would collide in an eight round exhibition fight on September 12 in California. 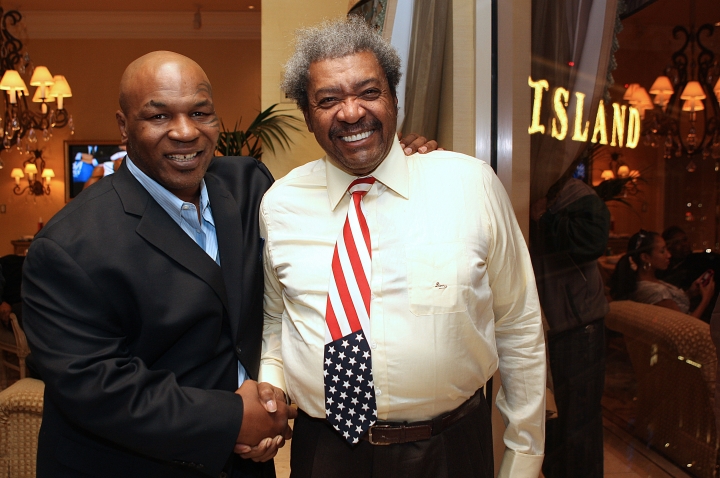 Jones has been away from the ring since early 2018, while Tyson has been retired from boxing since 2005.

“You know, those are two icons. They’re both icons. You know, it’s a great form of entertainment, but it’s also a great message,” King told All Hip Hop.

“[Men are] still out there, you know, putting their lives in jeopardy. I don’t care who you are. You got to respect it, man. Waking up those three steps [into the ring]. You ain’t got a league [like other sports] where you can take a ‘time out’ to sit in a separate room. When you go in there, you had to deal with it real! That guy? That’s your opponent.”

Although King and Tyson have had a rocky relationship over the years, the 88-year-old promoter indicates that they made up years ago.

“I love Mike Tyson. Mike Tyson came to me and he says, ‘Don [anytime] I tell the truth about you – they won’t give me nothing. But if I tell the lies about you, [I can get paid],'” King said.

“I said, ‘Get the money! Whenever you want to get the money.’ I’ve never said anything negative about Mike Tyson. But Milke Tyson has berated me to the high heavens. I let him survive. Roy Jones [split from] his father [who trained him in the 90’s], Roy Jones. His father did everything in the world to get Roy Jones [successful] and give him that and you can’t forget your father. You know Roy Jones made a little slip there, you know because you don’t forget the dirt road.”