Yvon Michel is mad as hell. The question is if he’s going to keep taking it.

The Montreal-based promoter continues to rail against what he believes to be a highly unjust piece of regulation by the Quebec health ministry that has led to the indeterminate shutdown of live boxing in the province. In short: all boxing shows are a no-go for fear that they pose an abnormally high chance of spreading COVID-19. But it’s the fact that other sports have been given the greenlight to return, such as hockey, that has left Michel, as well as colleague and rival Camille Estephan, feeling particularly irate and maltreated.

“If someone gets COVID-19 from fighting in hockey, he’s going to transmit it to the other person, and it’s the same thing for boxing,” Michel told The Journal of Montreal. “The health ministry has a bad understanding of what we’re proposing, and they’re using an angle that fits their own aims.” 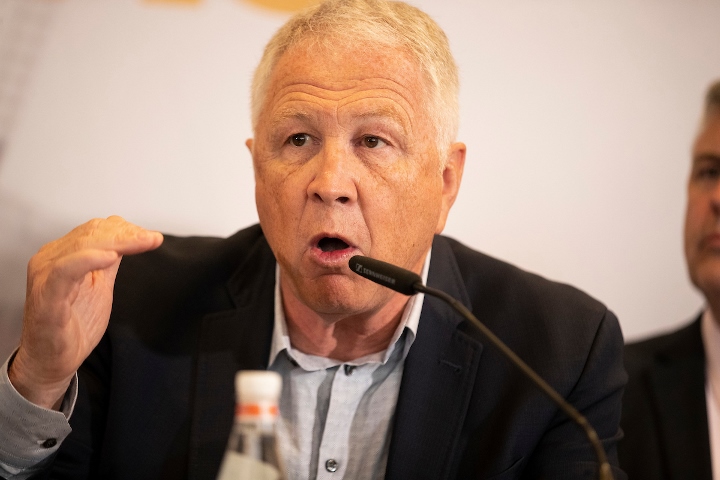 For the health ministry, the difference between boxing and hockey is distinct enough to warrant a hard line. Most recently, the public health director of Quebec, Horacio Arruda, rejected a proposal by Estephan to bring safe boxing to Montreal.

But that isn’t the point, according to Michel, who understand the risks. Like other businesses, that get to operate under the strict observance of safety measures, Michel believes boxing should be afforded the same leeway. It’s the perceived double standard and lack of transparency that bothers Michel the most.

“They continue to say that because of the close proximity (between boxers), the chances are far greater (in boxing) to transmit the virus,” Michel said. “But we’re in agreement with all of that! What we’re proposing is a protocol that will allow us to practice the sport securely. I find the health ministry is acting in bad faith.

“In all other areas, (the health ministry) showed flexibility in helping everyone get back up and running while assessing the risks. Yet, in our case, they’re being stubborn about not wanting to have a conversation with us, and I don’t know why.”

Michel continues to point to the example of Top Rank in the US, which has been able to break out of its economic stasis by putting weekly shows for the past month under heavy Covid-19 protocol – “The Bubble” as it’s called. The best that Michel has been to do is to offer some of his fighters on those shows, like Kim Clavel, who won a decision on the undercard of the Oscar Valdez-Jason Velez main event last week. And on August 22, another one of his fighters, the Columbian light heavyweight Eleider Alvarez, will fight Joe Smith in the main event of another Top Rank card.

“Top Rank succeeded in eliminating all risks thanks to a very tight safety net,” Michel said. “I don’t see how a boxing show can be a danger for public health if there is strict protocol in place.”