WBO super middleweight champion Billy Joe Saunders has made it clear who he wants to face later this year – after calling for a showdown with either Callum Smith or Demetrius Andrade.

After a planned bout with Canelo Alvarez didn’t come to fruition, Saunders (29-0, 14KOs) has shifted his sights onto facing either fellow British world champion Callum Smith in a unification fight or WBO middleweight titlist Demetrius Andrade later this year. 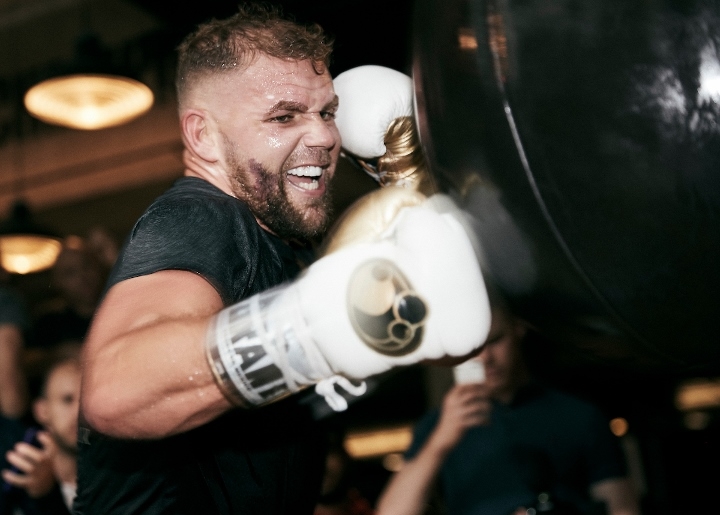 Saunders, who made a successful first defence of his crown against Marcelo Esteban Coceres in November, has spent time in Fuerteventura with trainer Ben Davison, Josh Taylor and Shabaz Masoud, and has made his intentions very clear for the future.

Saunders told IFL TV: “I just think that the only fight that should happen this year is either against Callum Smith or (Demetrius) Andrade. With Andrade, we all know we’ve got a history in the past. With Callum, obviously it’s a unification fight.

“I think those two fights make real sense. I can see one of them definitely happening. Maybe at the end of October or November, or even December.  I’m looking for the big fights against the world’s elite fighters, on a fair and even playing field.

“I’ve contacted MTK a couple of days ago. They’re working on something now and even touched base with Eddie. I think it’ll be finalised in the coming weeks. All I’ve got to do is put my trust in them, make a big fight and see where we go.

“I’m already a two-time world champion. The only thing I care about is winning, so I have to keep on winning and winning. If the public demands for it (fight against Canelo), maybe it will happen, maybe it won’t. Everything happens for a reason.”