Some stories in boxing, no matter how fresh their spin, feel told at this point. They’ve been hit from every angle, rinsed, repeated, and retold again.

Of course, a tale can only feel told to those who have come across it before. It’s why there will always be another stab at Louis-Schmeling, the long count, or the life of Ali. One person’s retread is another’s rediscovery.

There is something to be said for digging in places that feel genuinely fresh.

Carlos Acevedo’s book of essays, Sporting Blood: Tales From the Dark Side of Boxing, published earlier this year by Hamilcar, finds a balance between the familiar and the less so for a read that goes by quickly and feels over too soon. Acevedo, a multi-time Barney award winner, gets to show off the range of his talent in this collection, applying varying stylistic flourishes to each subject approached. 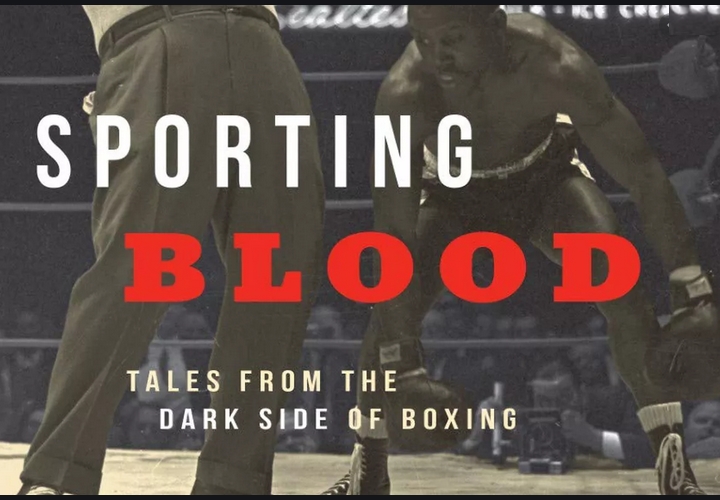 The most familiar feeling of the pieces, looks at Ali, Jack Johnson, the Roberto Duran-Esteban DeJesus rivalry, come early. All are well written and the reexamination of the Duran-DeJesus denouement is as touching as ever. Ali, written about under the title The Ghost Orbiting Forever, is a good first choice and recounted in a way that reads as tribute and cliff notes to the life of a figure whose shadow the sport has yet to escape almost forty years since his last fight.

Consider them the hook. It’s with the next two selections, writing on Jr. welterweight great Aaron Pryor and former welterweight champion Don Jordan, where the line is really set. Acevedo’s snapshots through the life and career of Pryor come off the page like Pryor’s style in the ring. There is a violent flurry, a reset, and then another flurry behind it as Pryor moves from championship glory to bleak tragedy to redemption.

Jordan’s isn’t a story that hasn’t been told but he’s one of those who can be lost as time wears on. He’s a name in the historical ledger, a blip on one of the glamour division’s championship roster. Jordan scaled the heights and then faded into a sad end. The language applied is vivid and unsettling as Acevedo describes a post-career interview by Jordan:

The road to those ramblings couldn’t have been a joy to travel but it’s fascinating to read and a reminder of the depth of stories boxing provides beyond the most often retold. Similar, typically sad, journeys await in looks at men like Davey Moore, Bert Cooper, Johnny Saxton, Eddie Machen, Ad Wolgast, Al Singer, Michael Dokes, the Quarry’s, and Carlos Negron.

Any one of those figures on their own might be a tough sell but couched between Ali, Johnson, and later Joe Frazier, Johnny Tapia, Mike Tyson, and Jake LaMotta, it gives the reader a steady balance between things they might feel like they’ve read before and things many will feel are brand new.

A favorite read from this corner is Acevedo’s approach to the mystery around the death of Sonny Liston. Last year’s excellent Showtime documentary on the former heavyweight champion reintroduced that story to the masses again for a new generation. HBO, in 1995, had a similarly fantastic documentary and there have been books along the way, notably The Devil and Sonny Liston by Nick Tosches.

Acevedo takes a more measured approach to demystify the mystery. He seems to ask, given everything known about Liston’s demise, what is the most logical conclusion? Conspiracy theories can be more engaging but they often exist because the easiest answer is the harshest of all. Readers will weigh his take and draw their own conclusions.

As a whole, Sporting Blood is a book about boxing’s character as much as its competitors, written for those who can see boxing for all of its parts and still not turn away. It’s recommended reading and can be found on Amazon or at www.hamilcarpubs.com.