As boxing’s top brass pull strings to get the sport up and running again, small-to-mid-tier promoters, like New York’s Joe DeGuardia, are still sidelined twiddling their thumbs.

“The only way you are able to do (boxing) events now are because you get subsidized by television,” DeGuardia said on the Boxing Esq. Podcast.

The Covid-19 pandemic has laid bare an uncomfortable truth for promoters who do not have deep pockets nor the right connections: It’s virtually impossible to do any business without a powerful broadcaster underwriting your operations. To an extent this applies to promoters even in the best of times. With a pandemic currently raging, the line separating the haves from the have-nots has seldom looked starker. Top Rank has ESPN, Golden Boy and Matchroom have DAZN, and PBC has Showtime and Fox. By the end of the first week of August, all four of these power players will have had televised at least one fight card since the beginning of the pandemic. The fights are closed off to the public, so there is no gate revenue, but the license fee from their respective networks enable these promoters to kickstart their business again. 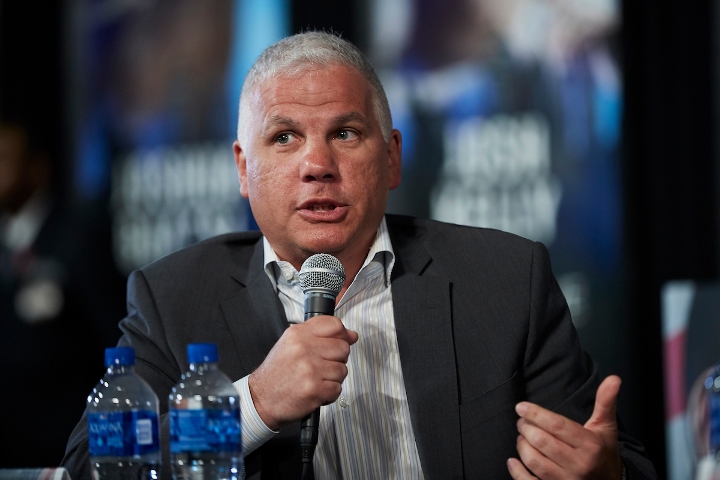 DeGuardia, the head of Star Boxing, a fixture of New York City boxing, is still stuck in the mud largely because he has no pre-existing network deal that he can lean on. In pre-pandemic times, he got by by putting on his longstanding club show series at the Paramount Theater in Huntington, Long Island. But you need a crowd for those shows to work. With Covid-19 regulations barring people from gathering, that won’t be an option anytime soon. Instead, the best DeGuardia can do at the moment is contract out his fighters to a promoter with the networks relationships, in effect, acting as an agent. In DeGuardia’s case, he has two fighters with Top Rank, heavyweight Carlos Takam and light heavyweight Joe Smith Jr., who will fight Eleider Alvarez later in August.

“Certainly we can’t do club shows without fans,” DeGuardia said. “It just makes no sense at all. We have no revenue.”

The situation is even more challenging for DeGuardia, given the location in which he operates. There are the high taxes and exorbitant insurance costs involved in doing a show in New York City. For DeGuardia, the only chance he has of offsetting those expenses is by filling up the seats.

“You can’t have fans right now,” DeGuardia said. “So when you look at that and you think what do we do, do we fight in New York with no fans? One of the values of coming to New York and dealing with the extra costs and regulations and taxes are because you’re able to generate dollars. And you really can’t generate those dollars. You can’t really do press conferences. It’s not like you’re going to get some added value by being in the heart of New York City because frankly it doesn’t exist even…I don’t see it happening until fans are able to be back.”

And that may not be until sometime next year, realistically speaking. Meanwhile, the inactivity will inflict a disproportionate psychic and economic toll on DeGuardia’s up-and-coming talents, like undefeated Anthony Laureano and Boubacar Sylla.

“It hurts the guy that really needs that activity,” DeGuardia said. “The fighters need to be in that ring, and they’re not making big money when they’re in those shows, but they’re advancing their careers and getting on the stage where you can see the light at the end of the tunnel when you have activity.

“You need to have drive in many things in life, but certainly a fighter needs that drive. It’s difficult to get that drive if you can’t get any activity.”