“He didn’t win the fight, but I mean, he definitely made it a lot closer than a lot of people probably expected,” Charlo stated during a virtual press conference recently to promote their Showtime Pay-Per-View main event. “I don’t think people knew that Sergiy’s style – you know, they haven’t seen him as much as they’ve seen Golovkin – but like I said, the fight played out. It was a lot closer than people expected it to be, but he didn’t win the fight.” 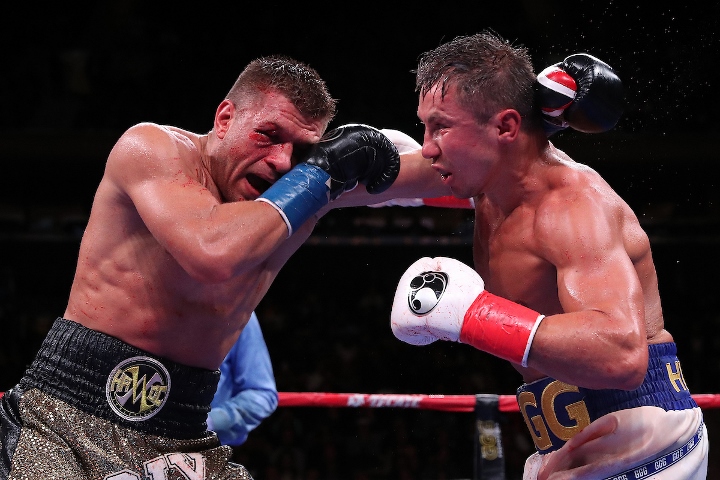 Judges Frank Lombardi and Eric Molinski each scored seven rounds for Golovkin and had him ahead 115-112 when their fan-friendly fight concluded. Judge Kevin Morgan scored six rounds apiece for Golovkin (40-1-1, 35 KOs) and Derevyanchenko (13-1, 10 KOs), but he gave Golovkin a one-point win due to the questionable knockdown Golovkin produced during the first round.

CompuBox credited Golovkin for landing only 13 more punches overall than Derevyanchenko (243-of-720 to 230-of-738). Derevyanchenko connected with more punches against Golovkin than any previous opponent, according to CompuBox, in the IBF middleweight champion’s 11-year, 42-fight pro career.

Ukraine’s Derevyanchenko, 34, hasn’t boxed since Golovkin edged him in their fight for the then-vacant IBF middleweight title October 5 in New York. The 2008 Olympian is the number one contender for Charlo’s championship, but Houston’s Charlo (30-0, 22 KOs) opted to face Derevyanchenko before the WBC declared him Charlo’s mandatory challenger.

On paper, Derevyanchenko is the toughest opponent Charlo has agreed to face since the former IBF junior middleweight champ moved up from the 154-pound division three years ago.

Numerous Internet sports books have made Charlo a slight favorite to win what will be one of two main events of Showtime’s six-fight, day-night pay-per-view event September 26. Jermall Charlo’s twin brother, Jermell Charlo (33-1, 17 KOs), is scheduled to meet Dominican champion Jeison Rosario (20-1-1, 14 KOs) in the other main event – a 12-round, 154-pound title unification fight for Charlo’s WBC title and Rosario’s IBF, IBO and WBA belts.