Jade O’Dowda added 180 points to her heptathlon PB as she retained her English title with a 6224 England Commonwealth Games qualifying score – beating Katarina Johnson-Thompson’s score at Götzis although missing the European Championships standard by just 26 points. 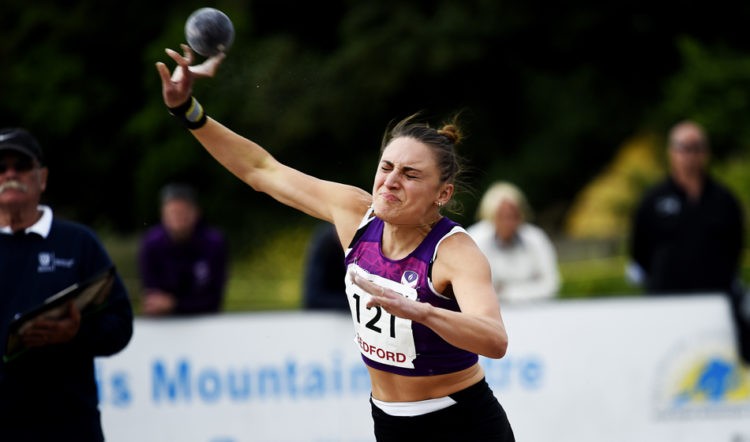 In the men’s decathlon, Harry Kendall, who had scored 4158 points overnight, carried on his good form to win with a 7843 point score to add 542 points to his previous best and gain an England Commonwealth Games qualifier. 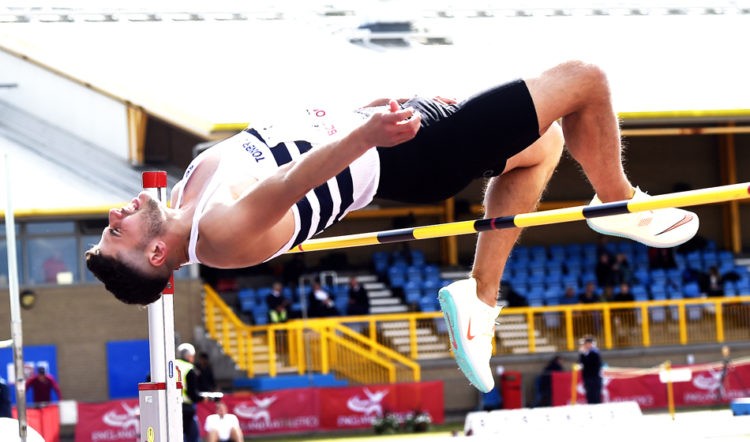 Abigail Pawlett improved her PB to 5706 points to set another world under-20 standard and that places her fourth in the current world under-20 rankings. 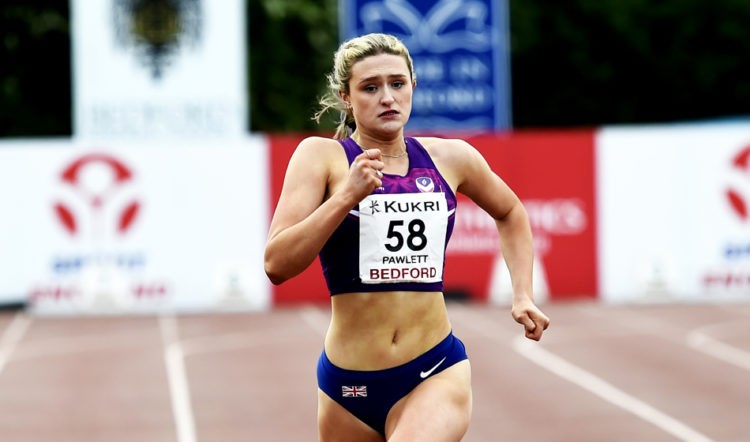 Eloise Hind (5448) and Madison Hutton (5051) took the other medals with Hind also bettering the world under-20 standard.

Another exciting prospect Sammy Ball, just 17, dominated the under-20 decathlon with a 7361 points score – over a 1000 points better than his previous completed decathlon and again in advance of the world under-20 qualifier. 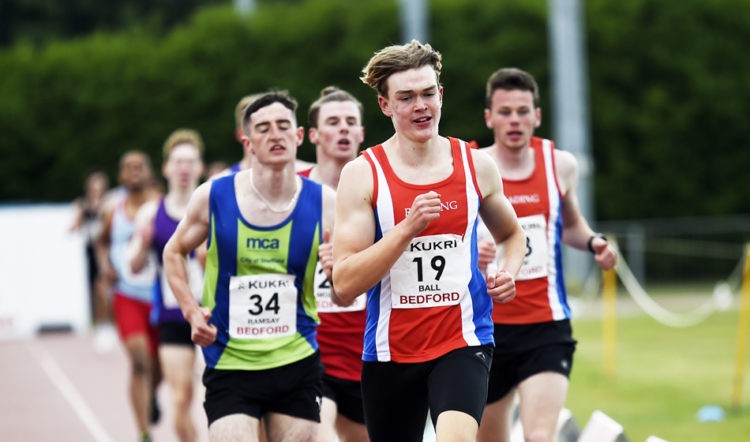 Nwafor’s mark was a Euro under-18 qualifier as was runner-up Seren Rodgers’ 5233 score.

Buoyed by his sub-four minute mile in Stirling at the 5th Monument Classic the previous week, MacMillan smashed his personal best to win in 3:40.60.

That time was also inside the Scotland qualifying standard of 3:40.77 for the Commonwealth Games. 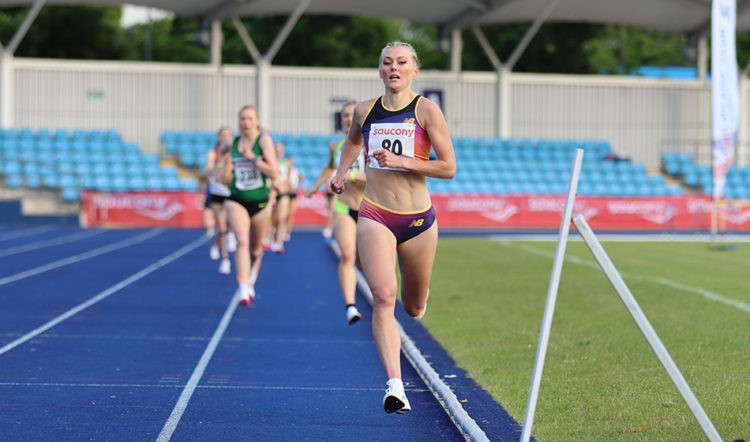 The men’s two-lap A race went to Angus Harrington in a PB of 1:48.58, just a few weeks after he won the B event in the opening Grand Prix at Birmingham University.

The Sport City meeting has traditionally attracted some of the country’s best young talent and Saturday’s meeting was no exception with a number of qualifying times for the European Under-18 Championships in Israel recorded.

Jess Bailey already has the qualifying standard for the 3000m and the 15-year-old Leven Valley athlete now has the 1500m too after winning the B race in a PB of 4:22.71, well inside the 4:26 qualifying target.

Also inside that target on Saturday was 16-year-old Shrewsbury runner Iris Downes as she ran a PB of 4:23.02 to finish eighth in the A race.

Also inside that mark were fellow Scotland runner Tendai Nyabadza of Harmeny. The 16-year-old won the C race in 3:47.86 while Exeter’s 17-year-old Sam Mills was fourth in 3:49.49. 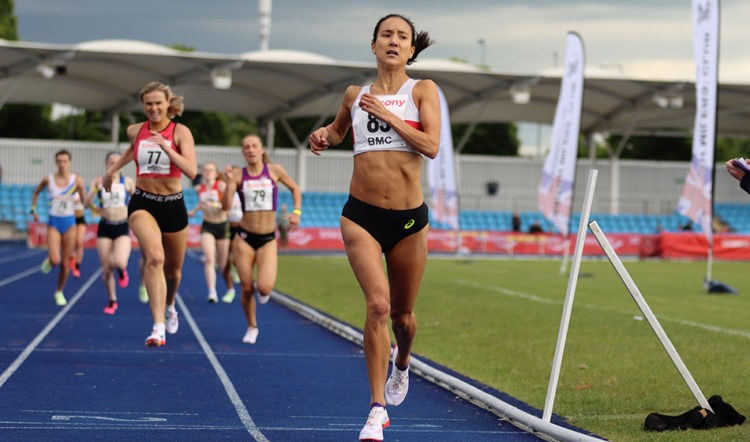 Top-ranked Charlotte Parbury won the under-13 javelin with a 38.15m throw which is significantly further than the top boys of the age-group have managed with the same 400g implement so far this summer.

Mitchell-Blake also won a 200m in 20.75/-3.4 though the significant headwind slowed times. 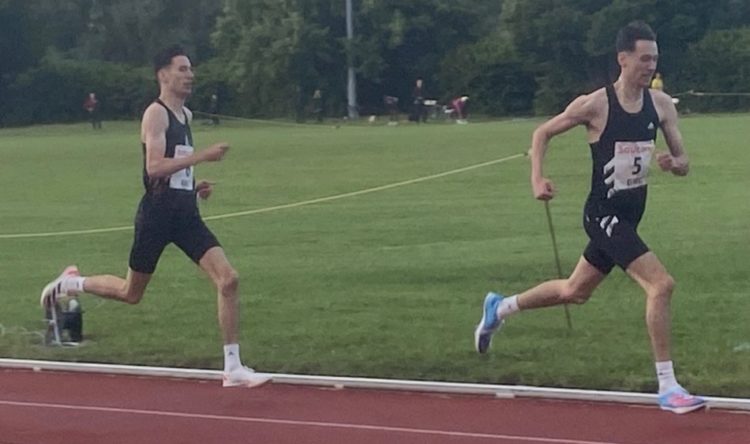 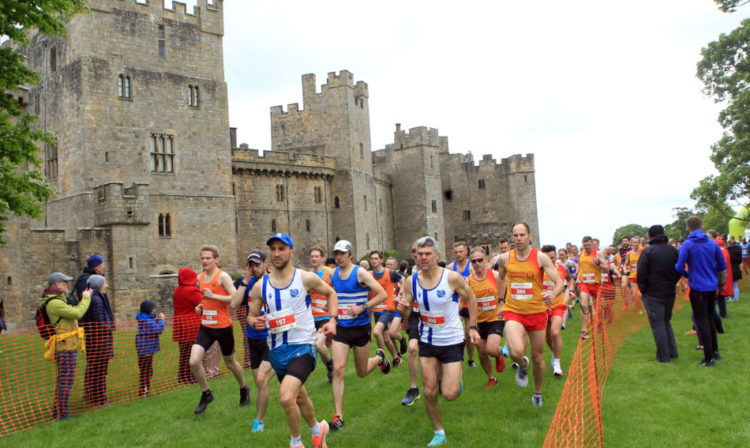 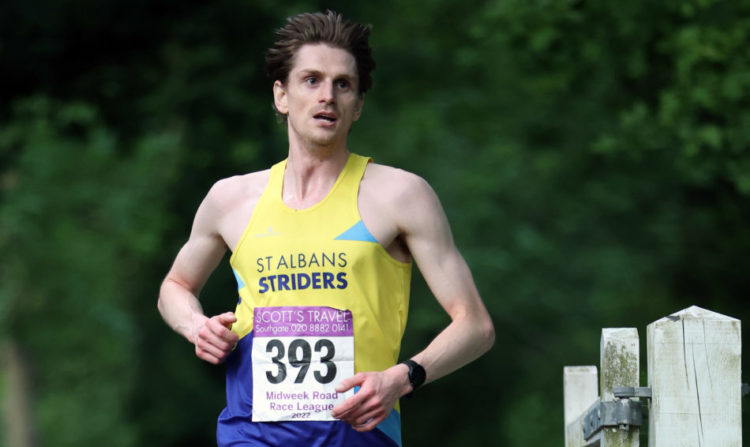 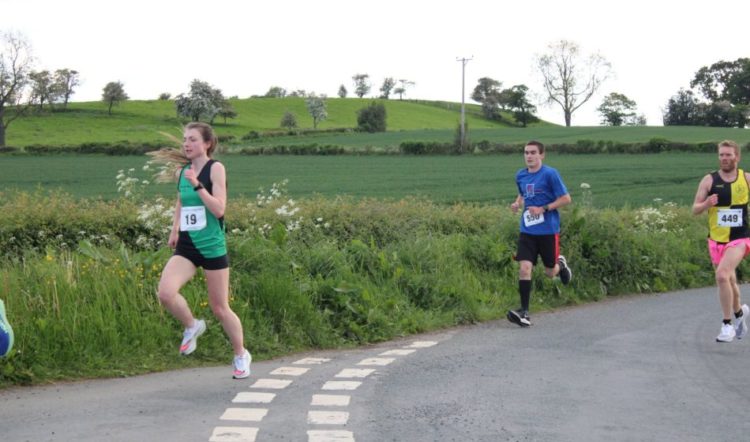