As of now, it’s radio silence from Team Joshua, and it’s unknown whether the December 3rd fight with Fury can be salvaged or not. If they can’t agree to a deal, it’s going to be interesting to see who Joshua (24-3, 22 KOs) and Fury are facing in December.

Joshua and Hearn haven’t mentioned a plan B option for December, and it’s difficult to imagine them taking a risky fight against Deontay Wilder, Joe Joyce, or Filip Hrgovic.

Fury has talked about wanting to fight Manuel Charr, but it’s questionable whether he’s serious about that. He’s got to know that if he fights Charr, he’s going to be laughed at by the boxing public, and he’s going to look like a cherry picker.

“This week, the last issue we were told was Joshua said he doesn’t like the fact we have the final say if we can’t agree on something. So we said, ‘let’s put an independent person in the middle to have the final say on any disputed matters.’ But nothing came back on the proposal,” said Frank Warren to the Dailystar about the Tyson Fury vs. Anthony Joshua contract situation.

‘There’s still radio silence, still no returned calls or responses to emails or updates (except for Eddie talking to the press on Thursday saying they were sending the contract over on Thursday; it hasn’t arrived yet!)” said Warren.

It might have been a little too ambitious to think that a fight between Joshua and Fury could be quickly negotiated in time for a December 3rd fight.

“I think we have AJ backing out at this point because they’re not happy with the terms, and they can’t get the terms that they want, or it’s an excuse about the commercial value,” said Gareth A. Davies to iFL TV about his belief that Anthony Joshua & Eddie Hearn will be out of the fight by this Monday.

“Where does it leave both fighters for December? They both want to fight in December.” 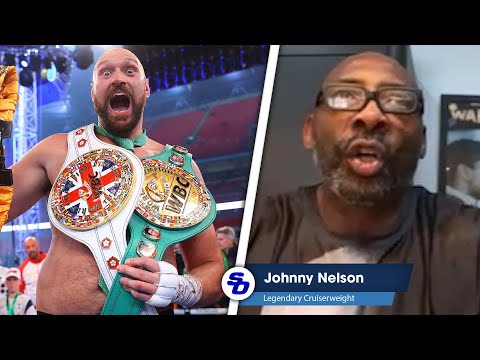