By Barry Holbrook: Gareth A. Davies says by Monday, the Tyson Fury vs. Anthony Joshua fight will be dead. Davies says there’s a “backing out” process going on with Eddie Hearn and Joshua because they’re not happy with the contract.

It would take many weeks for the contract situation to be settled, and there isn’t enough time for that to take place before December 3rd.

Fury (32-0-1, 23 KOs) is putting himself in a position where there’s going to be a huge backlash against him if he goes through with his poorly thought out idea of fighting Manuel Charr.

That’s a fight that won’t sell, and Fury is going to put his promoters in a bad spot if they book the Principality Stadium in Cardiff. If they take that risk of booking the stadium for the Fury-Charr fight and only a small number of fans purchase tickets, it’s going to be a huge disappointment.

Of course, Fury could fight Joe Joyce, but the risk of him losing would be too high for him to take that chance.

“It looks like they’re backing out of it. I do understand Eddie Hearn’s comments. It takes a long time to get the deal over the line,” said Gareth A. Davies to iFL TV about the Anthony Joshua vs. Tyson Fury fight.

“I’ve got the feeling that Eddie Hearn and the management team of Joshua aren’t happy with the conditions in the contract, and maybe Queensbury isn’t happy to yield to all of those demands. Eddie said it could take weeks, and that puts it out of the mainframe.

“You actually need the fight signed for those guys to go into camp and start selling tickets and all of those kinds of things for a big event like Cardiff. I’m still skeptical. It’s Friday. I think by Monday, it’s probably dead, this fight. I think they’re backing out. I think it’s more likely Joshua & Eddie are backing out.

“I feel like there’s a backing out process going on here. On Tuesday, Frank Warren kind of replied to me that Tyson had made his decision. Obviously, they were still talking behind the scenes. A further announcement from Fury that they have until the end of Thursday.

“That was because he’d seen the adjustments in the contract, and he was kind of talking around that himself. ‘We’ll give you co-promotion and all that kind of stuff.’

“Now Eddie Hearn is saying there are details within the commercial value of Anthony Joshua where his commercial partners, and I don’t think that includes DAZN. Although it may be incrementally besides DAZN can’t get what they want.

“Fury wants to fight in December. I don’t think we want to see him fight Manuel Charr. I don’t think that does a lot. Does that really sell out the Principality Stadium? It’s more of an O2 fight, in my view.

“I can’t see 70,000 people, even though he’s so popular, going to see him fight Manuel Charr,” said Davies. 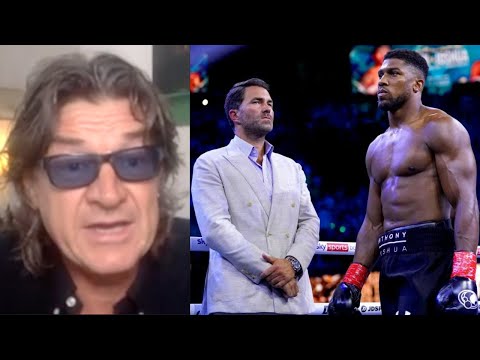