By Adam Baskin: Deontay Wilder vs. Robert Helenius card has an asking price of $74.99 on FOX Sports pay-per-view on October 15th. The event kicks off at 9:00 p.m. ET.

While some boxing fans are complaining bitterly about the Wilder-Helenius PPV price, it’s actually a great deal. This is the same price as the recent Andy Ruiz Jr vs. Luis ‘King Kong’ Ortiz card on FOX Sports pay-per-view, and that was an excellent fight.

Not only will fans get the opportunity to see a bang-up main event fight between the knockout artist Wilder (42-2-1, 41 KOs) and the hard-hitting Helenius, but the co-feature bout between former IBF super middleweight champion Caleb ‘Sweethands’ Plant and former two-time WBC 168-lb champion Anthony Dirrell is good enough to be a headliner on its own.

Plant (21-1, 12 KOs) is coming off an 11th round knockout loss to Canelo Alvarez last November in a thrilling contest. If Plant defeats Dirrell, his next move is to take on Jermall Charlo or David Benavidez. He wants to beat both of those fighters to get in a position to challenge undisputed super middleweight champion Canelo Alvarez for his four titles in 2024.

Also on the card, heavyweight contender Frank Sanchez will be facing Carlos Negron, and bantamweight contenders Gary Antonio Russell and Emmanuel Rodriguez will be meeting in the first fight of the PPV portion of the card.

Former WBC heavyweight champion Wilder is looking to turn his career around after losing his last two fights against Tyson Fury. Wilder’s trainer Malik Scott has made a lot of changes to his game, employing movement & boxing techniques to improve the flaws that he has in his game.

On top of that, Wilder has done a lot of work on his cardio, working out on the track to reduce his weight from the 230s to what could be the low 220s to make sure he doesn’t gas out as he did in his last fight against Fury.

This is a make-or-break fight for Wilder against Helenius, as he cannot afford to lose this fight if he wants to continue to be one of the elite-level heavyweights in the division. If Wilder loses to Helenius, his career will be as good as over with. 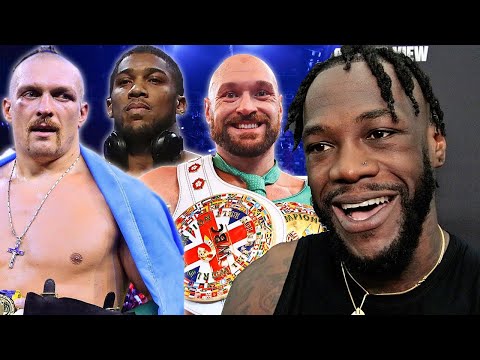